The Mobile Phone Market after LG – what next?

The smartphone is going through another revolution, a corporate revolution. LG is the latest big vendor to throw the towel and putting a stop to its phone unit, like Ericsson, Motorola, Nokia, Blackberry, HTC, Alcatel and many other manufacturers before.

The number of brands in the space is thinning fast with few “premium players” remaining on top – Apple and Samsung dominate the segment and very few contenders are left to fight for a far third place. A number of vendors are chasing the low margin/low cost /low innovation segment: simple smartphones for the masses. This is not a segment of  interest for an established electronic brand such as LG or Sony – they would dilute their brands and engineering know how. LG realised  that ‘stuck in the middle’ was a pretty bad scenario: unable to charge a premium, but too expensive a build for a low retail price. 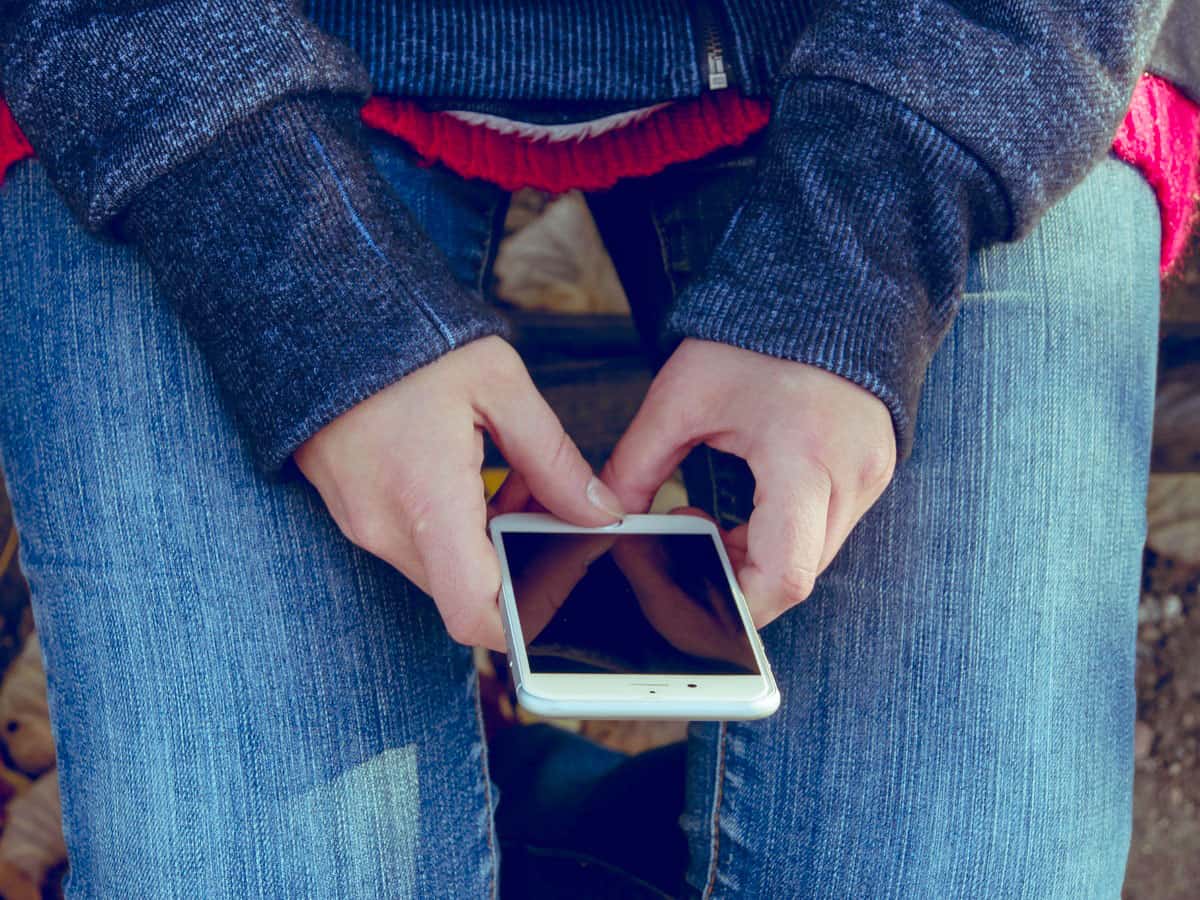 According to MEF Data, in January 2021, LG accounted for 2.6% of all smartphones in use globally (see graph below). Apple and Samsung are each more than 10 times that figure.

Huawei is still number 3 in the ranking for installed base with 13.7% despite having stopped its steadfast growth in 2020 after issues with a USA ban and its related supply chain issues (0.2% growth).

Instead Xiaomi is looking squarely at the premium position and hopes to overtake Huawei in installed base (it is already number three in new device shipments) it scored a 2.9 p.p. increase since 2020.

The top 4 vendors represent 81% of the overall smartphone installed based, Apple and Samsung 58.3% together. It is difficult for other players to reach this scale and the marketing and loyalty factors these companies are establishing.

The multi-color, multi-shape mobile phone of the 2000’s is now the grey slab smartphone. LG tried hard to innovate on form factor: it introduced a T shaped phone, and a banana like curved phone. None was a clear success, form factor has not proved enough to generate differentiation in the market.

LG has lost $4.5 billion so far on its mobile phone unit overall. On April 5, LG announced that it will wind down this unit by 31 July 2021 (expect LG phones to be on shelves/e-commerce sites until the end of 2021)

Fittingly, Apple’s new product presentation two weeks later included a new color for the iPhone 12 (purple) and support for an object finder accessory linked to the iPhone (AirTag) and easier user experience / integration with its new iMac personal computer, the presentation itself was an Hollywood style movie with special effects. The difference is stark: the soft and software skills of Apple vs LG’s manufacturing expertise. 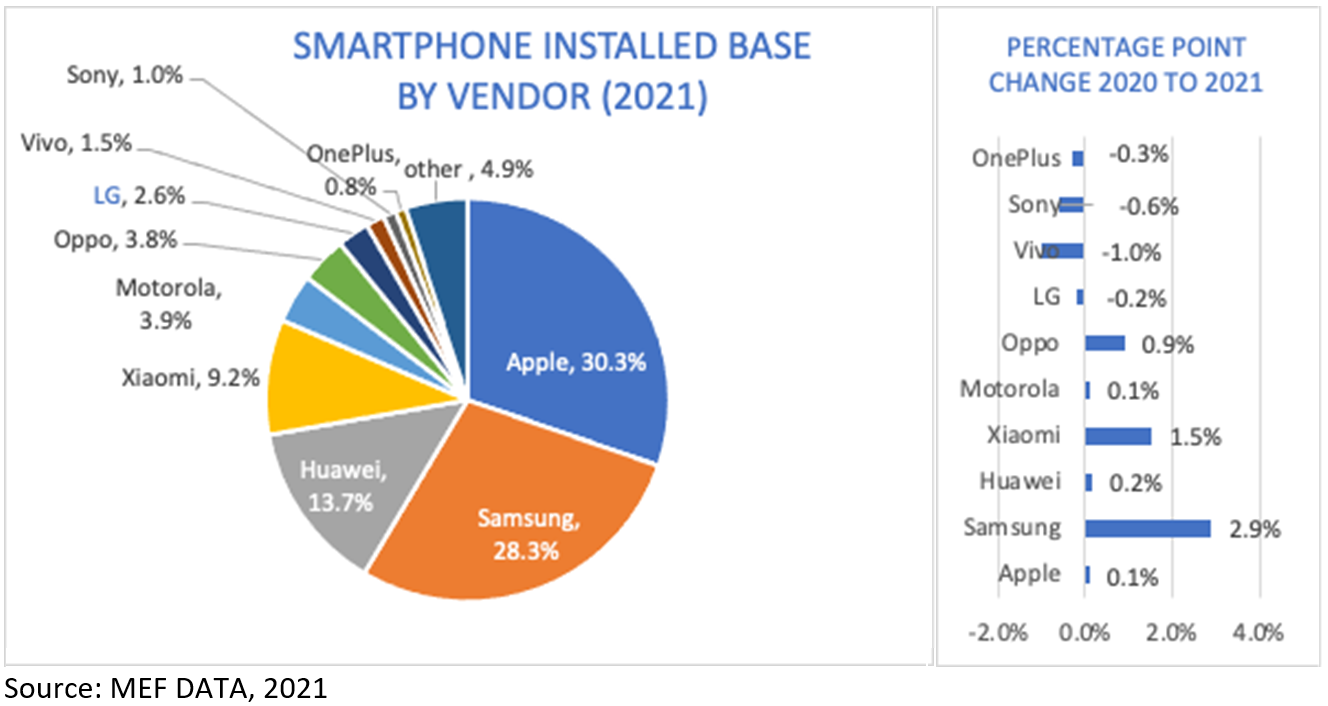 Recently, incremental advancements were mostly about cameras. However, by now there are more camera lenses on the back of a smartphone than blades in Gillette’s razor. We might have plateaued the camera feature war with night vision, 4K video, and 100x zoom – way beyond most consumer’s potential demand.

The soft innovation around the ease of use of peripherals (watches, loudspeaker, assistants etc) and the software collating them is what is generating loyalty today. This ecosystem-play and strong marketing have towered simple manufacturing prowess.

The smartphone market is becoming very mature, the epitome for a change in the market. However, competing successful ecosystems have failed to break into the mobile market: Amazon, Microsoft and Facebook have all tried.

The real threat to the status quo today is the discussion on regulatory intervention: breaking up ecosystems by governments is the most likely agent of change. There are multiple reviews on Google’s and Apple’s role in the market and the vertical integration in their ecosystems. It should not be a surprise, the only recent significant change to the market dynamics, Huawei’s weakness, has been produced by a USA ban. However, the potential of intervention is effectively remote in the short term.

More concretely, we should expect more market concentration by the main players Google, Apple and Samsung, and possibly more brands throwing the towels just like LG. And yes, expect one more bigger and better camera lens on the back of your next smartphone. 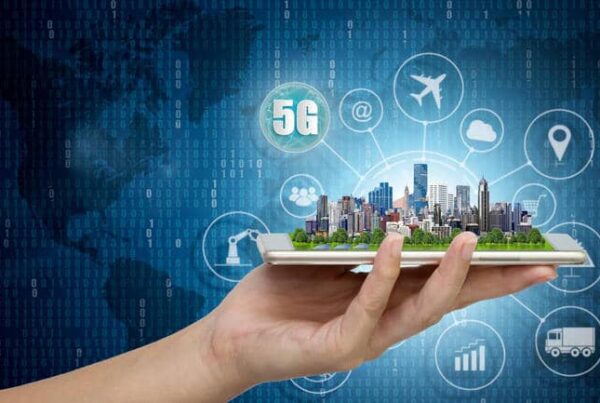 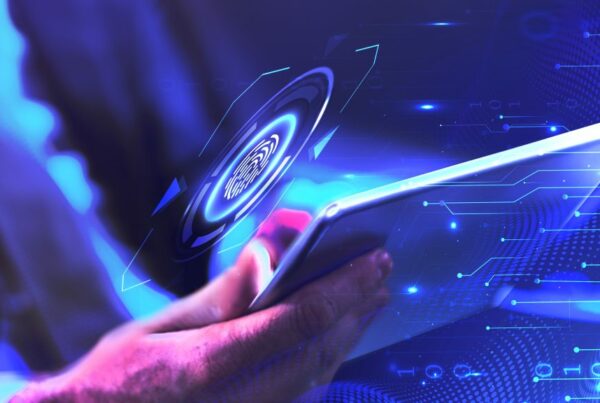