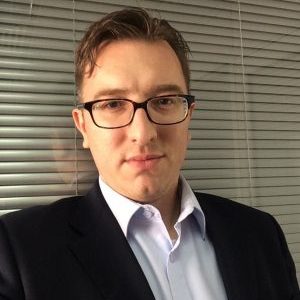 Dario’s experience in the mobile industry goes back to 1999; first as a consultant for Ovum advocating for to the nascent Mobile VAS, then launching the first Mobile Internet in Europe with the T-Mobile group. More recently expanding the concept of innovative partnerships between telcos and digital players in Asia and the Middle East, for Ooredoo (Qatar, Indonesia, Myanmar) and Axiata (Indonesia) and as Director of Products for MTS, the leading Russian Telecom. Over the year he has also taken non executives director roles in IoT and Digital Marketing companies.  In February 2019 Dario took over the role of CEO at the Mobile Ecosystem Forum, after a long collaboration with the organisation.

Dario’s focus is in creating new business opportunities in the fast changing digital world,  and he enjoys the cultural challenges of working in different countries. 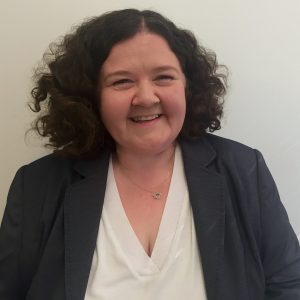 Joanne joined MEF as COO in 2013 to oversee its global programming and PL. She was appointed to the global board in November 2018. She leads the MEF team to deliver a roadmap of industry programmes and member services including events, knowledge sharing platforms as well as MEF’s award winning blog. She is responsible for the development of its industry partnerships and oversees MEF’s Future of Messaging Programme which through cross-stakeholder collaboration tackles fraud and promotes the enterprise messaging channel.

Joanne has worked in the mobile industry since 2000 helping to establish the nascent mobile games ecosystem with market pioneer I-play (Digital Bridges) and later more broadly looking at mobile entertainment services with Player X / Zed Worldwide. She has worked across the mobile ecosystem partnering with MNOs, solution providers and content owners. 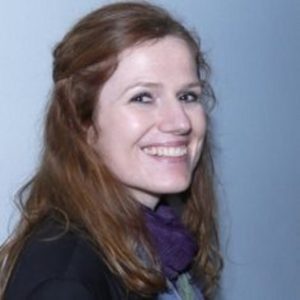 Ewa joined MEF in 2013 as Member Services Manager. Prior to MEF, Ewa worked at GSMA, where she managed membership of operator members from all over the world.

She is experienced in databases and business to business membership management and development.

Ewa has been involved in various internal projects and regional and global events including Mobile World Congress. Before joining the mobile industry she worked at Bartercard, the world’s biggest business to business trade exchange. 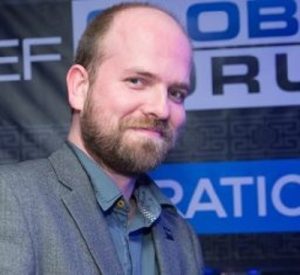 Sam Joined MEF in 2012 as Communications Manager for MEF globally. Sam is a digital marketing specialist who has previously worked for the premium rate phone regulator in the UK.

Sam manages the day to day global communications and social networks for MEF and built and maintains content on the website.

He can usually be found at events reporting for MEFTV, and created and edits the MEF Minute – the award winning mobile industry oriented blog. 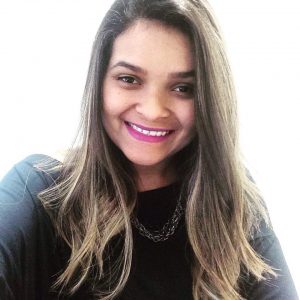 Carol joined MEF in September 2016 as the Member & Marketing Coordinator of the LatAm Chapter. Carol graduated in Advertising & Marketing from Anhembi Morumbi University. Prior to MEF, Carol worked as Marketing Strategist in retail companies and as Digital Business Developer in a Portuguese digital agency based in Brazil.

As part of MEF’s digital marketing team, Carol supports MEF’s programmes and events roadmap, with an emphasis on Future of Messaging Programme. She is also responsible for member engagement in Latin America. 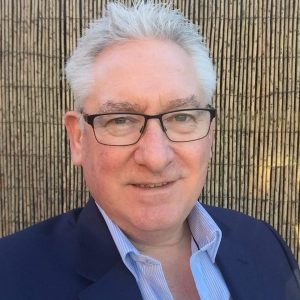 Mike has worked for fixed/mobile operators for over 35 years in a number of product management & development roles covering voice, data and messaging services. In recent years he has focused on the development of policy, operation and policing of compliance regimes for payment services used in mobile billing applications. He has worked closely with MNO’s, regulators, aggregators and merchants to optimise payment flows and has been a member of the cross-network Payforit Management Group for over a decade – pressing for greater clarity in merchant service promotions.

After many years working at BT/O2, Mike left in 2017 and set up as a consultant, taking on an assignment with EE – where he worked to improve the due-diligence in carrier-billed merchant services and drove a reduction in consumer complaints.

Mike joined MEF in November 2018 as Project Director. Initially he is focused on driving fraud prevention initiatives within industry – specifically on the SMS anti-phishing project. 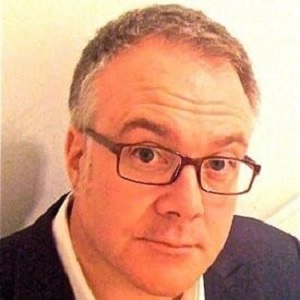 Iain is a MEF Advisor and has, since 2012, worked extensively with mobile network operators across Europe and the Russian Federation to drive adoption and uptake of the GSMA’s Mobile Connect identity, RCS and Smart Cities initiatives.

Prior to this, he ran third-party Messaging at Telefonica O2 UK from 2002 until 2010, working with Aggregators and Brands (Lloyds, ITV, C4, et al), driving the uptake of premium and bulk services and managing the issues of self regulation (PayForIT, a UK joint-MNO initiative), and subscriber protection. 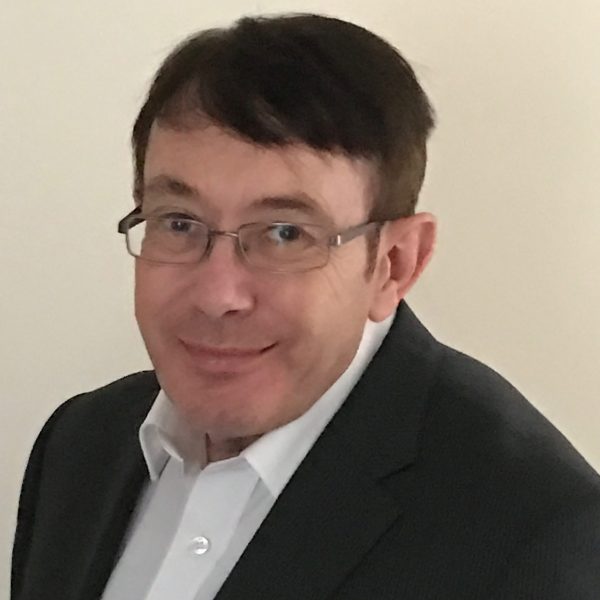 Andrew is a highly experienced TMT (telecoms, media and technology) consulting, research and strategy professional. During his 25 year career, he has provided strategic advice and insight to a broad range of communications service providers, vendors, regulators and financial institutions. He has held leadership roles in leading advisory firms including Analysys Mason, Ovum, KPMG, IDC and worked as an in-company strategist for BT.

He has worked across a wide range of TMT markets with broad experience in consumer and enterprise and a strong focus on the mobile sector. More recently, he has focused in the areas of IoT and Smart Cities. He has helped organisations with strategy development and implementation, competitive positioning, product development, forecasting, business planning, go-to-market solutions, regulatory issues, transaction support and due diligence. 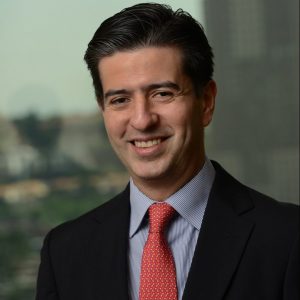 Valter joined MEF in 2019 as LatAm Director.  In this role, he leads MEF LatAm in supporting its regional membership through a range of industry programmes, advocacy initiatives and regional events.

Valter serves on the Brazilian Artificial Intelligence Association, which is focused on leveraging innovation and new technologies. Within the association, he chairs the Engagement Committee, working to support the market development of BOTS among other innovative initiatives.

Prior to joining MEF, Valter has worked as Director of Strategic Engagement at the GSMA, where he established the GSMA’s first legal entity in the region. Previously he worked as the Head of Market Intelligence of Nokia Networks and Business Developer Manager of Siemens Communications. 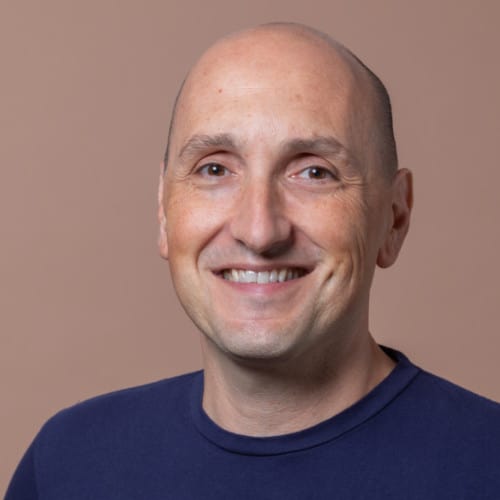 Daniele is a Technology entrepreneur that is “all-in” to high-growth blockchain ventures, that leverage upon highly scalable disruptive business models and great customer experience.

With almost 20 years of experience in various roles In Technology, Finance and Telecommunication, Daniele brings deep technology and market understanding and end-to-end expertise of company’s start-up, growth and maturity across complex ecosystems and brand new technologies like blockchain, AI. 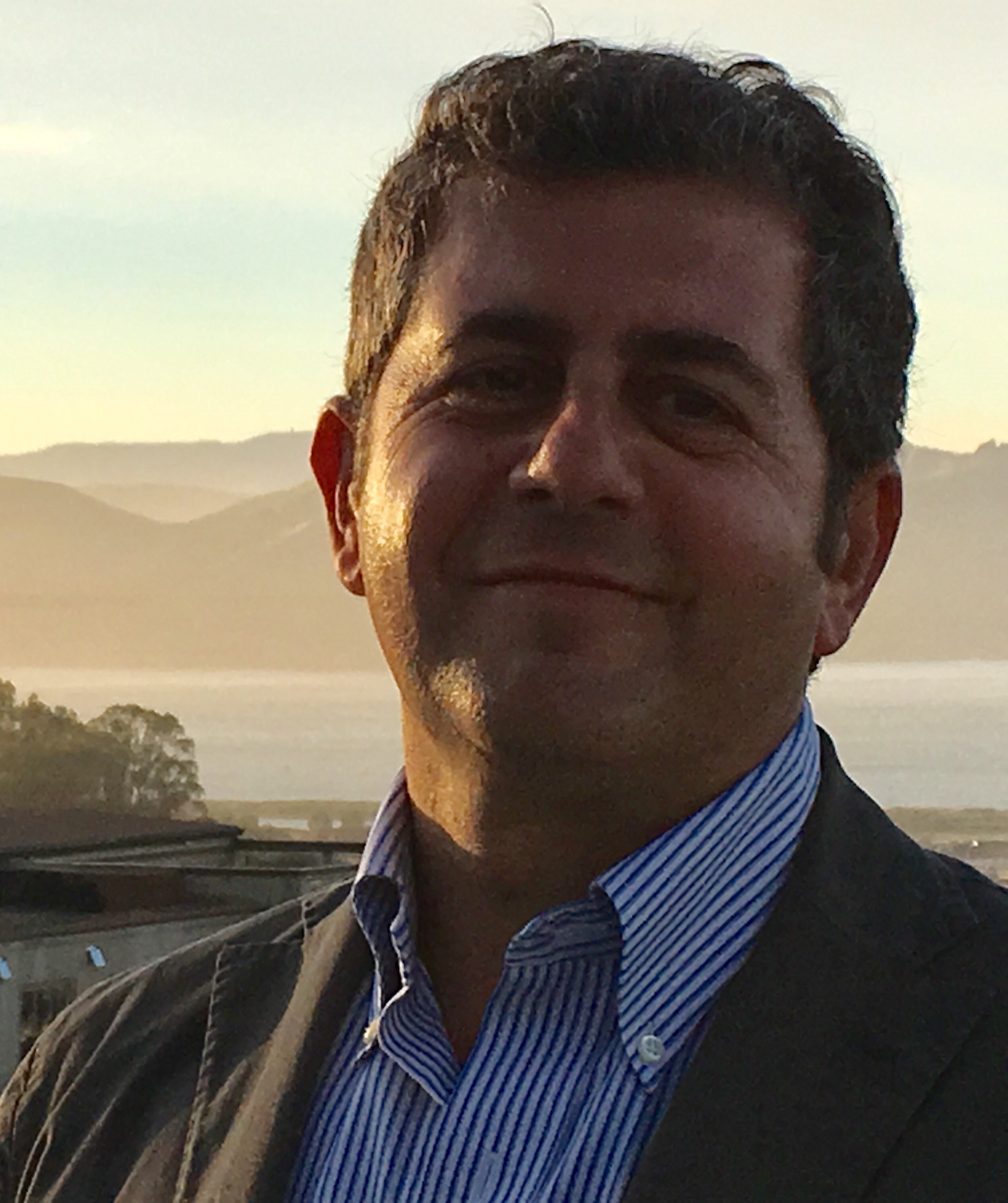 Gianluca is a pioneer in Mobile Tech with 25 years of international experience in European companies as a Manager, Entrepreneur and Investor.

Today, he is a passionate advocate for start-ups, often in liaison with angel networks (London Business Angels and Italian Angels for Growth) and he’s serving as a Board member in public and private companies in UK, The Netherlands and Italy.

He’s also Senior Advisor for a few other tech companies, including the company he founded in 2007, Neomobile SpA, now named DigitalGo and owned by Softlab Group

As CEO of Neomobile, he grew the business organically and via M&A between 2007 and 2015, to make it  a global mobile monetization platform for content and one of most successful Italian tech companies.

Previously he held a variety of management roles in corporations such as KPMG, TIM and Telecom Italia.

You can customise the content and frequency of communications in our email preferences centre.

See our privacy policy for further details how we manage your personal data. We never share your data with third parties and you can opt out at any time.

Do NOT follow this link or you will be banned from the site!
This site uses cookies Find out more