Huawei AppGallery: time to bet on the new App Store?

The idea of a third App Store, probably makes many app developers shake their heads furiously. The market has long been dominated by the Apple and Google stores, and many others have already struggled to build any kind of position including BlackBerry, Amazon and Samsung. The latest company to try is Huawei, just as the USA imposes an effective stop to the Chinese vendor’s ability to source chipsets. 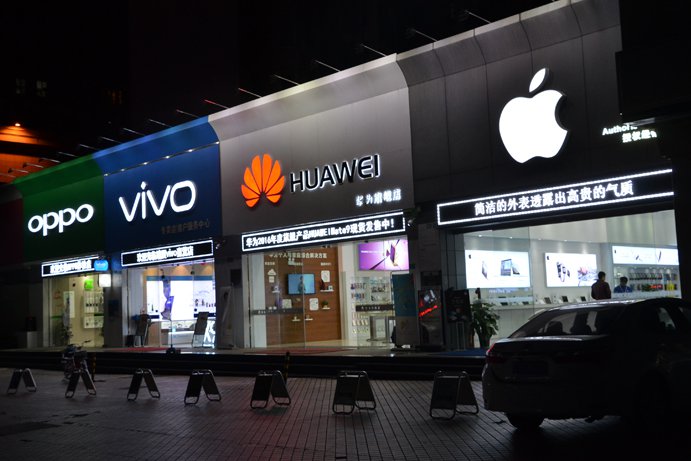 All in all, interest among developers should be minimal. Yet, the opportunities of the existing Huawei user base should not be easily discounted. It has users (mostly in China of course, but China is a prime mobile market), it has a smaller app catalogues (meaning better visibility for developers) and it offers a better revenue deal than Google or Apple.

Maybe a third App store is not so crazy an idea after all.

Surviving the stop to smartphone production

AppGallery is probably not the ‘next big thing’ as Huawei called it during IFA 2020 and later at their developers’ event. The presentation of a new strategy ‘1+8+N’ is a touch complicated to explain. It could be easier to say that Huawei is doing what it can to survive.

After the USA banned Huawei to use American technology the vendor is pivoting to its own software services, no-phone hardware (wearables, PCs etc.) and opening up to other equipment vendors. Essentially Huawei needs to create a completely new chipset for its smartphones.

All in all, interest among developers should be minimal. Yet, the opportunities of the existing Huawei user base should not be easily discounted… Maybe a third App store is not so crazy an idea after all…”

Huawei produces its own smartphone processors via its unit HiSilicon but it embeds proprietary software in its chipsets with components from USA companies such as Cadence Design Systems and Synopsys. In addition, TMSC, the Taiwanese company that manufactures the chipsets for HiSilicon, utilises tools made by USA companies to produce the chips for Huawei. All of that is not permitted under the US ban.

HiSilicon chipset productions stopped on the 15th of September 2020. Huawei should have enough stock for another 70-100 million devices, and it will slowly release its products over the next 9 months.

Will the company manage to develop a non-American chipset and stage a comeback? It is possible, after all Huawei has spent 82 USD billion in R&D in the last ten years, but it is still a risky medium-term bet.

Despite the stop in production for the Huawei smartphones, the AppGallery could be a strategic choice for app developers.

Huawei’s large install base is key. MEF reports Huawei to be the third most common smartphone for users globally, with 13% market share and a number of single adult active users of 436 million at January 2020. Huawei reports 460 million total active users, mostly in China with only 33 million of them in Europe. In either case a lot of users have a Huawei smartphone in their hands.

Second, if you are interested in the Chinese market, then AppGallery is giving you a prime opportunity to enter into this mature prime mobile market. Game and app developers should be considering the potential carefully.

Finally, to make the offer more enticing the revenue-share offered to developers is 85% or more, 15 percentage points more than offered by Google and Apple.

For some developers out there, these numbers should be good enough to build a business case on, and worth the attempt to convert some of their existing titles.