Global Board of Directors

Established in 2000, The Mobile Ecosystem Forum is a global trade body that acts as an impartial and authoritative champion for addressing issues affecting the broadening mobile ecosystem. We provide our members with a global and cross-sector platform for networking, collaboration and advancing industry solutions. The goal is to accelerate the growth of a sustainable mobile ecosystem that drives inclusion for all and delivers trusted services that enrich the lives of consumers worldwide.

MEF board members play an active leadership role in contributing to the direction of MEF, helping the organisation to champion and develop global initiatives and programmes across an international ecosystem while delivering value to the Members.

Andrew has been the Chairman of the Global Board of MEF since 2008. He helped found MEF in 2001 and has been re-elected to its Board every two years since then without interruption.

The founder and CEO of iProov, a pioneer in usable biometric identity authentication for mobile transactions, Andrew was also Founder, CEO and Executive Chairman of mBlox, the SMS aggregator.

Andrew is also the Non-Executive Chair of Passiv Systems, a leader in the smart energy/IOT industry. He previously served on the Board of the PhonePaid Services Authority, and of the London-based, FCA-regulated financial services business ETX Capital. Andrew is a Chartered Engineer and Fellow of the IET, with a degree from the University of Cambridge. 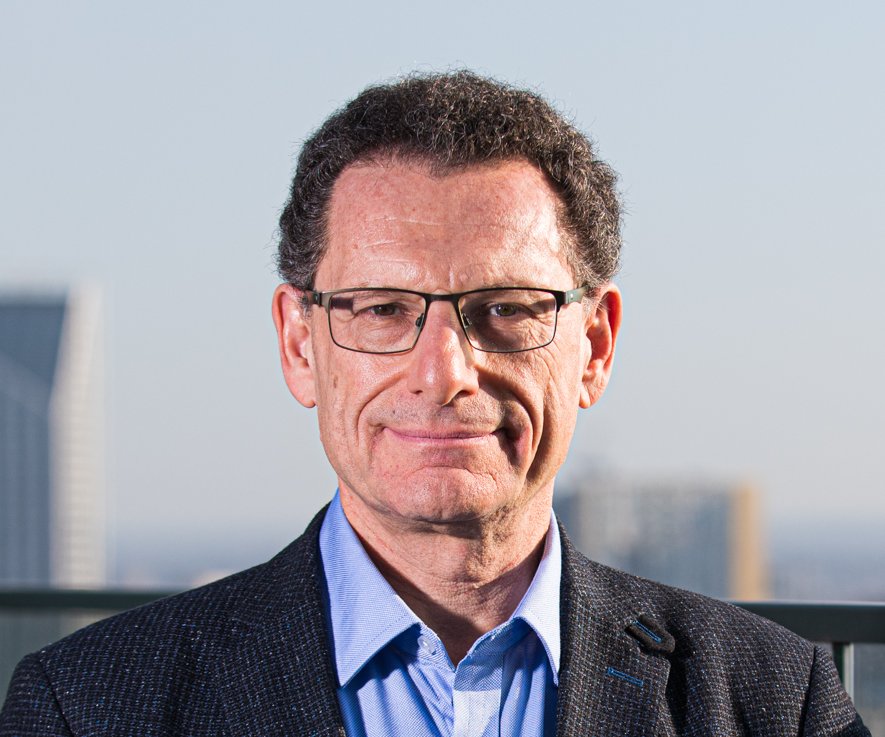 As Chief Evangelist Robert is a brand ambassador for Sinch and drives growth strategy by providing input and direction to the product and technology teams and by engaging with customers and partners around the globe. 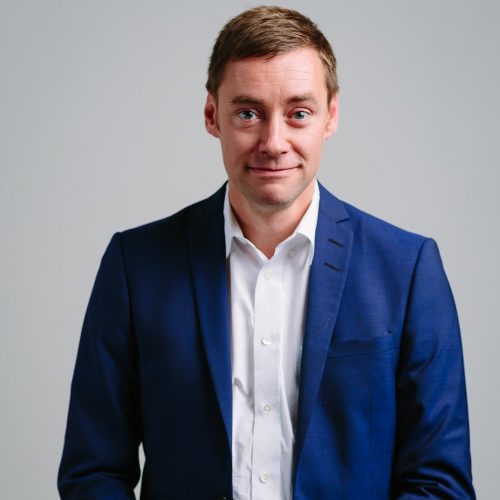 Virginie Debris is the Chief Product Officer at Global Message Services, driving GMS internal product development while contributing her invaluable insights to MEF projects. She has been working in the mobile industry for 20 years, occupying various positions in top international companies, and was instrumental in the evolution of Sybase 365 as it became one of the leading messaging businesses in the world.

Her past roles have covered numerous areas of expertise from business development to international operations and product management. Virginie has honed this experience providing services for both operators and enterprises, gaining a profound appreciation of all aspects of the telecoms sphere in the process. 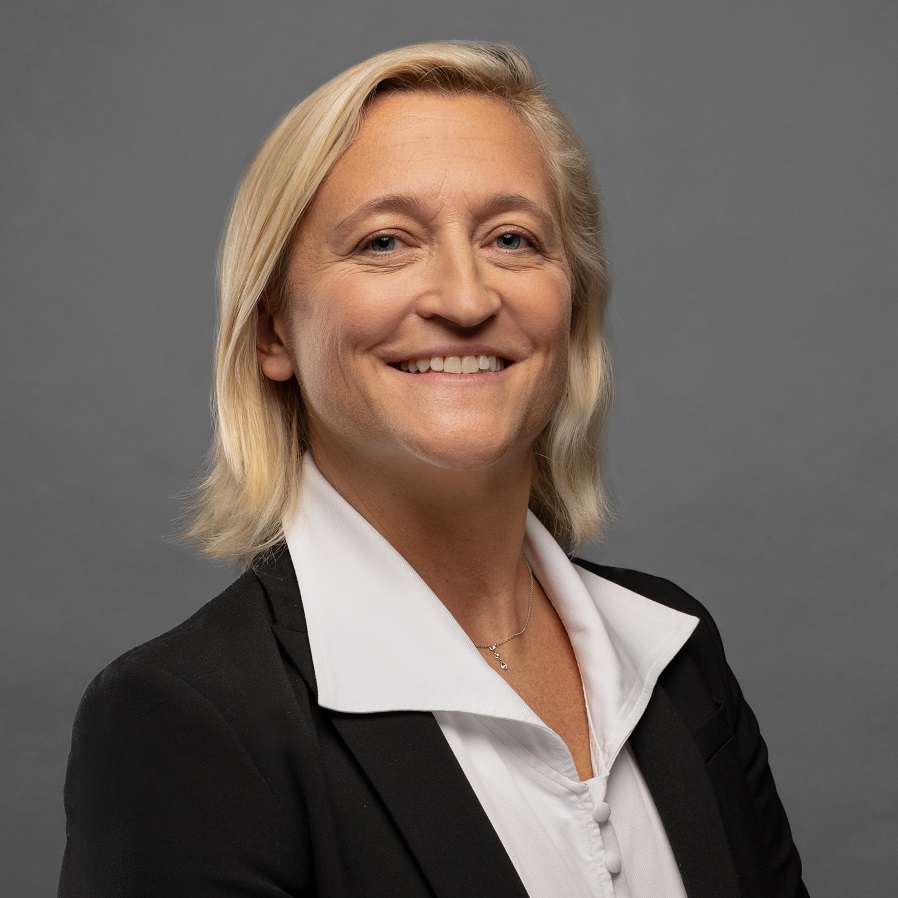 Following a successful career within Infracast for over 8 years, I have continued with my passionate approach to high quality messaging within IMImobile, now being responsible for connectivity for the billions of personalised communications which are transmitted by the IMImobile group to consumers every year. This volume has been earned by applying the ethos of MEF and focussing on high quality routes to give the best quality of service to business customers and building their confidence.

We are now in our 4th year of active MEF membership and have introduced many others to the forum with the goal of improving the messaging eco-system for the benefit of all. Most recently I have being heavily involved in bringing the UK mobile operators together to ensure a future successful outcome with MEF for the ‘Smishing’ initiative. This initiative feels closer than ever to approval and implementation and will be a major step forward in maintaining trust in messaging. 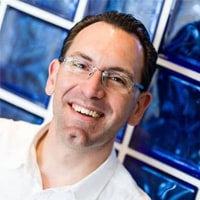 Waheed Adam, once a young activist and today better described as a serial entrepreneur began his career at the young age of 22 after being rejected for his skills due to his race and young age in apartheid South Africa. He lives by the motto “through tragedy comes opportunity” and did exactly that when in 1988 he started his first company today known as the Prime Group, its core focus being the various disciplines of the mobile tech sector, both in SA and abroad.

Waheed’s personal passion to making South Africa a better place is highlighted by his commitment to working with various NGO’s that focus on youth. 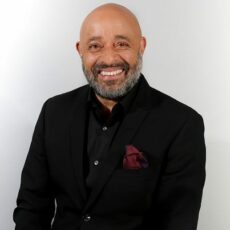 Dario’s experience in the mobile industry goes back to 1999; first as a consultant for Ovum advocating for attention to the nascent Mobile VAS, then launching the first Mobile Internet product for T-Mobile in Europe, and more recently expanding the concept of innovative partnerships between telcos and digital players in Asia and the Middle East, for Ooredoo and Axiata and as Director of Products for MTS.

Dario’s focus is in creating new business opportunities in the fast changing digital world, and he enjoys the cultural challenges of working in different countries to give deeper and richer engagement. Previously Dario has also worked in the Middle East, for Qatar based group Ooredoo (in Qatar, Myanmar and Indonesia). For Ooredoo Dario was part of the launch team for its greenfield mobile operator in Myanmar and repositioned the mobile brands of Indosat in Indonesia.

As VP & General Manager of Europe at Kaleyra, Nick Millward currently oversees commercial, marketing and products. He is based in London, UK, and has a strong background within the digital and mobile eco-system.

With over 20 years’ experience in telecommunications, Nick has previously held several senior positions at Vodafone, EE, Hutchison Australia and the Daily Mail. He has also co-founded various small enterprises on the global stage. In 2020, Nick was appointed board member for the Association for Interactive Media and Micropayments (AIMM), in 2019 for his extensive expertise of mobile messaging. 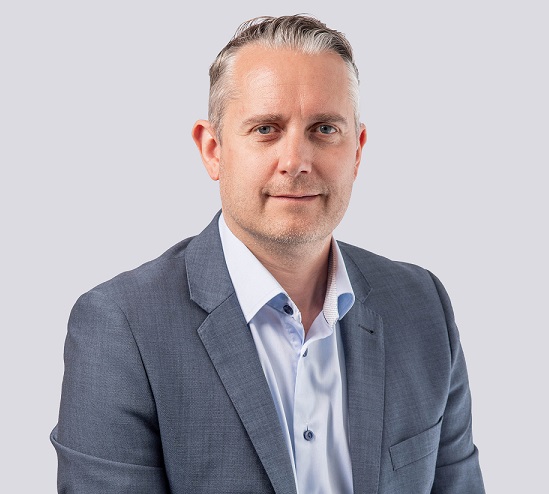 Has over 17 years of experience in legal practice specialized in contracts, intellectual property, media and entertainment. Worked for some technology and telecom companies such as Claro, Embratel, IG and UOL. Is a Director of ABDTIC – Associação Brasileira de Direito e Tecnologia da Informação and Legal Consultant of Policies & Initiatives of MEF LATAM and the Mobile Marketing Association – MMA 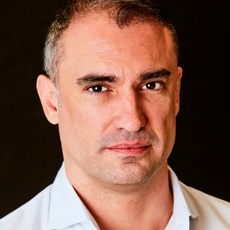 Anurag’s experience in the CPaaS ecosystem spans over a decade. As the Commercial Head of A2P Messaging at Tata Communications, he played a significant role in steering the business over a growth trajectory ever since its inception. He now heads Blockchain Initiatives for Carriers at Tanla Platforms.

As an active industry contributor, Anurag has served on the MEF Board from 2020-21, is part of MEF’s Compliance Committee and involves himself in areas such as Best Practice Sharing, Fraud Mitigation and Code of Conduct. He is currently the Founding Chair of i3forum’s Messaging Fraud Workgroup, an association where leading global Carriers collaborate on combating spam and fraud. 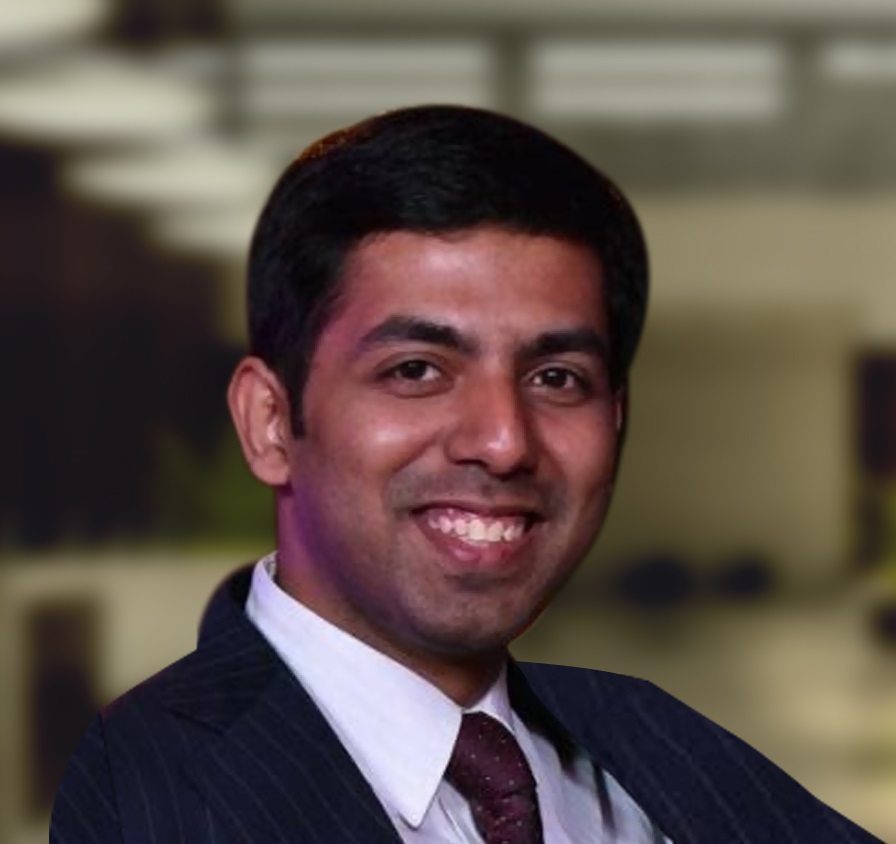 Marcos is a Telecommunications engineer and UX specialist who has many years’ experience in the Mobile Communications market. Marcos has worked at Telefonica Global Solutions for 8 years, covering positions in Product Development and Marketing across different business areas, always with particular focus on mobile solutions development. In his current role as a Business Development Manager for mobile services, his main responsibility is to ensure the long term success of this market segment by bringing new mobile business lines to market (Mobile engagement services, RCS initiatives, CPaaS, etc) and connecting mobile network operators to messaging opportunities with global brands. 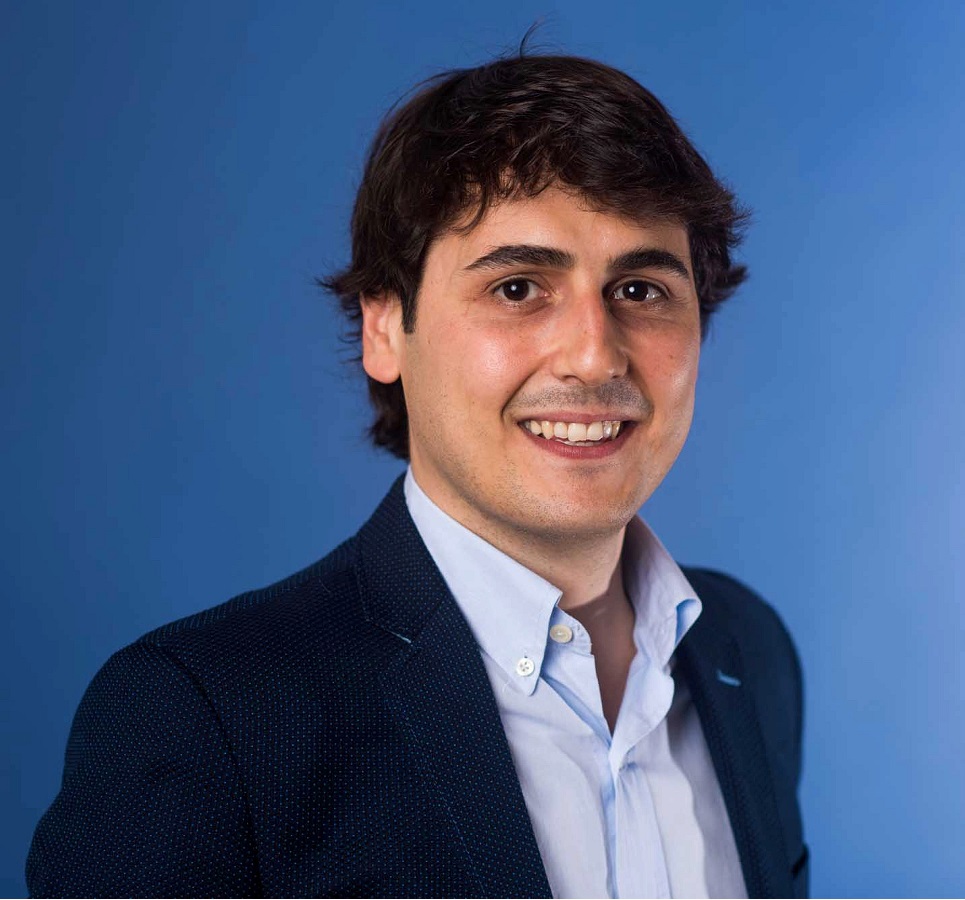 Edwin is a Telecoms expert with over a decade worth of experience in A2P and P2P messaging, PSMS, voice and signalling.
Since starting in this field, Edwin has performed numerous commercial, technical and operational roles at messaging hubs and cloud communications platforms having been responsible for global routing at Nexmo (now Vonage) and for launching technically and operationally the Quintatech and HGC messaging hubs and the Vietnamobile SMS firewall.

Currently, Edwin is Vonage’s strategic carrier relations director and is responsible for ensuring that Vonage customers have access to the best connectivity worldwide and for driving innovation with carriers to bring to market new solutions for the Cpaas market. And an advisor at Homehero, a fast-growing London start-up. 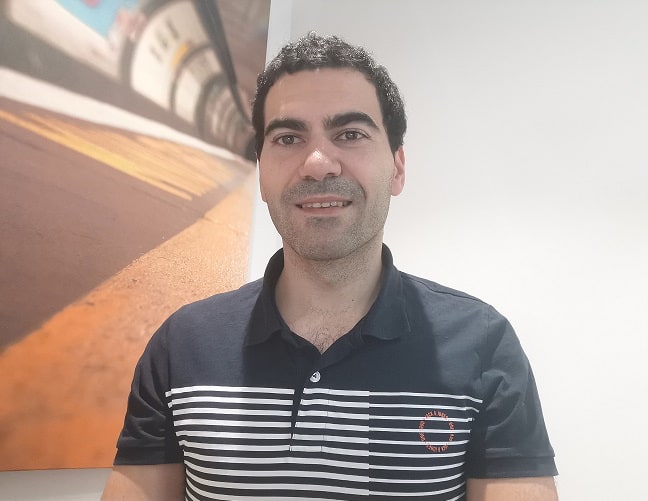 Having come from a long history within the mobile ecosystem in mobile parking, mobile marketing and pioneering the regulatory framework of SMS shortcodes as early as 2001.

After leading Ireland’s introduction to mobile marketing his involvement has moved into the mobile CS and PS core network. He is currently CEO at Cellusys whose systems at the centre of controlling mobile networks signaling, for security, roaming and IoT serving over 700 million subscribers globally. 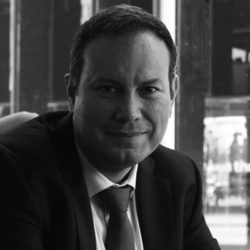