Mobile Money is in take-off mode.  In developed markets 2015 saw the launch of NFC payments from all of the major players and in growth markets, for some time it has offered convenience, financial inclusion and incredible reach.

Yet the technology is typically fragmented, has to comply with varying levels of government regulation and is built on complex value-chains that includes banks, mobile operators, handset manufacturers, money agents and merchants.  Taken together the result is an ecosystem that globally is accelerating at different speeds. 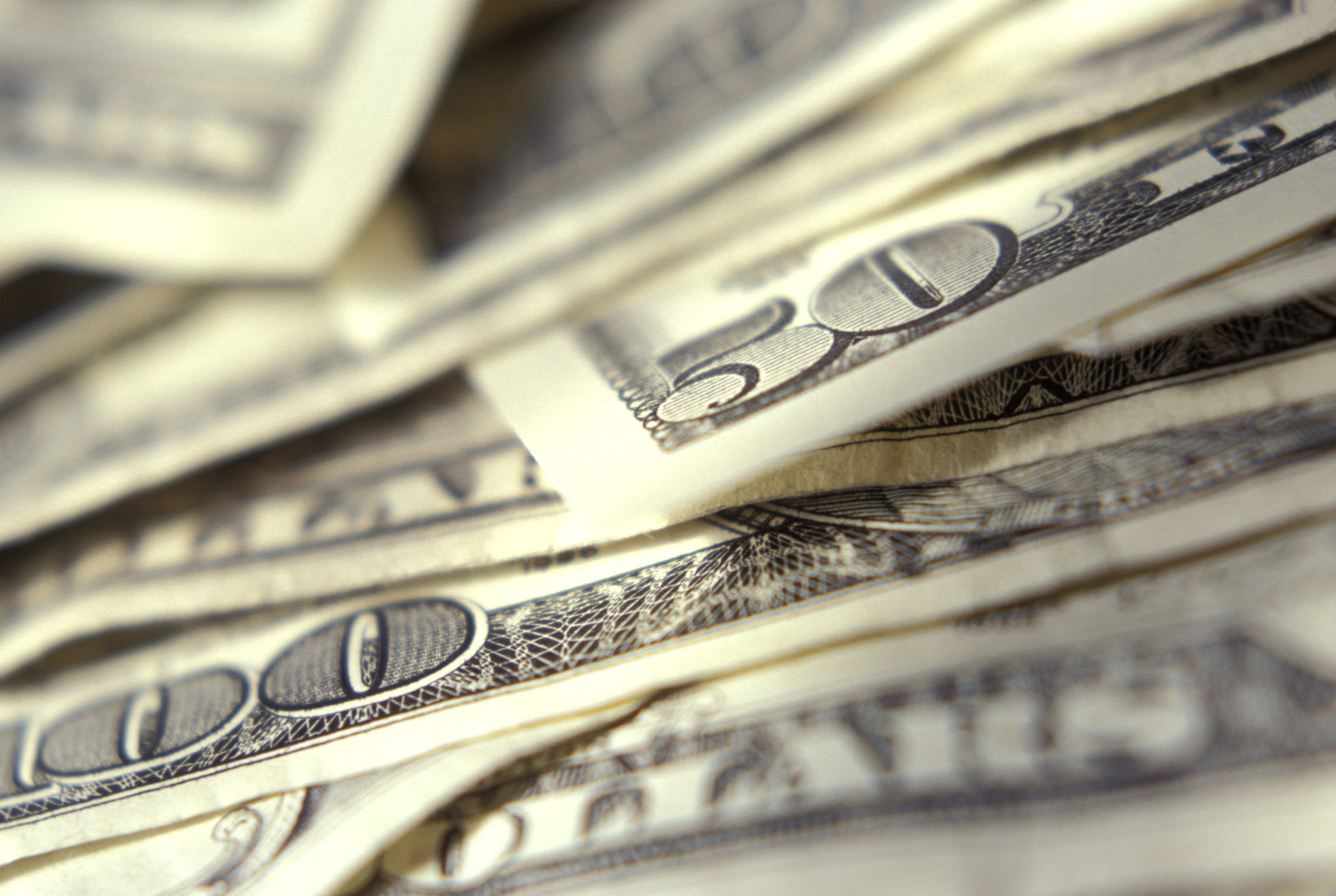 …millennials are impulsive, and they want instant gratification that is relevant to their needs and wants. This need for instant gratification has created a demand for bespoke mobile based reward solutions, like coupons and discounts, which are hyper-local (based on location and context).

Which areas of mobile money will accelerate in 2016?

In developed markets, we are seeing a thrust in technologies like NFC, QR codes and Bluetooth low energy (BLE); however, it is HCE that is making the headlines. HCE deployments will see a boost in 2016, with many banks adopting it to counter the challenge posed by the ‘pay’ services of the world (read Apple Pay, Android Pay, Samsung Pay, PayPal, AliPay….)

Today, we are talking in terms of an integrated payment experience comprising of consumer gratification and consumer delight. So far gratification has been in the form of point-based loyalty programs with the customer being rewarded after they have accumulated enough points to “deserve” the reward.

But, millennials are impulsive, and they want instant gratification that is relevant to their needs and wants. This need for instant gratification has created a demand for bespoke mobile based reward solutions, like coupons and discounts, which are hyper-local (based on location and context). A good example of instant gratification is a customer walking in the aisle of an apparel store and getting discounts on jeans via her mobile as soon as she steps into the jeans section.

Moving to trends in emerging markets, mobile money services will break out of their silos and move towards an open approach powered by interoperability. After Rwanda, Tanzania, Pakistan, Indonesia, Bangladesh, and Sri Lanka, we will see more countries adopting interoperability in 2016.

In the new system, we will see mobile money operators, in neighbouring countries, come together on a common platform for facilitating international direct money transfers. Micro-finance services will also grow with mobile money operators increasing their focus on micro-loans, micro-insurance and group savings.

Also on the cards is an increase in the use of mobile money for both business transactions and cash based humanitarian aid disbursements. The other significant area will be merchant payments, which has ten times more potential than P2P transfers. Mobile money providers will liaise with MasterCard and Visa to issue companion cards facilitating merchant payments. We will also see a growing use of NFC for merchant payments in emerging markets, simplifying and enhancing the payment experience.

How will mobile money enable other parts of the mobile ecosystem?

Operators in emerging markets are already using mobile money to retail airtime, data and other services. In fact, airtime top-up is the largest use case for mobile money, bringing significant savings for operators (in terms of commissions, which they would have paid had they sold airtime via agent).

To counter declining voice and messaging revenues, mobile operators are diversifying into education, health, farming, retail, insurance and connected cars with mobile based services and apps, leveraging the ubiquity of mobile money services for both scale and monetization purposes.

For example in Zimbabwe, Econet wireless allows subscribers of its EcoSchool education service to buy EcoScool credit points (used to purchase textbooks) via EcoCash mobile money service. Similarly, Safaricom has launched a new health wallet, dubbed M-Tiba, which allows users to deposit funds into a dedicated ‘health wallet’ on M-Pesa and pay for healthcare at selected providers who are part of the M-Tiba network.

Security and user’s right to privacy are two of the biggest barriers to mobile payments adoption. Mobile payment is actually as secure as any other card payments, but trust is lacking in the service which can only be tackled by educating consumers.

Online merchants can provision mobile wallet APIs into their website which will enable a smoother checkout experience using mobile wallets. Despite the phenomenal growth in e-commerce, abandoned sales is as high as 36 per cent according to PYMNTS.COM.

Having the customer check into the website and then showing interest in the product only to lose their interest before pushing on the buy button questions the entire retail customer experience. Introducing the mobile wallet into the retail purchasing experience will not only help in reducing the sales abandonment rate but also generate repeat sales.

Carrier billing provides a frictionless alternative to credit cards/debit cards using just a mobile phone connection. Until now, carrier billing has made inroads only for digital goods and in the “softer” end of the spectrum of “physical” goods – i.e. tickets, parking charges etc. The use of carrier billings for tickets is well established in Nordic regions and mainland Europe, especially Italy.

So far only Korea has seen significant traction when it comes to “harder” carrier billing purchases (up to 40 per cent of total carrier billing transactions according to Ovum).

The problem is two-fold: regulatory and commercial aspects. The operators will first have to get an e-money license before deploying such services. Once that is done, the operator will have to grapple with the commercial aspects: liability, refunds, moving etc. Also, large ticket purchases of physical goods is not feasible in the current scenario because of two reasons:

With respect to the above scenarios, we expect carrier billing to stay limited to digital goods (a good example is apps) as well as low value physical goods like soft drinks, tickets etc.

What will the barriers to mobile money adoption be?

Since new technologies and people’s money are involved, it will take time to establish the trust needed for building the significant scale that is necessary for operator’s profitability. Until that tipping point the operator must impart the necessary training and education. Additionally, mobile payments services should deliver tangible benefits over existing cash and card payments, to drive mobile payments in a sustainable fashion.

Security and user’s right to privacy are two of the biggest barriers to mobile payments adoption. Mobile payment is actually as secure as any other card payments, but trust is lacking in the service which can only be tackled by educating consumers. Similarly, mobile payment providers need to be more flexible when it comes to data. They need to take the customer into confidence by asking them if they can share their data (via opt-in requests or incentivization programs) rather than assuming that the use of user data is acceptable to them.

On a micro level, agents can make or break the business. From the agent’s perspective, the biggest problem is revenues. According to Gates Foundation, agents must process 30 -50 transactions per day for their business to be viable. Liquidity costs represent 1/3rd of the total costs. Agents not only have to buy the e-float upfront but also bear the cost of managing physical cash. Initially, at least, the volume of transactions is rarely enough to offset such costs.

From the operator’s perspective, getting the agent network rollout right is critical to long term viability of the operation. Too few operators will impact the reach making the service useless for the end user while too many operators lead to liquidity problems as agents are unable to generate enough business.

What are the enablers?

Mobile money tends to go “viral” only when it solves real problems in a real world. For example, in Kenya, mobile money solved a real problem: simple, low cost method of sending money.

Corporate commitment is a critical enabler. Till the time scale is achieved businesses must pour significant investment in building and training agent networks. According to McKinsey, Safaricom poured over $30 million into M-Pesa. Other successful deployments received similar levels of investment: Vodacom spent $25 million, and MTN Uganda put up $10 million in initial investment. Not only this, in all successful deployments, the operator played a very proactive role in managing agent network at the ground level.

Whether it is developed or emerging markets, the ecosystem and partner network is the biggest enabler. While the debate on the success or failure of Apple Pay raged in 2015, Apple Pay worked silently on strengthening the ecosystem. The result: by this year-end, we expect Apple Pay to be available at 1.5 million stores in US and supported by more than 2,500 banks in US and UK.

From operator’s perspective, one of the success factors will be adaptability – i.e. how well the operator designs bespoke solutions that actually make people’s lives easier. Copying one successful deployment from one region to another region is only a recipe for disaster.

On a macro scale, regulatory frameworks become important. A key enabler is the move toward digital economy. For example, in India, the government is espousing the case of digital economy for curbing the menace of black money. With RBI throwing its weight in the mix by awarding payments banking licenses, mobile money is expected to get significant traction in India in the coming years.