“Talk sense to a fool and he calls you foolish.” That was what Euripides said in the ‘The Bacchae’ tragedy about in 405 BC. Not much seems to have changed in the last 25 centuries. 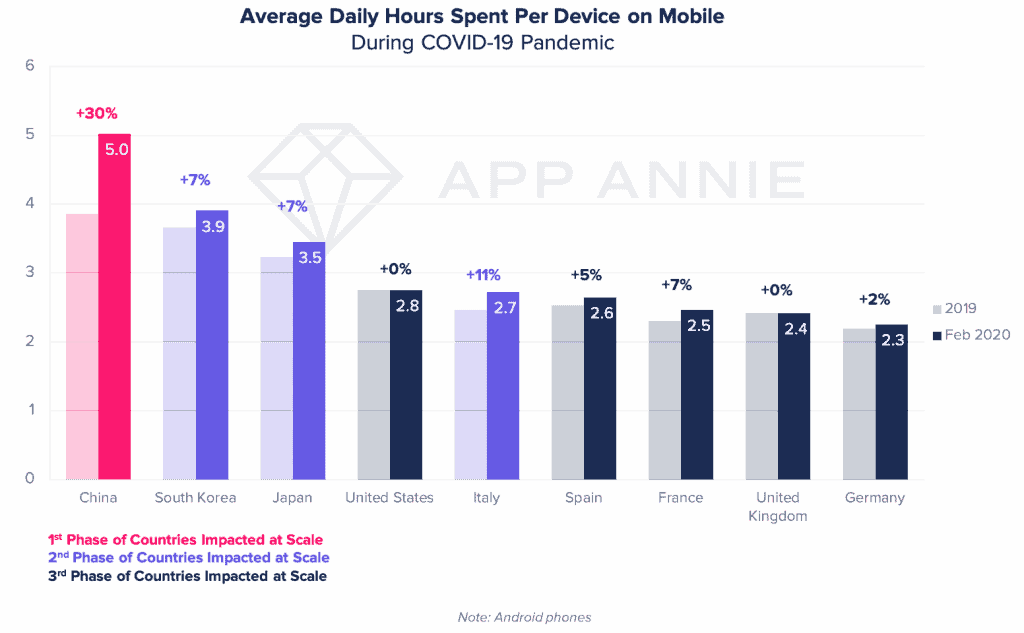 The possibility that 5G microwave bandwidth might have caused COVID19, have been discredited – if not even laughed at in some instances – by the World Health Organisation (WHO) and national health institutes. Health authorities all categorically denied any link between the two. Nevertheless, misguided folks are preferring to vent their own foolishness and fears, rather than engaging in rational discussions. It is a real pity, the mobile industry is proving its value to support society in these difficult times, it does not deserve to have its infrastructure set on fire.

At MEF we pride ourselves of the fact that we give no advice on the COVID19 virus – we follow the guidance set from health authorities and learn from the debate of their experts. Our community trust the value of real knowledge and experience: it includes the top experts in the fields of mobile technologies, computing, finance, entertainment. Our members are practiced professionals that share their valuable experiences; we do no host social media natters. We have no epidemiologist in our community, so we are pleased to point you instead to these other trusted and proper sources:

However, there is one area where MEF can speak authoritatively in the debate: the support of the mobile industry to the new challenges posed to society during the pandemic. The industry is working for the benefit of users across the globe, real facts supports that people have embraced mobile services during lock-down more than ever. The mobile ecosystem is helping the world in these difficult times.

Half of the world’s population is reported to be in semi-quarantine, but they can connect, communicate, educate, work, manage their money via mobile services. Time spent on mobile has increased significantly according to AppAnnie, in both China and Italy. In China, the city lockdown began in January 2020, by the following month we could see daily time spent on mobile jump to 5 hours per day, an increase of 30% compared to the average for 2019. Italy, in the equivalent week of March 15, saw the second highest jump at 11%.

The industry is working for the benefit of users across the globe, real facts support that people have embraced mobile services during lock-down more than ever”

Mobile users are engaging in many ways. Financial services are probably one of the biggest growth areas monitored by MEF. The deVere Group reported an increase in usage of Fintech Apps of 72%. In Japan, weekly time spent on Android phones for the fintech app ‘au PAY’ grew by 20% from the previous week in the first week of March. During the same time period, the South Korean Fintech app ‘PASS by SK TELECOM’ also grew 20% in weekly time spent. In USA, the fintech app, ‘RobinHood’ saw a 50% growth in downloads in both Apple and Google App stores.

The success in downloads of mobile games is supported by hyper-casual games such as ‘Scrabble’, ‘SpiralRoll’, ‘DrawClimber’, and ‘Fishdom’ reaching the top ranks in downloads. Mobile games downloads have seen big growth in affected markets. In China, the average number of weekly game downloads in February 2020 went up 80% compared to 2019 figure (63 Million on iOS App Store alone). South Korea saw a 35% increase in late February 2020 (15 million downloads).

At the same time, smartphone users are working and participating in lessons via Skype, Faceboook, RIngcentral, Zoom and Houseparty or company-secure messaging apps.  The number of weekly hours spent on Mobile Business applications in China during lock-down has more than doubled (from 11 hours per week to 22). AppAnnie also reports that during the first week of March, 761,000 downloads of Business apps took place across iOS and Google Play in Italy — marking the biggest week ever for the category.

It is also worth reporting that overall despite the growth of traffic mobile networks are still faring well in connecting people. Reports from Ookla show that the networks broadband speeds have been impacted by the greater traffic, but they still maintain broadband speeds. The mobile industry infrastructure is working, but it will need additional capacity to keep up with the trends. People should welcome the positive impact of 5G networking expansions. 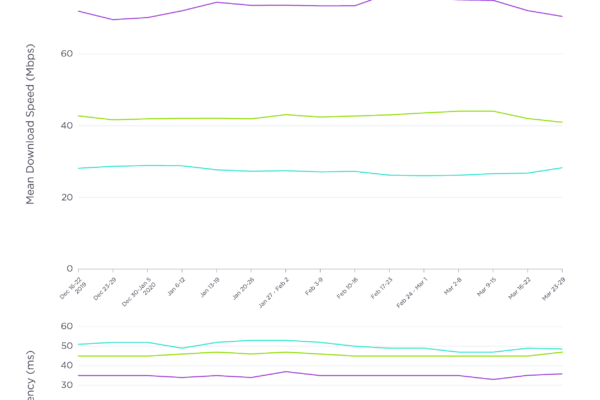 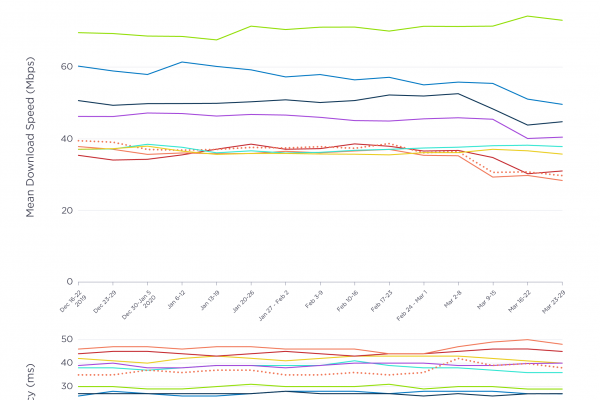 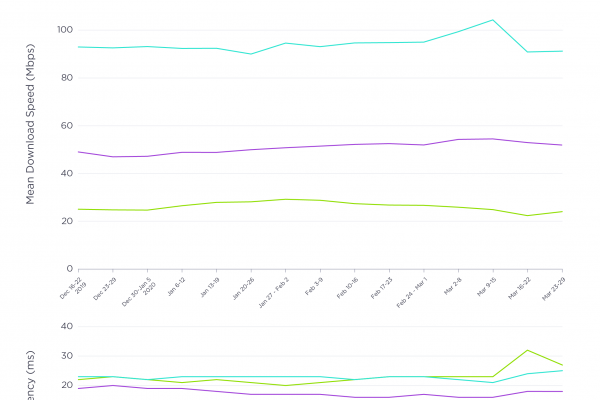