Six Key Questions on the Future of RCS

If you’re one of mGage’s partners, or even if you’re not, you have perhaps heard about Rich Communication Services (RCS) the next generation of text messaging. (The BBC recently described RCS as an “SMS replacement.”) mGage has created a dedicated RCS team to keep up with the latest and to support our clients in developing RCS pilot programs.

mGage isn’t the only company that’s bullish on RCS. Multiple enterprises showcased RCS demos at Mobile World Congress in Barcelona. Tech bloggers and other journalists have chimed in with news and opinions. More recently, The Verge had a lengthy and much-discussed article that featured comments from Anil Sabharwal, the Google (Alphabet) executive recently put in charge of RCS, which the company is branding “Chat.”

While the press coverage has looked at RCS from multiple vantage points, there are some common themes.

1) Will brands and marketers use it?

When we introduce our clients to RCS, in most cases, they “get it” immediately, and become extremely excited about the possibilities. As simple as it sounds, offering buttons (known as “chips”) that customers can simply tap, opens up a world of possibilities. Consumers no longer have to remember and type in keywords. And brands can “suggest” different buttons depending on the scenario.

2) Are consumers excited about it?

The GSMA, which represents mobile operators around the world, is taking a leadership position on RCS. (The organization’s Web site has a great deal of excellent information on RCS.) The GSMA has done extensive research on consumer’s perceptions of RCS; 79% of respondents in a recent survey deemed RCS “appealing,” compared with only 4% that said it wasn’t. Perhaps more importantly, 74% said that RCS made it “more likely” that they would communicate with a brand – compared with only 4% that said it made it “less likely.” These statistics were consistent across all use-cases, whether it was travel, online shopping, customer service, etc.

An example of some of the exciting features provided by RCS Business Messaging.

Consumers had five main reasons for their excitement:

Meanwhile, in GSMA’s survey of RCS, security was named as one of the top five reasons that consumers want to use RCS. In fairness, this is partly because they were using a broad definition of “security” – including use-cases like “cable company sends a photo of the installation technician that’s coming to your house, therefore making you feel secure.” And many consumers said that they believe that RCS is more secure than mobile apps because they are concerned about data from mobile apps getting hacked.

Apple has been notably silent (at least publicly) on its plans to support, or not support, RCS. Apple recently launched Apple Business Chat (supported on iPhones running iOS 11.3), which is a definitive sign that Apple will support RCS – or that it absolutely will not, depending on who you ask.

Furthermore, based on mGage’s nearly 20 years of experience in the mobile messaging industry, we know that brands do not send messages to consumers that require end-to-end encryption.  Our partners do not send via SMS – nor will they send via RCS – messages that include information like (full) credit card number and address. And certainly, they don’t send anything like health information.

4) Will this be the death of apps?

For the last few years, some industry watchers have predicted that mobile applications would become obsolete for various reasons. RCS is the latest reason.

Some of the logic makes sense: RCS can do many of the same things that apps can do, but RCS does not require an app download. Furthermore, app downloads are decreasing in some markets. Indeed, in the U.S., app downloads were down by more than 20% in 2017, and the typical U.S. smartphone owner doesn’t download any new apps in a typical month, per PC World. These sorts of statistics are common in markets similar to the U.S., where smartphone penetration is effectively saturated – e.g. Western Europe and Asia (with the major exceptions of China and India). As fewer customers in these markets are getting smartphones – and immediately downloading dozens of apps — download numbers are likely to continue to fall.

Depending on the industry and on the specific brand, we do expect that some companies will either stop supporting their current apps or forego launching a new one because RCS is easier and less expensive. And, RCS will have higher adoption and engagement.

However, in some cases, app downloads and usage will actually increase with the help of RCS. We see this today with SMS and MMS; many of our partners encourage their customers to download and use their mobile applications – and provide a link directly to the applicable app store. When companies do this, they often see an immediate and robust spike in app downloads. We expect this to accelerate with the further adoption of RCS, as RCS will make it even easier – simply tap a button – to download or to open an app.

Meanwhile, in many parts of the world, smartphone penetration is not saturated – it’s growing and, in some cases, is just starting to really grow. Think the LATAM and EMEA regions, not to mention China and India and their two-billion-plus consumers. Mobile app downloads in those regions will continue to grow as consumers upgrade to their first smartphones.

5) Will Apple support it?

Apple has been notably silent (at least publicly) on its plans to support, or not support, RCS. Apple recently launched Apple Business Chat (supported on iPhones running iOS 11.3), which is a definitive sign that Apple will support RCS – or that it absolutely will not, depending on who you ask.

Many of our partners tell us that they especially covet Apple / iPhone owners, who are known to spend more mCommerce money, on average, than their Android and feature phone counterparts. Suffice it to say, mGage is monitoring this situation closely.

Android is the dominant operating system from a global standpoint – certainly more dominant than it is in the U.S.  So there is a school of thought that suggests that RCS will become widely adopted and utilized outside the U.S. first. Stay tuned on this one.

6) Will carriers support it?

As of late April 2018, some 55 global carriers have already committed to supporting RCS. The number is increasing regularly. (As of our last blog post on this topic, the number was 50.) In the U.S., the “big four” are either already supporting it (Sprint), will be supporting it shortly (T-Mobile), or have indicated that they will, but have yet to offer a timetable (Verizon Wireless, AT&T). This is not a huge surprise, since the vast majority of U.S. mobile plans now offer “unlimited text,” so fewer text/SMS messages no longer mean less revenue for U.S. carriers. In some markets, consumers still pay per SMS sent/received; presumably, carriers in those markets will be more hesitant to support RCS.

But even in those countries, there’s reason for optimism. Consumers are already using messaging apps like WhatsApp, WeChat and LINE. RCS effectively gives carriers their own messaging app.

For example, the three largest carriers in Japan just announced a service scheduled to launch in May, called +Message, which is based on and conforms to the GSMA standards for RCS. This gives the Japanese carriers the opportunity to compete with LINE, which is the No. 1 way that people in Japan communicate with one another via their mobile devices.

Furthermore, many carriers believe they can make money by selling RCS enterprise solutions.

The GSMA projects that, by Q1 of 2019, 200 carriers will support RCS, enabling it to reach over 1 billion consumers, an increase from around 200 million right now.

As stated in our previous post on this topic, RCS is truly the future of business messaging. If you are a brand using text messaging to communicate with your customers, it’s critical you prepare for RCS messaging or risk being left behind. As a Google partner for RCS are launching a pilot program to help companies get a head start on their RCS implementation. Contact us to learn more about RCS, our pilot program and to speak with an mGage RCS expert.

This post originally appeared on the mGage blog and is reused with kind permission. 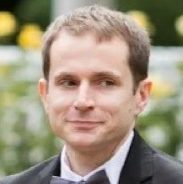 mGage is hosting an essential panel discussion during Mobile World Congress Americas 2018 – be sure to reserve your space at “The Era of Smart Messaging Is Here”, Thursday, September 13 at 1 pm.

During this panel, experts from Sprint, Google and GSMA will discuss the future of messaging and how brands can benefit by taking advantage of the latest trends and technologies such as RCS messaging and chatbots.

The event is FREE to all show attendees. If you are registered for Mobile World Congress Americas, you can reserve your space at the event here.