The challenges of digital reach in African markets

Doing digital media in emerging markets and especially African countries can be a challenge. The processes of clients and agencies in digital marketing are not as clear as in the Western world, digital marketing is not mature yet, so it lacks stability of plans and processes.

And currently even economies, political realities or currency issues work against you if you are working in an agency, as a marketing service provider or even if you are a digital expert within a large corporate organisation. 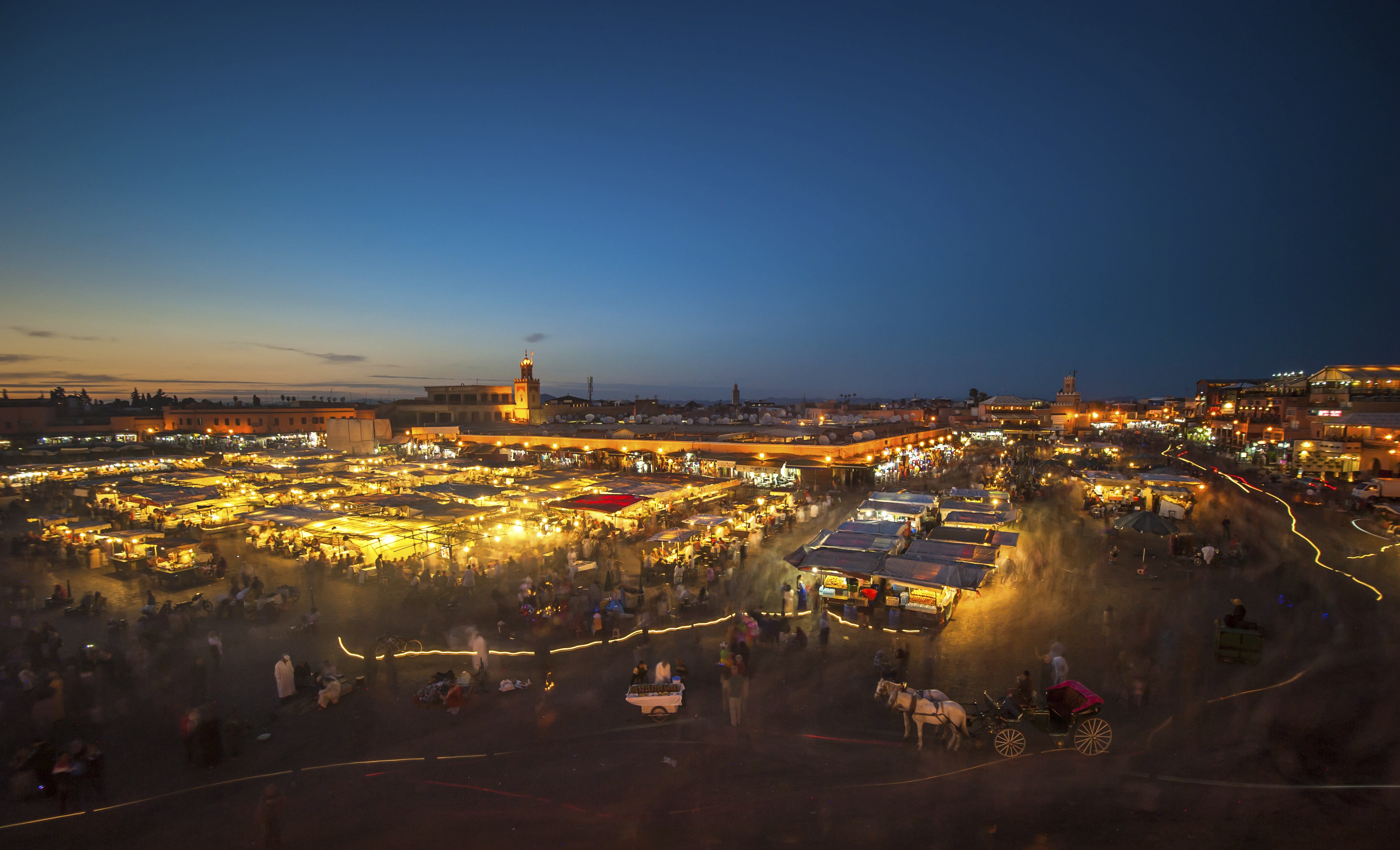 These are more macro elements and cannot be influenced easily, so I will leave them for my next blog posts.

The other key challenge I see when talking to clients and consulting on their digital planning and programmatic is the general understanding who are the audiences in their countries and how to reach them.

Fact: most of the digital media plans even for mass market brands were built to reach only 35-40% of the audience.

The main misconception with the African markets are that the audiences are similar to the ones that are using online services in UK, US or Western Europe. Most of the marketing experience is born in those markets and a lot of digital marketing education comes to Africa from experts, trainings, case studies and platforms built in digitally mature markets.

However the reality is very different. Marketing strategies that work well in UK would not deliver the same results in Kenya or Nigeria. The same way South Africa is very different from Ghana or Cameroon. The key to success here is understanding the end users better. Which is what I will try do in this post.

I work in Eskimi, a global mobile media company with a focus on emerging markets. We have been doing this for 7 years now and can share a thing or two about these markets. 2 years ago we have built a mobile programmatic platform dedicated to deliver results in those same challenging emerging markets and we did this because we saw an opportunity, an experience gap we are trying to fill.

All African markets, even the more developed ones still have huge audiences of people using internet through mobile phones called “feature phones”. Originally this definition would mean that these devices are super small, maybe with a screen that has one or two lines, can send messages and call.

However with the rise of smartphones, the feature phones have also changed. If we stick to the definition, such popular devices like Windows, Nokia Asha, Blackberry would also be considered feature phones. We internally call them “advanced feature phones”. Main reason being that these devices are fully capable to do all functions as a smartphone would do (some of them even are fully touch screen) and if you ask the consumer often they would tell you that they are using a smartphone and they would be almost right.

Advanced feature phones form the largest percentage of all feature phone devices and since they are fully capable internet browsing devices, we always recommend to include them in marketing plans. Research shows that users purchase these devices even now and the main reason for doing that in African markets is… battery life. That’s right, that still matters, especially for people who are working out of offices and do not have the chance to charge the battery every 12 hours.

Now getting back to marketing and audience planning. Unfortunately main marketing platforms like Google Display Network would not reach those customers using feature phones. When in 2009 Google acquired Admob we were cheering that at that time feature phones will get more spends and their media will become more valuable. Unfortunately Google did not sustain the product and eventually migrated Admob to be an in-app network. Inmobi then took over and had a few years of nice inventory growth in emerging markets, but in 2012 Inmobi closed their African operations and also focused their efforts in the more mature markets in Europe and US.

So after these developments all advertisers who use just Google Display network in their marketing plans are missing our of about 50% of the audience majority of which is a quality audience, having nice purchasing power, but still choosing feature phones as their browsing devices. Remember, some older generation businessmen would be using Blackberries just because they got used to it. That does not mean they are the audience to ignore!

The second audience which is very important in African markets are the users using smartphones and feature phones but browsing internet with a so called proxy browser. There are 2 choices these customers have – a native browser, which in case of Android operating system is Android native browser or also Chrome.

For example in Nigeria even if your phone shows that you have 3G, in most cases you cannot even open a more advanced web page with more media content. You cannot stream a video without seeing “buffering” for half of the time. In these cases a lot of smartphone users would choose to use a proxy browser, like UC browser, some of the Chinese built-in browsers (based on MTK OS, like MAUI browser) or Opera mini. The main benefit of these browsers is that they download the content in a high speed location (e.g. in Europe), compress the page and then serve the page which is compressed up to 8-10 times to your phone. The user enjoys faster loading speed and smaller data costs.

While the benefit to the user is great, the compressing technology does not allow to serve JavaScript tags and for the ones who do not care about the deep technical stuff that basically means that again, some of these browsers are not able to show advertisement served by largest ad platforms, who rely on JavaScript tags to serve their ads.

How popular are proxy browsers in markets like Kenya and Nigeria? Well, in Nigeria they are used by more than 60% of the smartphone users. We are not even counting feature phones, since we already established that they would not be reached anyway.

So now, if after reading about feature phones you discarded this audience thinking that your brand is not such a mass market one, this “proxy browser” point should make you think again. Due to proxy browser audience you would not be able to reach a large smartphone user population. And most of the users are using proxy browsers due to usability issues and not because of cost concerns. Feels a bit uncomfortable, right? All the times when you were predicting reach to your clients or colleagues, there is a big chance that you really did not reach those people…

Now we have covered the first 2 topics and they show that the actual audience you are targeting is a lot smaller if you are using only few traditional platforms like Google Display Network. The third one is different – this is an accuracy concern.

If we look at the numbers regulators in each market share, we are usually excited to see how many active internet users a market has. Take Nigeria for instance. Nigerian Communications Commission issues a statement every year about the active mobile internet users. The number is somewhere around 80 million and it would not be surprising when you count 149 million active lines.

However the reality is much different. We know this from our data and we reach about 80-85% of the mobile browsing audience in Nigeria (as well as in other African markets). The number is closer to 40 million users that are active per month.

The main reason for this are users having more than one SIM card and especially dual SIM phones. Now some of the platforms include cookie, device_id and temporary ID targeting tools which makes it inaccurate if they use IP addresses to measure unique customers (and some platforms do). Which then results in one user being counted as 2, so you see an audience which is inflated.

Market players like Google would count cookies, which solves the accuracy issue with dual SIM phones, but they have another problem – they would count users by cookies and if a customer has a desktop PC, a tablet and a mobile phone, Google would report these 3 devices as 3 users.

Apps has changed the world – not only from consumer perspective, but from advertisement perspective as well. The global ad giants have lost market share, many new players have moved in to the market and have succeeded.

Now when we discuss the reach topic, this increased competition has divided the market into many more players and app marketing has become a more complicated space to navigate. I will give you an example…

Imagine a game developer in Sweden launching a new game that they operate on a advertisement model. They would build a game and then implement ad networks to monetise the traffic with all sorts of ad units – from traditional banners to video and native ads. They usually use an approach which can be called a waterfall monetisation model, where they line up 2-3 ad networks by priority and they monetise impressions.

Previously Google was a clear leader and app developers would just use 1 ad network and were happy. Now with strong growth coming from more specialised in-app advertising networks, the answer who brings more money is not that clear anymore. App developers started to experiment.

Since we at Eskimi monetise a lot of these local and international apps through our mobile programmatic platform, we see and can compare which ad exchanges win. And the current truth that we see is that in markets like Nigeria, Ghana, Kenya, South Africa Google has just 20-30% of the total in-app inventory. Companies like Smaato, Nexage, Mopub, Airpush, Inneractive have the rest. And while Google remains the largest ad network it has less significant market share if you are able to combine all other relevant exchanges to the market you are advertising.

With app importance growing in the African markets as well, this topic cannot be ignored as well.

Congratulations if you have managed to reach through all this long post. You must be really concerned about this topic as we are. So let’s conclude on what do we have and what might be the solution to the mobile reach issues that are mentioned.

What we have covered is that marketers have to really look into the audiences that they reach and especially in Africa these are the main reasons:

In this case in the African markets – programmatic is a solution. All the problems connected to reach are usually solved by a localised programmatic platform. You can reach all app advertisement networks, show ads to feature phones and proxy browsers and usually measure your audiences better because of people based marketing tools, cross device marketing and other technologies.

While programmatic is an emerging trend and still new in some of the Western Europe countries it also has reached African markets. You can already buy programmatically, you can target a much wider audience without excluding the customer segments that are mentioned. And since programmatic also includes the mainstream platforms it becomes a one stop shop for all digital media.

This post originally appeared on the Eskimi blog and is reused with kind permission.

Join MEF Members in South Africa this November for a series of key events around AfricaCom, including the MEF Member Forum, a mobile operator round table and strategy session with guest speakers from the Digital teams at Etisalat Nigeria and MTN Group – and for the African Mobile Party Cape Town, in partnership with Apps Africa and MoMo South Africa.

PLUS – join members of the Future of Messaging Programme at the Africa Messaging Meeting to help proactively tackle and address fraud within the business to consumer SMS market, including spam, malware and phishing, as well as network level frauds – contact us to get involved.