Why is SnapChat making sunglasses? Here’s your Spectacles crib sheet

Will you wear glasses that record videos? SnapChat hopes so. The messaging company (now called Snap) has just unveiled Spectacles. Here’s everything you need to know about them in 10 points.

Don’t get the wrong impression. It’s in extraordinary good health. It’s just the company name Snapchat that’s dead. This week, the firm re-branded itself as Snap.

The reason for the re-brand was that Snap is no longer a single product company. While it still has its vastly successful SnapChat messaging app, it has now entered the wearables space too.

It describes them as ‘sunglasses with an integrated video camera that makes it easy to create memories.’ Understandably, this has created a huge buzz in the tech and social media world. Snap is regarded as one of the big beasts of digital communication (at least in western markets) along with Facebook, Twitter, WhatsApp and Instagram.

In May it emerged that Snap had raised another $1.8 billion in funding to take its valuation to $20 billion. Reports suggested the company was aiming to break $1 billion in annual revenue by 2017. Its income leapt from $4 million to $33 million per quarter in 2015. This is on the strength of 110 million daily active users and the enthusiastic engagement of dozens of advertisers like Sky, CNN, Cosmopolitan and National Geographic.

Snap has made constant changes to its core messaging product over the years. Famously, the product was built on the fact that its pics and videos self-destructed after being watched.

But then Snap added ‘stories’ which let users broadcast longer videos to all their friends (rather than send them direct) that stayed up for 24 hours. This has been the basis of the ad operation too. It also introduced augmented reality ‘lenses’. Users can overlay videos of themselves with bunny ears or with their faces turned into skulls.

These innovations have made SnapChat a huge success. And so has one important difference from Facebook and Instagram in particular. On Snapchat, photos and videos expire, so there’s no culture of sharing or favouriting them. Nothing goes viral on SnapChat, and users seem to like the lack of pressure this brings.

It takes Snap into the wearables space, and thereby a new business model (hardware sales as opposed to ads). It also invites difficult questions around privacy and surveillance – which Snap has not had to answer before.

So let’s boil down the essence of the product, the strategy and the big talking points in ten Q&As…

Connected sunglasses that record 15 second video clips. They save the clips, but depend on a phone and the SnapChat app for sharing. They will cost $130, come in one size, and three colours. Distribution will be limited. “We’re going to take a slow approach to rolling them out,” says Snap founder Evan Spiegel. “It’s about us figuring out if it fits into people’s lives and seeing how they like it.”

There’s a button on the top left-hand corner. Press it to start recording a 10 second clip. Press again to add another. You can record up to 30 seconds at a time.

Yes. Clips can be stored. But to be shared, you must transfer them to the SnapChat app’s Memories area over wi-fi (Android) or Bluetooth (iOS).

The case is also a charger. It holds enough power for four charges when full.

5. Will they support SnapChat lenses?

Promo videos suggest Spectacles are just for filming ‘straight’ content for now. They show people skateboarding or making films of children for grandparents to watch. However, we can assume Snap will add the ability to add fun overlays – though there is a user interface question.

6. What are the dangers for Snap with Spectacles?

The same that faced Google with Glass. There’s evidence people don’t like being filmed. There will be talk of how the tech can help terrorists and child molesters.

And there are commercial concerns. Most wearables have not been successful. Glass was never launched commercially, Apple Watch has sold millions but is not in mainstream use. VR headsets are not mass market. Even successes like GoPro and FitBit are still specialist products.

It won’t necessarily. But Snap has addressed some of the issues around Glass. There’s an outward-facing light that alerts people that you’re filming. That could allay some fears about privacy intrusion.

Spectacles also look more like regular sunglasses rather than tech products. In fact, they look at bit dorky, which is presumably the intention.

8. How does this change things for Snap?

Most obviously, it makes Snap a hardware company (though it has launched merchandise such as towels before). As Apple have shown, there’s good revenue is hardware if you get it right.

It also gives Snap the chance to own its own ‘stack’. Tech companies don’t like having parts of their operation governed by a third party. It’s why Amazon tried to make phones and Samsung launched its own OS. Spectacles gives Snap a chance to own the device that captures its content.

9. How could Spectacles change user behaviour?

It could stop people holding up their phones at concerts or school assemblies. Spiegel describes this as “like a wall in front of your face.” It could lead to an explosion of GoPro style first person content.

10. What could Spectacles evolve into?

Tech thinkers are fixated on what’s next after the phone. Some believe, for example, that Apple’s wireless AirBuds could herald a future beyond iPhone. Spectacles fits the same analysis: the glasses will be a camera and a messaging device, but could feed back where you are and what you’re doing. Advertisers would love this. But SnapChat has avoided ad tracking issues thus far (its ads are more like TV placements), so this is unlikely. 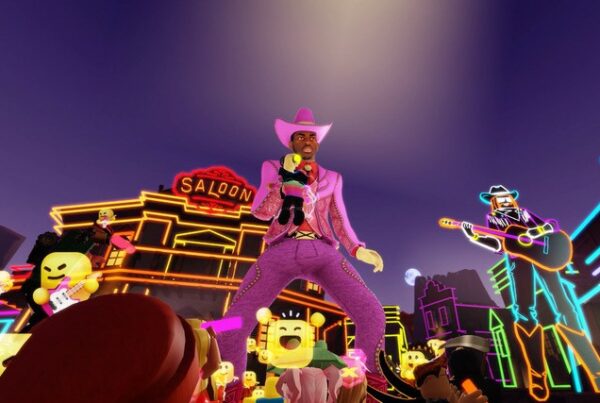