Mobile’s two superpowers have each trained their sights on fitness and wellbeing. Here, MEF Minute outlines their efforts to date…

Can Apple and Google make an impact on healthcare? The two mobile big-hitters have already trained their sights beyond the core phone-based functions of voice, messaging and maps to explore new areas like payments, smart home and automotive. Health is a logical next step for them. And there’s one crucial new factor making this happen now: wearables.

The rise of fitness sensors inside smartwatches and wristbands gives tech firms the ability to track and interpret data on everything from blood pressure to sleep patterns. Consumers can then assess this data using simplified graphs and diagrams in health apps. They can also share it with health professionals, who can use the data to improve diagnoses.

In summer 2014, the iPhone maker launched a health strategy around two products: the ‘health’ app, which appeared inside its iOS 8 update; and the HealthKit service, which third party developers can use to sync their fitness and health data for Apple devices.

Ultimately, the two-pronged approach was conceived to make Apple devices the ultimate destination for a person’s health data. As is the case for payments and automative, Apple may have a revenue-generating agenda but the primary aim would seem to be a simple one: keep people buying iPhones.

In the long term, Apple clearly wants to see people monitoring their own health and doctors using the accumulated data to better monitor patients between visits – and make improved diagnostic decisions.

But disrupting healthcare this way may be one of Apple’s more difficult challenges. There is complex regulation to overcome, and there are thousands of healthcare providers, software applications and medical devices to convince. Even with willing partners, the healthcare industry has lots of legacy technology. This makes integration difficult.

Nevertheless, the iPhone maker has had some newsworthy breakthroughs. For example, it teamed up with Minnesota-based Mayo Clinic to create apps that alert patients when results are atypical and require attention.

Apple would also like to receive the support of the major health tracker manufacturers, but this has not been easy. Nike and hundreds of others support the Health app. But, perhaps understandably, companies like RunKeeper and Fitbit don’t want to send their users’ data anywhere except their own apps.

Now, it appears that there’s a stand-off. One presumes that consumers would love to have all their fitness and health info in one place (the Apple Health app) but are equally unwilling to let go of all the accumulated historic information stored on the other standalone apps they have already installed.

A more fundamental short term challenge is wearable technology itself. According to a WSJ report in Feb 2015, Apple abandoned sensors in its watch that could measure conductivity of the skin to track stress levels and heart-rate. Apparently the sensors were ineffective on users with ‘hairy arms or dry skin’.

Despite these early setbacks, Apple CEO Tim Cook told an earnings call in April 2015 that around 1,000 apps HealthKit-enabled apps had been published to the App Store.

By that time Apple had also launched a companion service to HealthKit called ResearchKit. It’s a software framework that lets researchers to build apps that can tap into HealthKit to gather health data from iPhone users. An early trial saw the Icahn School of Medicine at Mount Sinai track patients for asthma symptoms.

Needless to say, all of these issues are immaterial if the Apple Watch does not succeed. As of early 2016, there are plenty of indications that it is under-performing. Apple has yet to disclose sales figures, but analysts believe shipments may be half the 22m projected by IDC.

Google’s most recent foray into the fitness market is a free download for all devices running Android 4.0 or later – and for smartwatches running Android Wear. The home page comprises a chart that adds up activity such as running, cycling, and walking to create an picture of calories burned and steps taken over a given period.

It can also link up with third-party apps to create a more comprehensive picture of a person’s fitness and wellbeing. Partners such as Withings, Nike, HTC, LG, Motorola, Noom, Runtastic, RunKeeper and Polar have all launched compatible apps and devices.

In August 2014, Google announced Google Fit – an open platform for developers to more easily build fitness apps. It provides a single set of APIs they can use to store and access activity data from fitness apps and sensors on Android devices.

Like Apple, Google’s health strategy is inextricably linked to the popularity of wearable trackers. And in this respect it’s performing even worse than the iPhone maker. Android Wear devices

It’s worth mentioning that the ‘indie’ smart watch maker Pebble recently unveiled its own healthcare initiative. Pebble devices are mostly used for notifications, but they do include accelerometers for sensing movement. Pebble has used this function to create Pebble Health, which is embedded it the latest OS.

It tracks daily activity and automatically detects when the wearer is asleep. It then presents daily stats and insights. Naturally, Pebble is keen to encourage its enthusiastic developer community to build their own apps around the data. 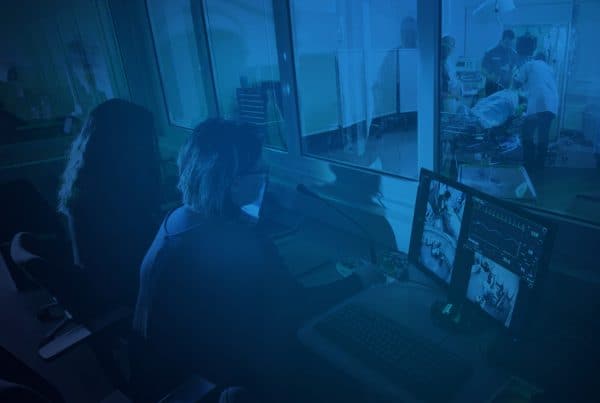 iPhone 7: the facts, the context, the controversies