The MEF Guide To… Augmented Reality

Every week, The MEF Guide To… gives you an useful primer on new technologies affecting the mobile ecosystem. This week the subject is augmented reality…

Like its sister technology virtual reality, augmented reality is a new idea that’s been around for decades. The term was coined as far back as 1990 by Professor Tom Caudell, who was trying to find ways for Boeing engineers to do their jobs better. His solution was a head-mounted display that could overlay aeroplane wiring blueprints over the actual parts. It saved the engineers from looking back and forth at their manuals.

He called it augmented reality (AR). Of course, the technology didn’t exist to make AR workable back then; Caudell’s concept envisaged a huge waist-mounted computer. So AR hibernated until the early smartphone era.

Around 2011 a small cohort of start-ups almost simultaneously revived the idea. They were Blippar, Zappar, Aurasma (part of Autonomy/HP), Layar, Metaio and Vuforia (part of Qualcomm).

These early pioneers all demonstrated technology that could overlay digital interfaces onto the physical world using smartphones. They did it in one of two ways. The first was by creating a barcode-like trigger which, when viewed through an AR app, would generate an image, graphic or video on the screen. The viewer could then do something with it: play a game, watch a video, move an image through three dimensions.

The second flavour of AR was located-based. Here a user would fire up the AR app, and train their phone camera at a specific landmark. The app would then recognise the co-ordinates and overlay the viewer with images and information. It’s fair to say this flavour of AR has been eclipsed. Its key protagonist, Layar was sold to Blippar in 2014.

Meanwhile, the ‘trigger’ based model for AR has flourished. Blippar now works with some of the world’s most influential consumer brands – Coca-Cola, Proctor & Gamble, Pepsi, Nestle. Its ‘blippable’ triggers deliver digital content that is unlocked via billboards, magazine pages and (most importantly) product packaging itself. It raised $45m in March of this year.

Another potential-filled application of AR is user manuals. It’s a use case that goes back to the tech’s beginnings at Boeing.

Some brands are already investigating the idea of hovering a phone or tablet over a device to reveal information that explains how it works. Audi is one. It launched an the eKurzinfo app, which identifies more than 300 elements of its A3 car and give how-to and maintenance information on each of them.

While there’s clearly a growing interest in the marketing and enterprise applications of AR, the newer market entrants appear more focused on entertainment and gaming. Microsoft has created immense excitement around its HoloLens product, which it unveiled in January 2015. HoloLens comprised a headset that lets users look at the real world and then see and and manipulate realistic holographic images. Early demonstrations showed how the viewer could see and play a game of 3D Minecraft using the headset.

Then there’s Magic Leap. This Israeli company emerged from semi-obscurity in 2014 to superstar status when it banked $542 million from Google and an array of Silicon Valley’s pre-eminent VCs. A year on, the company is still a little mysterious. But we do know that its ‘product’ is eyewear that projects light directly onto your retina. This tricks the brain, which can’t distinguish between light from the outside world and light from the fibre optic projector. That, according to the hype, makes the images look incredibly realistic and deep.

And there are plenty of breathless testimonies. Games designer Graeme Devine, who wrote the acclaimed franchise The 7th Guest, said: “Magic Leap invited me out to Florida and I just wasn’t interested… then I went to the offices and I saw something that I did not think was possible. I like to think I know technology and I am not easily impressed… but when I saw what they were doing, I just said, immediately ‘how can I help?'”

The eye-popping fund raise by Magic Leap came a few months after Facebook bought virtual reality for $2 billion. This prompted an on-going debate in the tech industry about which tech will prove most transformative. There are arguments on both sides.

Analyst Digi-Capital believes AR will win out – certainly in the short term. It estimated that AR/VR could hit $150 billion in revenue by 2020, with AR taking $120 billion. Why the difference? Well, Digi-Capital  contends that VR could have tens of millions of users, and that gaming will be its main focus. Meanwhile, it reckons AR’s addressable market is similar to the smartphone. Thus, it could have hundreds of millions of users. And the applications will penetrate all manner of consumer and enterprise markets.

Digi-Capital lists a few reasons for AR’s victory over VR. One of them is mobility: AR can be used anywhere because it doesn’t block out the real world. VR blocks out the real world, so is best in controlled environments. Another is immersion: Vividly immersive experiences are essential for VR. Less so for AR, where users need to clearly distinguish real from virtual. But against that, AR faces some major hurdles. There’s the social element. People are self-conscious about wearing eyewear in public – as Google found out with Google Glass. There are also technical considerations. AR also makes huge demands on data and battery life. 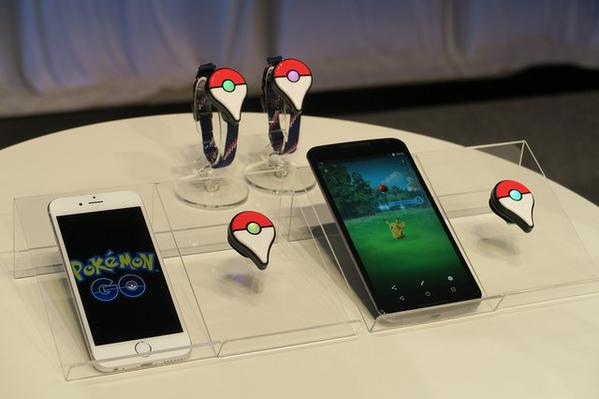 So where does AR stand now? It’s fair to say the tech is still far from mainstream. Blippar claims to have over 50m users, but would concede that its brand campaigns are still funded with experimental budgets. Hololens won’t launch till 2016, and there’s no release date for Magic Leap.

Perhaps Nintendo can make a difference. In 2015, the giant gaming company made a surprise announcement that it would finally begin making mobile games. The first was revealed as Pokémon Go, which is based around AR. The game lets players track, battle and train Pokémons, which are overlaid on to real-world settings. The game will work with a Bluetooth-powered device called Pokémon Go Plus that notifies players when a Pokémon is nearby.