By MEFNovember 2, 2018News Roundup
No Comments

While mobile ad fraud is nothing new, BuzzFeed’s deep reporting demonstrates the growing sophistication of bot networks that seek to defraud brands out of millions of dollars by impersonating real users. By acquiring legitimate apps that have been approved for download by trusted app stores, the alleged fraudsters avoided one way apps are policed. Acquiring the apps provides access to the user data of real people, which can then be emulated to generate fictitious activity that’s more difficult for fraud-detection services to detect and stop.

Google removes apps that violate Play store policies and last year pulled more than 700,000 apps that were in violation. After being contacted by BuzzFeed, the search giant removed more than 30 apps from the Play store that were said to be possibly fraudulent and ended multiple publisher accounts with its ad networks. Google said it had previously had removed 10 apps in the scheme and blocked many of the websites as it continues to investigate others. 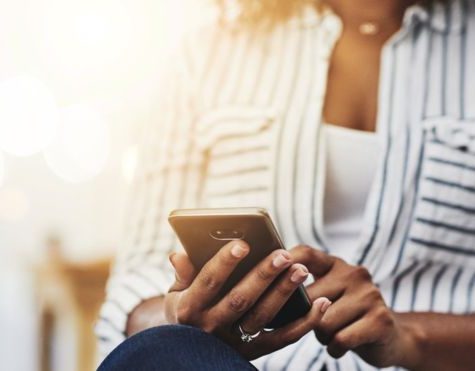 Staff in mobile phone shops have become key to the execution of “Sim swap” scams, Watchdog Live has discovered.

Once fraudsters gain control of a mobile number, they can intercept SMS text messages from banks containing security codes.

Scammers have drained thousands of pounds from victims’ bank accounts.

O2 told the BBC it currently only asks for photo ID when replacing Sims on a monthly contract, and that customers on Pay As You Go contracts would always receive an authorisation code alerting them that someone is trying to access their number.

WhatsApp found a place to show you ads

A WhatsApp VP says the messaging service will start showing ads alongside its popular Status feature, reports The Economic Times. Speaking at an event in New Delhi, WhatsApp Vice President Chris Daniels said that the ads would be the service’s “primary monetisation mode for the company” and would offer “an opportunity for businesses to reach people.” No timeline was given for the change.

WhatsApp Status was launched early last year as a knockoff of the Stories feature found in Instagram and Snapchat. It has since become very popular, even surpassing Snapchat usage. The feature allows you to add a combination of text, photos, and videos to your profile, which are encrypted in the same way as your messages. Status updates are visible to your contacts for 24 hours before they disappear. 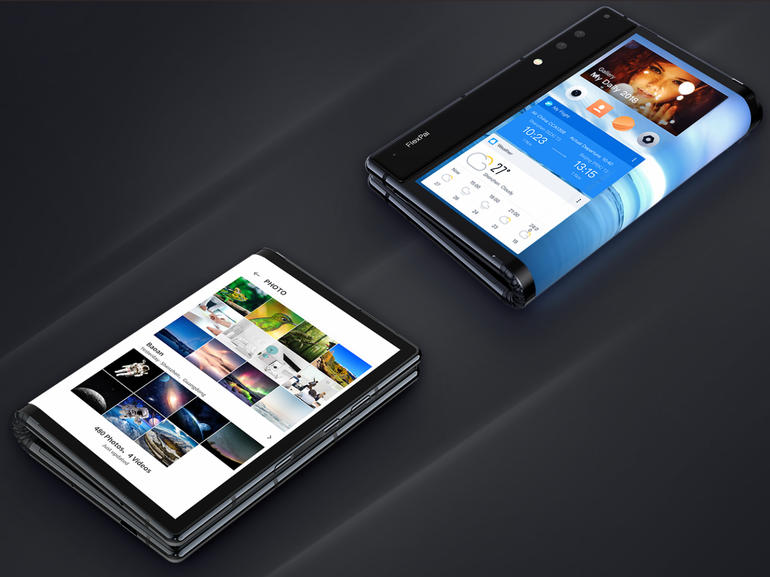 There’s been much talk of the race between Samsung and Huawei to release the world’s first foldable smartphone. But that title could now go Royole, a little-known mobile company with offices in Fremont, California, Hong Kong, and China’s hardware hub, Shenzhen.

Royole took the wraps off its 7.8-inch foldable FlexPai phone-tablet at an event in Beijing on Wednesday.

The device has a flexible area in the middle that allows it to be folded with the rear side facing inwards, converting it into a rather chunky dual-screen phone.

Thai banks have strengthened their push for the use of online banking services over physical branches with a suite of revamped mobile banking applications.

State-owned Krungthai Bank, one of the latecomers to the online baking market, has announced a new version of their app. The Krungthai NEXT app comes after the bank introduced the older version, Krungthai netbank, eight years ago. 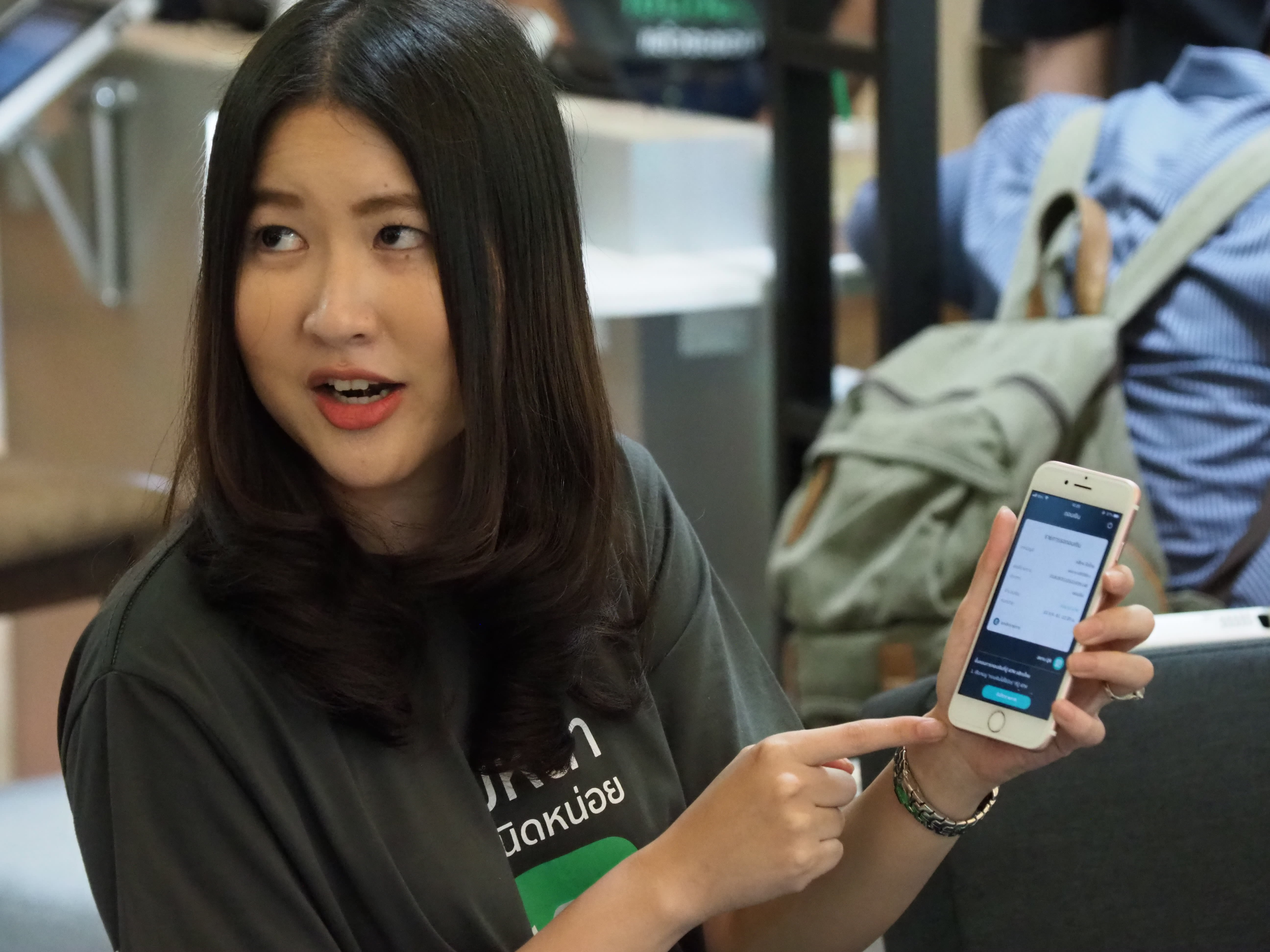 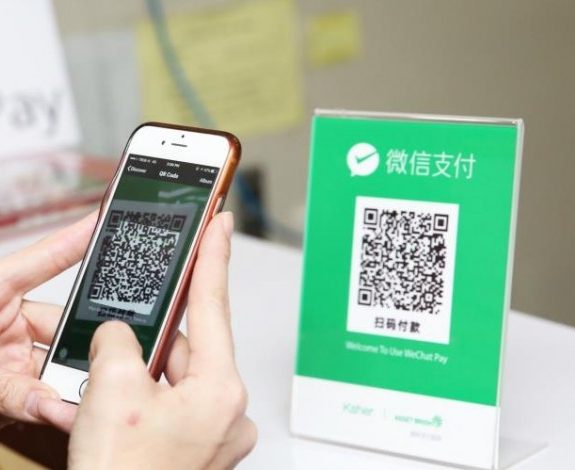 Research from Kantar found 85% of Chinese select mobile payment as the most preferred mobile payment method. China is well ahead of India at 38% and Hong Kong at 29% for mobile payments, which Singapore and Taiwan both lag behind at 13% as well as Australia at 5%.

Debit cards and cash are most popular in Australia at 33% and 32% respectively, while 40% of Singaporeans and 41% of Hong Kong citizens opt for credit cards and Taiwanese prefer cash (57%).

What’s the point of a blockchain phone? We asked an expert

Few technologies have attracted the frenzied level of unbridled hype that has surrounded blockchain over the last couple of years, but the technology is not well understood. Advocates often argue that blockchain goes way beyond cryptocurrency, even though the two are inextricably linked in the public consciousness, but deeper conversations about blockchain typically have a heavy focus on potential.

With HTC’s Exodus smartphone going up for preorder, joining blockchain phones from lesser known names like Sirin Labs and Sikur, we wanted to try and find out what a blockchain phone is, and who might want one? What can it do? And why are companies making them now? 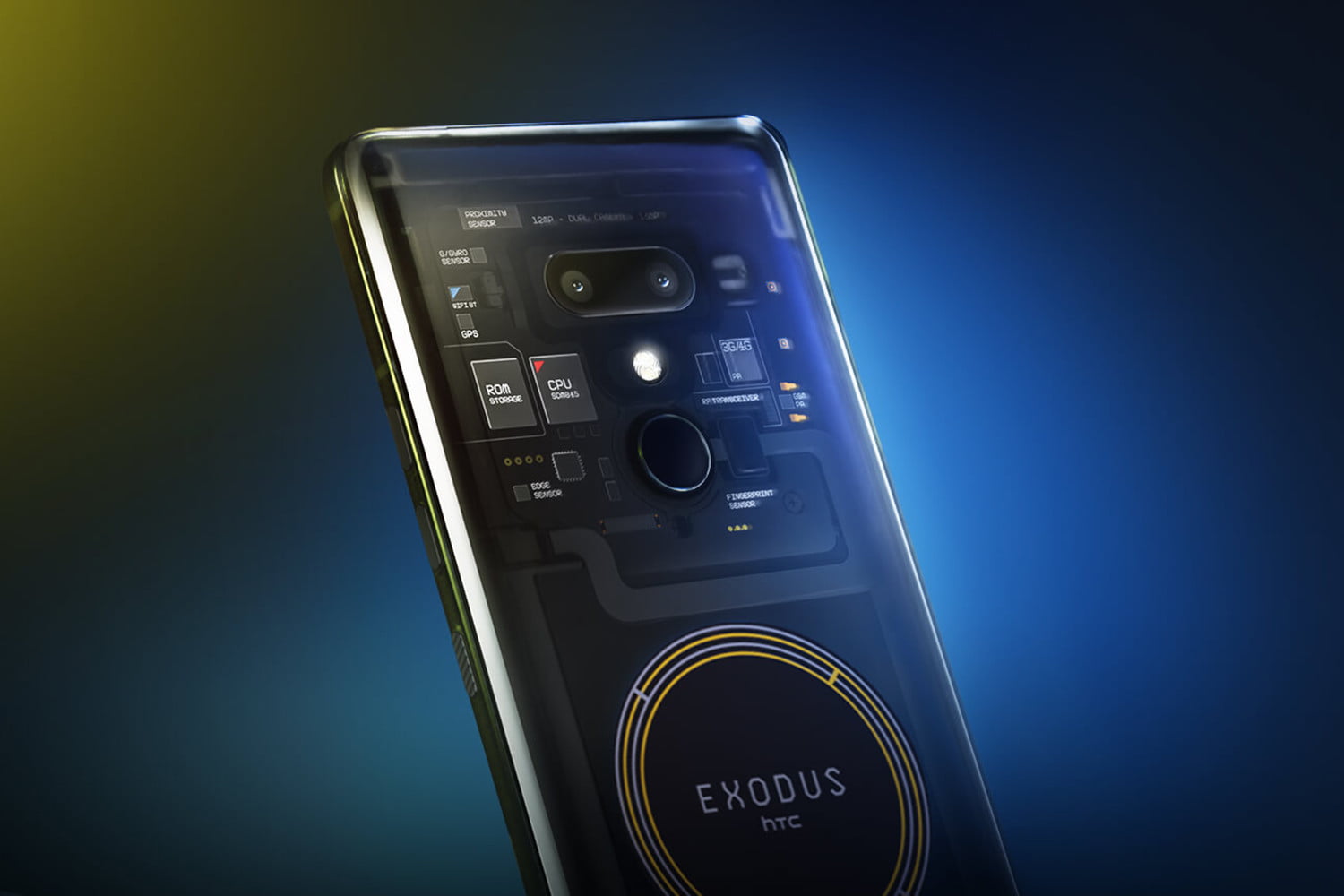 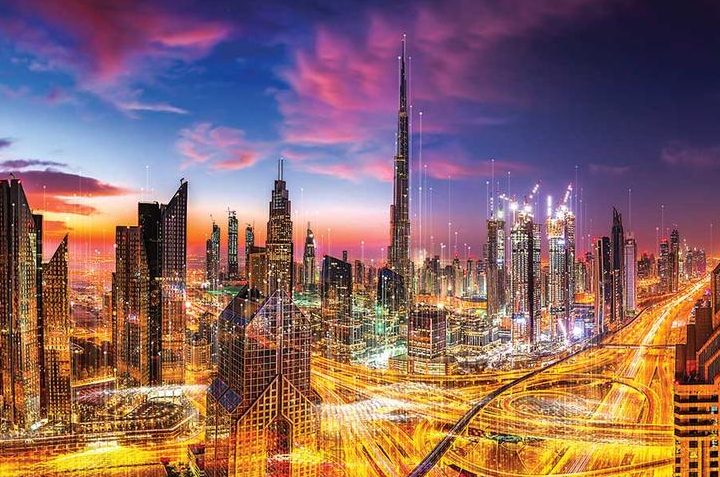 How the UAE, Saudi Arabia are planning a 5G revolution

Futurists have been selling us a vision of a more connected world for some time now, one where we are all seamlessly accessing whatever we like, wherever we want. Unfortunately, the reality is often rather more prosaic, with consumers having to endure long waits to watch a video or suffering from service breakdowns at crucial moments, especially if lots of other people in the area are trying to access the same service.

Unsurprisingly then, just about the entire tech industry is currently getting excited about a technology that could help deliver on these promises. 5G is short for “fifth-generation cellular wireless,” the next generation of mobile internet connectivity, which is expected to offer faster speeds and better connectivity on smartphones and other devices than ever before. 5G will enable greater speed, is able to move more data, has a lower latency, and is more responsive, and allows the connection of much greater numbers of devices, such as sensors and smart devices (think of the Internet of Things (IoT)).

WhatsApp, the Facebook-owned messaging application, was once seen as a simple means of communicating and sharing information with friends and family. Brazil’s elections, however, showed precisely how as disinformation runs rampant and even family group chats become political minefields, a much more sinister narrative of what the platform ‘offers’ is taking form.

In a result seen by many as impossible without the rise of social media and WhatsApp as a political news source, Brazilians decisively elected far-right nationalist Jair Bolsonaro (Social Liberty Party–PSL)—previously a little-known congressman from Rio de Janeiro with almost zero official public advertising time—over Workers’ Party (PT) candidate Fernando Haddad on Sunday, October 28. A significant chunk of this is due to the rise of WhatsApp as a theoretically democratic (albeit unregulated) space to share information, posing a direct challenge to the heavily controlled primacy of television, radio, and print—a trend that seems unlikely to be reversed. Bad actors—with the help of unsuspecting users—subverted democracy through the mass, coordinated spread of lies via the unsuspecting platform. 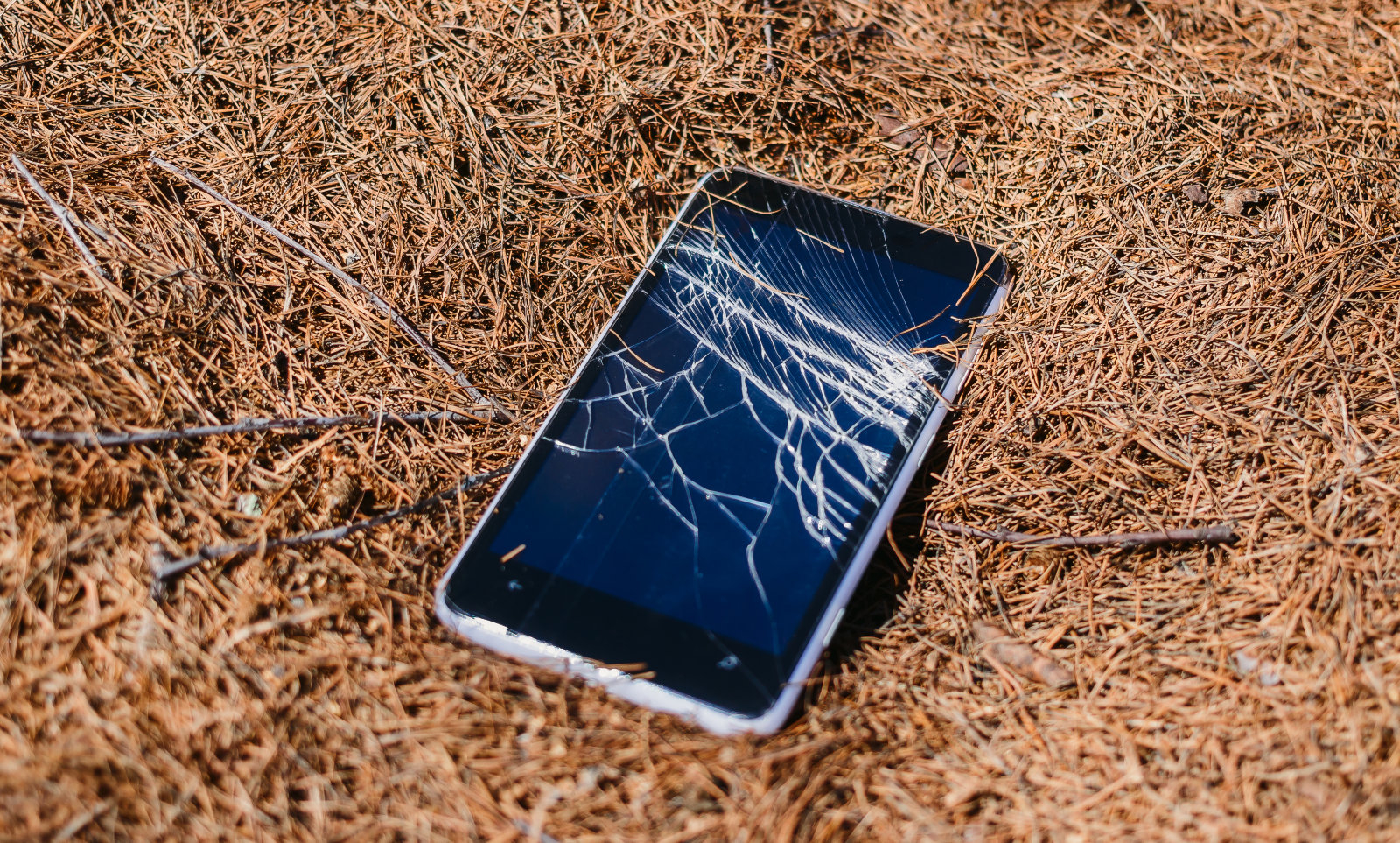 It’s not a secret that smartphone sales have been dropping around the world, but a new report gives us an idea of just how bad it’s getting. Manufacturers shipped just 355.2 million units last quarter, a decline of 6.0 percent over last year, according to data firm IDC. Samsung caused much of that pain because it shipped 13.4 percent fewer smartphones last quarterand it accounts for 20.3 percent of the global smartphone market.

The other main problem was in China, which represents a third of total smartphone sales. Shipments were down again in that country for the sixth consecutive quarter, on top of an 11 percent drop in the first half of 2018. “High penetration levels, mixed with some challenging economic times, has slowed the world’s largest smartphone market,” said IDC’s Ryan Reith.