Another Mobile World Congress is over.  There was more of everything this year. More visitors (108,000 up 7% on 2016), more exhibitors, more keynotes and more announcements made.  It can get very noisy.

But in amongst the noise the important technology trends emerged, trends that will shape the mobile ecosystem going forward.

MEF’s global membership was also there so we asked them what they thought of the show and what stood out for them at Mobile World Congress 2017.

Here’s what they said…

Trust was key item on many of the stands at MWC this year. Responding to an increase in concerns regarding privacy of individual’s personal data, coupled with acknowledgement of new legislation such as the EU’s General Data Protection Regulation (GDPR) which comes into force in May 2018, businesses were starting to identify new solutions in the handling and protection of that personal data.

Telefonica’s stand for example was dedicated to their four platform strategy, where the fourth platform is all about trust, transparency and open management of personal data giving the individual control over use of their data whilst providing a more personalised experience based on that data.

This theme was taken up by a panel on Consumer Privacy with Forrester, MEF, Orange, digi.me and Atomite all looking at how personal ownership and control of data can change the conversation from one of compliance to one of opportunity.”

Having spoken with so many companies, innovators and influencers at MWC 2017, I think it’s safe to say that communications and A2P messaging market is stable and growing. RCS sparked a lot of discussion this year; we were also interested in artificial intelligence, as we expect AI to open new frontiers in communications.

We’ve seen omnichannel enterprise communications solutions being sought-after by large companies. There were questions on how to build intelligent flows, how to make chat apps work in B2C engagement. Programs run from a single provider and interface with features such as automation, CRM integration and in-depth statistics seem to be key at a time when consumers look for seamless experiences across channels and devices.

From what we’ve seen – and this was Infobip’s 10th consecutive year at the show – MWC 2017 was the biggest so far.

The show confirmed the growing interest in new ways for mobile app monetization.

It’s getting increasingly difficult for app owners to make money in the crowded app landscape. In addition, in-app ads do not pay off as a sustainable revenue income due to the high rate of inactive app users. App owners increasingly search for new app functionalities that would generate revenues on their in-active user base.

The biggest highlight has to be the re-launch of the Nokia 3310 - we're going to a phone that was classed as an antique, but also a priceless piece of where we are in mobile technology, I think it’s the only phone alongside the iphone that could be classed in that way..

This time around .. I've seen an increasing focus on virtual reality games – AR and VR are becoming very popular – there are so many guys exhibiting around VR which is catching up in India as well.

I love Mobile World Congress.  That is a brow-furrowing statement for many – how could anyone enjoy the concentrated madness of 100,000 mobile industry executives queueing for sandwiches and taxis?  But I’ve been in this industry since 1985, and I had my first beer at the 3GSM World Congress (with Ray Anderson, elected last week to the Board of the MEF) in 2001.

We’re fortunate that this industry has attracted a large number of very smart, likeable people, with whom it’s been fun and interesting to work – and compete. Once a year, we get the chance to catch up with them, wherever they live now, and it’s great.

It was great to meet new faces too – I was fascinated to talk with MEF sponsor Syntonic, leading the industry’s new wave of sponsored data. At MWC, President Trump’s appointed successor to Tom Wheeler at the FCC affirmed a more benevolent approach towards the sponsored data model.  Having literally plunged from a stage in 2009 promoting the “sender-pays” model for content data (yes, it’s on Youtube) I felt the acceleration of this fundamental trend was one of the big stories of MWC 2017. 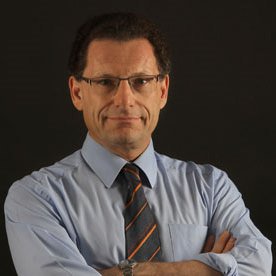 SMS has been around for a relatively long time, which gives it many unique advantages in terms of reliability, scalability, and global ubiquity; but exciting news about SMS has been in short supply. This year OpenMarket was at the heart of some genuinely exciting news, as one of the official partners of Google’s Early Access Program for RCS rich messaging, also known as “upgraded SMS”.

I had the pleasure of demoing OpenMarket’s RCS solution at the GSMA’s Innovation City, showcasing our clients Virgin Trains. The reaction was uniformly positive. Where SMS is the single most effective way for businesses to reach consumers globally, RCS adds much of the functionality of OTT apps right into a smartphone’s native messaging app. With the likes of Google, ZTE and Samsung getting on board RCS looks like it already has the momentum to address 4.7 billion people worldwide, and this is just the beginning.

We are always challenged to see how bandwidth is going to affect the IoT space. Is it going to be quick enough? When you see motor cars racing each other without driver using pure bandwidth, it's very comforting to know that we are heading the right way.

There are a lot of disruptive technologies appearing – we saw more of what we had last year at MWC, however I believe this year it's everything about Virtual Reality, Augmented Reality, IoT, and connectivity and I'm excited to be part of this because actually we can see technology is evolving for good.

5G and IoT were the buzz words and focus of MWC 2017, though I was pleased the hype did not overshadow my experience.  5G faces challenges in particular as to roll-out costs and likely financial returns, whilst IoT has not yet reached predicted growth.

Nevertheless, IoT feels likely to be a feature of future MWCs, especially if consumer trust concerns are properly addressed, as is VR.  VR was prevalent at MWC, albeit without the hype of previous years and the same could be said for wearables.  Was certainly envious of those with the time to stand in line for the Samsung VR rollercoasters!

VR emphasis at MWC was still largely consumer focussed, though I did experience an impressive business focussed design application which surely will become mainstream for architects.  Finally, MWC felt like the busiest ever and it was! A record attendance of 108,000, surpassing the previous record of 101,000. 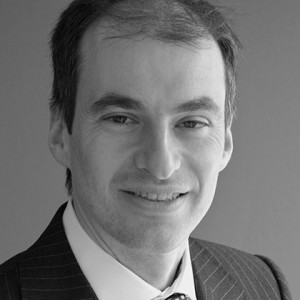 RCS, has new found life; was the biggest surprise from the show. “Google power” has clearly changed the game around RCS, notwithstanding six years of ineffective traction since it’s launch.  Clearly, its time may still come.

AI, artificial intelligence, “Chat bots,” “Conversational Commerce,” and “Connected Intelligence” has seized the imagination of mobile. Seven presentations at the MWC and the start up focused 4YFN covered the topic. Its real, and its coming. And it isn’t necessarily going to be defined by mobile– its more likely to be the enterprise software ecosystem and “mobile” will follow their lead.

AR/VR has fully entered the mobile consciousness. Visiting three booths my wait time was filled with VR headsets for targeted experiences (pitches). Once is an observation. Twice interesting. Third time is a trend. I even saw some attendees playing Pokemon Go—which has fueled $200M in global operator revenues last year.

Last, 5G and all it’s implications regarding connecting everything around you from light bulbs to cars—in addition to voice and messaging—is now a core conversation point, so concrete examples is what we’ll probably see for MWC 2018!

Our presence in the Mobile World Congress has been extremely insightful in terms of being in contact with the market trends. It´s clear that device launches have not been a central part of the mobile ecosystem and that the market is taking a different approach. This year´s edition has portrayed a market which achieves a growing social interest.

The MWC17 has provided us essential tips on the sector’s transformation, which we all must take into consideration, including: the next generation of wireless technology, 5G and IoT. In addition, we must keep our focus on the essential role of mobile user experience.

We are aligned with the business insiders and we truly believe that most innovations will come hand in hand with the telecom networks, instead of the devices. These market insights will undoubtedly frame our ongoing activity improvements.

Get more insights from MWC17

MEFTV was on the show floor Mobile World congress all week checking out the hottest new tech and speaking to MEF members.

Get more insights into what went on for MEF and its members at the worlds biggest mobile event, live from the showfloor.