2016 was another landmark year for the mobile payments space. In the second part of our annual review of the market, MEF reveals the 10 biggest stories of the last 12 months…

How would you like to type a message to a chat bot to make a payment? Or smile? Or nod? All of these new ways of making and authenticating transactions are possible because of the smartphone.

The phone is an extension of us in a way that a desktop PC could never be. That leads to exciting and intuitive new ways to pay. These new ideas cropped up throughout 2016, among other big developments. Here’s MEF’s round up of 2016 (part two)…

Everyone knows passwords – on their own – are an annoying and mostly unsafe way to authenticate yourself.

In 2016, Google declared it wanted to kill them. Instead it plans to use a variety of mobile-enabled metrics to create a trust score. Factors could be typing speed, voice, facial recognition, location and proximity to familiar Bluetooth devices/Wi-Fi hotspots.

Google’s Daniel Kaufman said: “We have a phone, and these phones have all these sensors in them. Why couldn’t it just know who I was, so I don’t need a password? It should just be able to work.”

Combined, these factors would be a reliable indicator of ID – and they’d do so without the user having to do too much. Google plans to offer a Google Trust API technology that can be implemented in Android.

Can a sole retailer succeed with its own payments product? Established thinking says no – a wallet should be useable everywhere for everything.

But Starbucks proves this wrong in mobile. And in 2016, Walmart stepped up its effort to establish its own mobile payments service.

The giant retailer made Walmart Pay available to shoppers in 600 stores across Texas and Arkansas. It’s a free service integrated into the giant retailer’s app for iPhone and Android, and supports payments with any major credit, debit, pre-paid or Walmart gift card. Payments are completed when the user scans a QR code.

The launched speeded up the demise of CurrentC the cross-retailer mobile wallet that Walmart helped to create (see ‘RIP CurrentC).

Facebook has a history of emulating successful rival services. In the past it’s launched lookalikes of FourSquare, SnapChat Stories, Vine and others. But few expected to see it take on eBay.

But in 2016 came Marketplace, a place for users to buy and sell stuff inside the Facebook mobile app. The service is very similar to eBay but makes use of the ease of photography and communications within the Messenger app.

Facial recognition is one of the more compelling of biometric authentication ideas. It can be very quick and intuitive for users (though it has its flaws).

Earlier this year, Mastercard piloted its Identity Check authentication system that maps a user’s face to approve a transaction. By autumn the firm confirmed it is bringing the system to the the UK, Austria, Belgium, Czech Republic, Denmark, Finland, Germany, Hungary, the Netherlands, Norway, Spain, and Sweden.

The ‘selfie pay’ headlines wrote themselves.

Mobile has been a mixed blessing for PayPal. On the one hand it has accelerated the rise of digital payments (which is PayPal’s reason for existence). But on the other it has chipped away at its USP. In the mobile world, your payment credentials can be stored locally, so why bother with a cloud wallet like PayPal?).

Meanwhile, PayPal has also been through corporate changes – splitting from eBay. But in 2016, it did make a number of eye-catching announcements designed to claw back some ground in mobile.

There was a historic agreement with Mastercard to make the latter a clear payment option within PayPal, while making it easier to user PayPal at the physical point of sale.

PayPal users will be able to cash out funds held in their PayPal accounts to a Mastercard debit card. In return, PayPal will no longer be subject to the MasterCard’s digital wallet operator fee.

And PayPal also joined forces with Vodafone UK to allow UK customers to make contactless payments in shops, restaurants and on transport services from Android phones, funded from their PayPal accounts.

While all the hype has been around Apple Pay’s ability to do contactless payments, the real benefit of the features is surely in-app.

A card and a phone are more or less the same in a shop. But online the ability to press a fingerprint to make a purchase it loads better than passwords and PINs or (worse) filling in card details from scratch.

Till 2016, this process was available only in apps. But at its developer conference WWDC, Apple confirmed that Apple Pay would be usable on selected websites.

Here’s how it works: you click a “Pay With Apple Pay” button on the site, then get a text on the iPhone. This prompts you to touch your fingerprint to complete the purchase.

Very quick. Obviously, card details are stored locally on the phone (and tokenised), so it’s safer than surrendering them to the retailer.

Of course, it’s limited for now. Only on Safari, so no good for PC users or anyone using Chrome et al.

In 2016, Facebook went big on chatbots. It launched a platform so that brands could develop bots that chat to people as if the bots were humans. Facebook thinks this is a better way to find stuff out (when’s my flight? where’s my order? etc) than menus and web sites and forms.

It was a success and inevitably Facebook began testing payments to bots too – in the US. It said payments could be integrated into messages, making it easy for customers to shop and purchase without leaving the app.

In fact banks and financial institutions had already proved keen adopters of bots. AmEx was among Facebook’s first cohort of partners, while Mastercard worked with bot specialist Kasisto on its own bot assistants.

You can’t ignore the numbers. Yes, its clear that in-store contactless transactions using Apple Pay, Samsung Pay and Android Pay work perfectly well. And they have many contented users. But transformative they are not.

2016 was full of stories reporting the negligible impact of these services. Perhaps the most damning was from Fortune about Black Friday payments.

It said that about 90 percent of payments made in stores came through credit cards. Mobile phone payment accounted for just 0.6 per cent of the day’s activity,

Of course, in the online world the very opposite is true. Shoppers are all over mobile. According to Adobe. 36 per cent of the $5.3 billion Black Friday online shopping spree was made on mobile phones or tablets.

What’s the role of the operator in money? For a while, it was as a payments enabler, but most of these (mostly NFC related) experiments failed. So it that the end for operators in money? No. They want to be banks.

In 2016, Telefonica Germany launched the O2 Banking app as a free download for Android and iOS. It comes with a debit MasterCard. The operator thinks it can marry mobile banking services with voice, text and data to offer something that’s more affordable and useful than most ‘traditional’ bank services.

Account holders can get data top ups rather than negligible earnings of interest, sign up via video link, and get instant loans. It’s all being powered by Fidor Bank.

And Telefonica Germany is not alone. There’s Telenor Serbia and Orange Bank Poland. Indeed, Orange has applied for banking licences and will launch in France and Belgium soon.

Few were surprised when the US retailer consortium MCX finally confirmed the demise of its mobile wallet,
CurrentC.

MCX unveiled CurrentC in September 2014 as a system based on QR Codes that would let customers pay and redeem loyalty points across some of the US’s biggest retailers – Walmart, Target, Gap etc.

But the project was mired in development problems, and when Walmart launched its own scheme, it became obvious that even its founders had lost faith in it.

The episode proved again how hard it is to make a success of JVs in mobile payment. Numerous projects by operators and banks – Weve (UK), Valyou (Norway), Buyster (France), SixPack (Denmark), Softcard (US) – have failed. 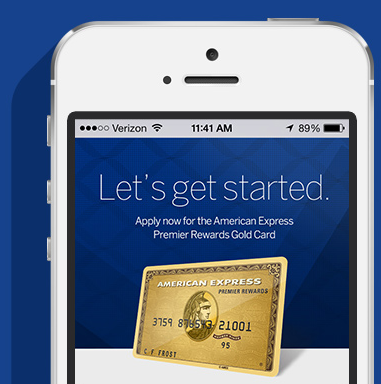