Blockchain: Can Africa Successfully Leapfrog its Way into the Future?

Andrew Fassnidge, the founder of AppsAfrica and the upcoming Africa Tech Summit in Kigali, shares insights into the burgeoning blockchain scene in Africa, and discovers why the technology could be of huge benefit to the continent, and why educating governments and regulators will be key.

Blockchain. The current hot topic across the globe right now, not excluding Africa. The biggest 2019 news surrounding blockchain had to be the controversial Libra project. The Libra Association, co-founded by Facebook, said the new cryptocurrency would help the world’s unbanked to enter the financial system, citing 1.7 billion adults without bank accounts who could use the virtual currency.

Before the inaugural meeting, the association was hit by some significant partnership losses; seven of the original 28 founding partners including Mastercard, eBay, Stripe and Visa, bowed out from the project. It was recently announced that Vodafone quit, making it a total of eight companies to have abandoned the project. The problem? Libra had attracted regulatory scrutiny, following from expresses reservations from governments and banks across the world. Ahead of Africa Tech Summit Kigali, we spoke to some industry leaders and speakers of the event who gave insight into the future of Blockchain on the continent.

Speaking on blockchain’s use cases, Ben Onuoha, Founder of Africa Blockchain Alliance said the biggest benefits for blockchain are in the financial services sectors, especially in remittance and payments using bitcoin and other digital tokens,

“People often find it difficult to move money around within the continent so they resort to various blockchain platforms for this. For payments, a lot of African merchants use bitcoin to pay for imports from Asia.” Akin Sawyerr, Strategy and Governance Lead for Decred said the biggest use case for blockchain is cryptocurrencies, non-sovereign distributed digital money.

He says,“the cryptocurrencies that are leading the charge are stores of value that have fixed and verifiable monetary policies, are sufficiently decentralized to avoid collusion and capture, and are secure enough to resist double spending or other forms of attack.” Jens Glaso, CEO & Founder of Blockbonds commented on blockchain’s use case saying the list is almost endless but narrowed it down to ID and “enabling secure and reliable transactions or contracts, between 2 parties”.

It is no surprise that Blockhain’s most popular application on the continent is said to be financial services; it enables the existence of cryptocurrency, including bitcoin, its most popular cryptocurrency and the one for which the technology was created.

Blockchain has caught the attention of regulators, most especially because it is the foundational technology behind cryptocurrencies. Despite being hailed the solution for everything, there is still a lack of awareness of the technology outside of banking and how it works. In order to promote the use of blockchain, outside of cryptocurrencies, businesses and governments must work together.”

Research from Luno’s ‘The Future of Money’ report revealed that as large global tech firms move into blockchain and altcoins, early adopters will probably come from emerging markets. However, despite its rising popularity, there are concerns regarding the vulnerabilities in cryptocurrency.

Blockchain has caught the attention of regulators, most especially because it is the foundational technology behind cryptocurrencies. Despite being hailed the solution for everything, there is still a lack of awareness of the technology outside of banking and how it works. In order to promote the use of blockchain, outside of cryptocurrencies, businesses and governments must work together.

“Governments should first of all avoid being too quick to enact legislation and policies that could stifle adoption and innovation.” says Sawyerr. “They should first deploy time and resources to understand the technology and support civil organizations and companies that are investing in the space.” Lending weight to this argument, Onuoha adds, “When they’ve understood it and how it can help them in governance, they need to then lead by implementing various blockchain pilots in phases just like Dubai, Singapore, China and others. With this approach, they can better create legislation that will enable blockchain  solutions and startups to thrive.”

Glaso also confirms this approach, and considers what’s at stake if governments do not embrace forward-thinking technologies. He argues, “my impression is that the regulators and governments have understood that if they fail to take advantage of the data they already have, there is a bold risk that they will fall even further behind. Taking a role in guiding banks to digitise their platforms is crucial if they are going to be able to handle the expected population growth and urbanisation which is coming over the next years.”

General consensus is that education levels for blockchain across the continent is relatively low, although Hon. Michael Onyango, Ministry of ICT Kenya believes different countries are at different levels because of priorities laid out by different governments “Education levels will only be driven when citizens understand how these technologies can impact and improve their lives, and as such many other players over and above governments need to get involved”.

For Glaso, he believes it is very strong in some groups but still has a long way to go for reaching general acceptance, “the full impact of blockchain driven technologies still remain to be discovered by the world. People need to be exposed to more useful products. Here governments can do more to support companies like SPENN.”

On education, Sawyerr believes we should be looking beyond brick and mortar schools and curriculum designed for a pervious age and instead, “encourage curriculum that emphasizes STEM education, leveraging the internet and virtual based education approaches to augment face to face interactions, and in some cases eliminate the need for face to face instruction entirely.”

Companies such as the Africa Blockchain Alliance are dedicated to improving this and have trained close to 50 engineers in 2019 via the Africa Blockchain Developer Program with Consensys Academy. “We’ve also done many non-tech blockchain education sessions for various groups across the continent. Such efforts for tech and non-tech training on blockchain need to be scaled up,” notes Onuoha.

The speakers at ATS have their own ideas on which sectors will lead the blockchain charge. “Financial services will benefit the most from blockchain because many corporations and startups in that sector seem to be working on a lot of blockchain initiatives and thus have a headstart/first mover advantage,” says Onuoha. In addition to Financial Services benefitting from the technology, Sawyerr speculates that the job markets will undergo the greatest disruption adding, “blockchains will expand the demand for distributed work which presents a massive opportunity for our young African population to develop skills and find employment opportunities that are not limited to the physical geographies we live in.”

Reiterating blockchain’s endless opportunities, Glaso concludes, “the great thing is that it is not sector specific. Take ID and transactions for example, that relates to everything from healthcare, education to financial services.”

Africa’s Blockchain potential has only just scratched the surface and as long as many African countries embrace the technology and other emerging technologies, there lies an opportunity for the continent to build its own technological infrastructure that will power the continent. 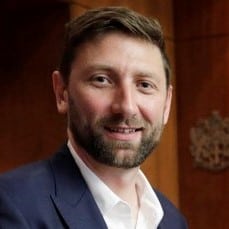 The Africa Tech Summit in Kigali, February 4th – 6th 2020, will once again provide unrivalled insight, networking and business opportunities for African and international tech leaders and investors who want to do business in Africa. 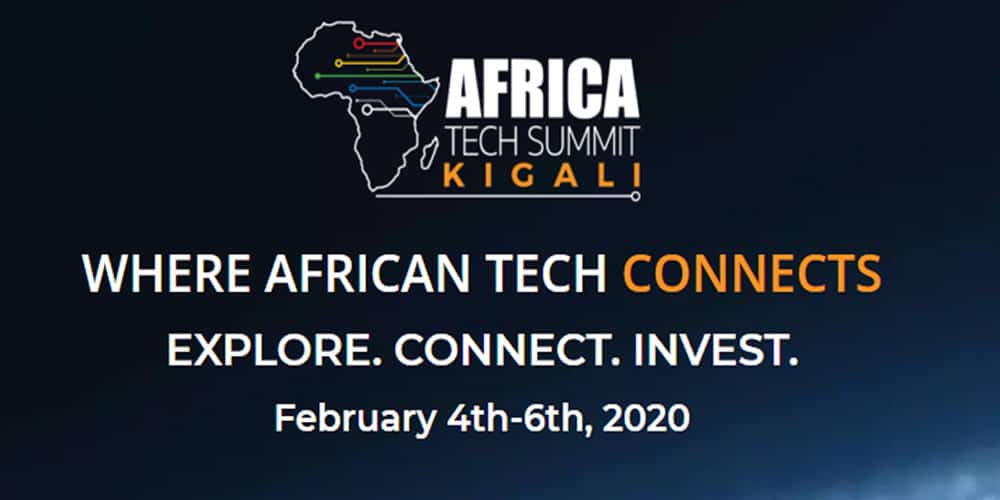