Calling all African startups: four tips for partnering with a telco

It is common knowledge that revenue pressure from OTTs (Over-The-Top) players, like Facebook and WhatsApp is eating into traditional mobile operator/telecommucations company (telco) revenue from minutes and megabytes.

Telcos continue to seek the right monetization model to monetize and penetrate their walled gardens that have redefined communication. 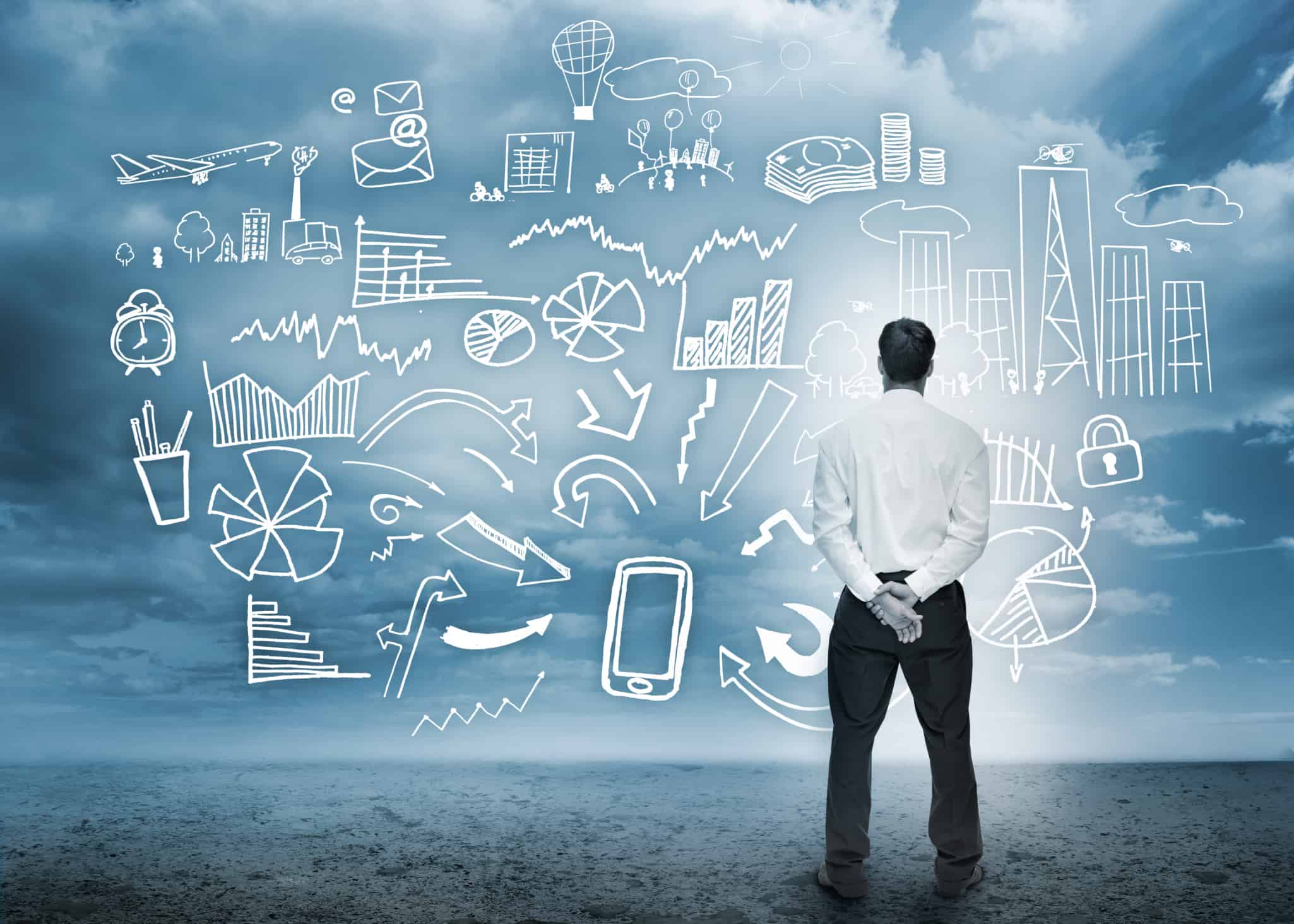 This is particularly acute in Africa where 3G launches were several years behind developed markets but consumers’ lower earning power accelerates this commoditization in the search for the cheapest megabyte. A good friend once put it well — “in Africa, you build a $50 ARPU (Average Revenue Per User) network for a $5 ARPU customer.”

In addition, the connectivity revolution has upended the Fortune 500 company, and fundamentally has changed the ways consumers ‘consume’ everything. Every industry now has to ‘digitize’ their value proposition — giving rise to what is now called, the ‘Digital Economy.’

In Africa, the value proposition may have to be wholly digital because sometimes the ‘analog’ proposition may not have even taken off here yet, lending even more importance to this new virtual economy.

These realities have created a tricky environment for the telco because the core value proposition is being encroached upon but is expanding at the same time, at different speeds! All is not lost though, as telcos own the wireless network infrastructure that powers connectivity, and while the burden of the capital expense still rests with the telco, the digital economy creates an opportunity to derive value from any industry with a digital aspect — from agriculture to waste management.

Telcos must emulate or more feasibly partner with players in other industries, to deliver this next-generation of services, while focusing on the core connectivity business. This is especially tasking in Africa where many of these companies are startups because they are much younger than verticals they exist in.

The telco has four major assets that can be offered in partnership — its brand, reach, customer insights, and infrastructure. These assets can be leveraged for a diverse set of industries to derive digital business value.

The telco has four major assets that can be offered in partnership — its brand, reach, customer insights, and infrastructure. These assets can be leveraged for a diverse set of industries to derive digital business value.

These assets represent digital infrastructure that can take the place of physical infrastructure which is usually wanting. For example, pre-paid electricity meters can communicate account balance if they have a SIM card. Subscribers can then be notified of a low balance and authorize payment so that power is not interrupted. This leads to a contiguous subscriber experience and a more stable power sector with revenues that can now have a more meaningful effect on GDP.

Unfortunately, many of these partnerships do not survive the whiteboard because of a few common issues that are a challenge in most markets but more aggravated in an emerging market setting. In my role at Etisalat Nigeria, I am responsible for creating the enabling environment for these partnerships and the following are some of my observations of these challenges.

1. A Clear Path to Monetization

The core business of a telco is building out the network and deriving value from it; in emerging markets, many telcos are actually still in investment stage unlike other markets. The consequence of the environmental challenges mentioned earlier is that commitment of the finite resources must show a clear Return On Investment (ROI) and alignment with the telco’s goals. And at any point in time, there are 10 times more digital business opportunities being considered compared with the normal flow of products in a developed market telco. Remember, we are busy leapfrogging older tech that never made it to Africa in the first place.

Digital business, being new is essentially more risky than a telco is used to. This risk can be described along two lines: 1) Market/Demand risk — will customers pay for this product? 2) Execution risk — can we successfully deploy this product? You may think your product will make you a few million dollars, but until the demand + execution risks have been mitigated and enough consumers believe in this proposition, a telco won’t be fully convinced if they have not been successful with a similar product.

The cost of covering these risks is a major reason for the ‘overbearing’ telco revenue share proportions that upset startups so much. Telcos have more experience creating products and scaling them than you do.

My advice: Put some skin in the game with a business model that shares the risk with the telco e.g. revenue share and have a frank discussion about a split that covers the telcos costs (and yours, of course). In Africa especially, there is a daily forex expense (for equipment sale, installation, and support) that must be covered to keep the network running. If the split is not in your favor, don’t panic! It is okay to push for a volume based adjustment — so the more successful your product is, the greater your share. This way, if your product hits a tipping point, then you can benefit more from the upside.

My advice: Take time to understand these processes, the people behind them and what motivates them. Also understand that the telco will never move as quickly as you do because decision-making rests with significantly more people compared with your organization.

And get some help from a professional (legal, operational, etc.) who is comfortable within this type of operating environment to guide you around these processes.

You can often find a range of people who have worked within a telco or within an experienced partner before that can help. Take Facebook’s Internet.Org proposition, in a very short time span, the proposition was modified several times based on knowledge acquired from deployments with telcos (and often driven by ex-telco staff hired on by Facebook) which has rapidly improved their ability to partner. If the juggernaut that is Facebook can change to enable partnership with telcos in Africa — so can you.

While telcos and OEMs do work to GSMA standards, there are many layers of proprietary technology that are not shared even amongst telcos in the same markets. The end product might seem the same but the means can vary widely between telcos. This tends to frustrate partners who wish to deploy their service with a ‘one size fits all’ approach. Creating the marriage between technologies to deliver the services results in lengthy integrations that startups might not have factored into their business models.

My advice: First determine whether the target market you can identify within one telco is enough to meet your numbers, if it is, start with one partner. Don’t spread yourself thin by trying to manage simultaneous integrations with different telcos. If your idea is truly revolutionary, there will be barriers to entry from competitors copying you.

As mentioned earlier, but arguably more importantly in this case — previous operator experience on the partner side can significantly reduce the time these lengthy integrations could take. Also, remember the handsets. There are still by far more feature phones than smartphones in most of Africa. So please think about Android AND USSD.

Telcos can only derive value from their own customers. Often partners expect a telco to deliver their competitors’ customers as well. Unlike the internet, the telco networks are walled gardens and do not offer universal connectivity. Furthermore, users and the go-to-market plans tend to vary by device. Sometimes, partners have products that work for the trendiest device at the time, which can often have a small subset of the telco’s customer base.

My advice: Not all telco customers are the same, be mindful of that. And as the ‘Internet of Things’ continues take off, this device diversity will deepen. Similar to the above, understand how many customers it would take to make your business plan and make sure you build your product to their needs. Start talking to a telco partner early enough so you learn about the right platforms to build services for.

All in all, when telco partnerships can successfully navigate these challenges, they can be immensely rewarding. But both sides need empathy, flexibility, and a little bit of luck to find that fit! 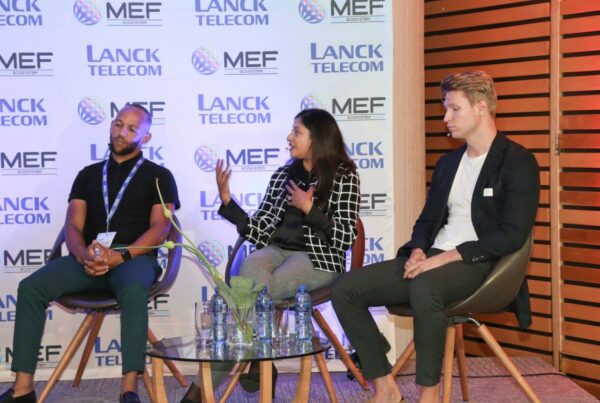