An exclusive glimpse behind the scroll wheel of the Apple Car

The new Apple Car won’t have door handles and will be incompatible with all your other cars. But that won’t stop you wanting one. Tim Green takes a light-hearted look at Apple’s move into motoring…

The tech blogs have been buzzing for months about the prospect of the Apple Car. Apparently engineers have been leaving Tesla to go and work at Infinite Loop.

And let’s face it, Apple desperately needs something new to reverse its fortunes. Wall Street has not yet forgiven the company for posting record profits of $18.4 billion last quarter. A pathetic two per cent up on the previous one. Hang your head in shame, Tim Cook. 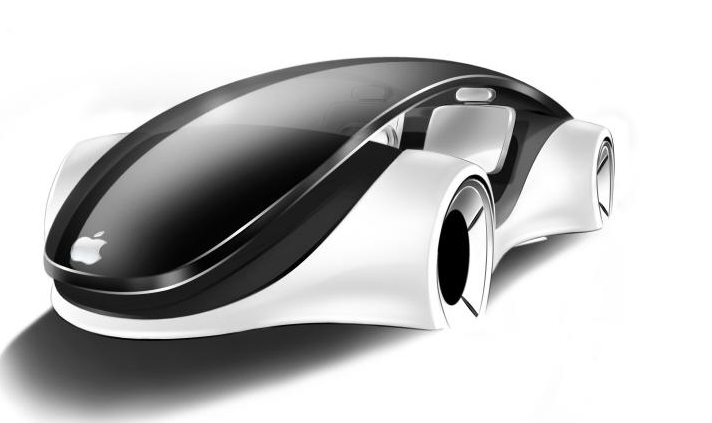 There’s a scroll wheel where the steering wheel should be. Apple doesn’t like things sticking out. This may take some getting used to. You’ll kill some pedestrians but eventually you’ll get the hang of it.

So it looks like the Apple Car will be the next big strategy play by the firm. Let’s hope it’s as successful as the, er, Apple Watch.

What will it look like? Well, until a careless Apple engineer leaves a prototype on a bar stool in Sacramento, we’ll have to speculate. Here’s what I think.

First off, the Apple Car will be the first to ship in a box. It will sigh when you open it (you’ll need a ladder) and the first thing you’ll see is the manual and wheel remover. The latter is necessary because the Apple Car uses proprietary wheels.

Underneath the car is the charging lead. Like the wheels, it’s unique to Apple. None of your other leads will charge this car. Oh, and there’s no wall plug in the box either. But you can buy them at the Apple store for $99. Also, be aware that next year’s Apple Car will come with a completely new type of power cable.

These are important issues to bear in mind since the Apple Car will run out of power at 4.30pm every day.

Now, you’re ready to drive. Needless to say, there are no door handles on the Apple Car. Jonny Ive hates them. So you’ll need your Apple Car app (not available on Android) to open the doors. Make sure your phone is more than 50 per cent charged or you can’t get in.

As you sink into the white driver’s seat, you’ll notice there’s a scroll wheel where the steering wheel should be. Apple doesn’t like things sticking out. This may take some getting used to. You’ll kill some pedestrians but eventually you’ll get the hang of it.

A few other things to look out for. If you’re unlucky you may get a buggy model that doesn’t work when someone’s sitting in the passenger seat. This is because their legs cover the wifi antenna. Generously, Apple is giving out free rubber trousers your passengers can wear to unblock the signal.

The firm is also working hard to remove some glitches from the Apple Maps SatNav system. In tests, some drivers ended up in Swindon. And no one wants that. Even the people intentionally going to Swindon.

If you do have to fix these issues, don’t worry too much. The dashboard will remind you every day that a new upgrade for iCar OS is available. If that doesn’t sort it, just pop in to an Apple Car showroom. As you wait several hours for your appointment with a Genius mechanic, you can check Facebook on the demo car dashboards – just like dozens of Brazilian tourists.

Of course, you might not want an Apple Car. You might prefer an Google AndRoad. Google’s car is far uglier than Apple’s and it runs ads on the rear view mirror. But it is free.