Uber to Pay $7.6m Fine for Failing to Share Data with Regulators

Controversial taxi-hailing app Uber has agreed to pay the state of California $7.6m (£5.3m) in fines for failing to share data about trips taken using the service that are required by transportation authorities and regulators.

In order to operate a transportation network company, which Uber legally counts as in California, the firm has to provide information on the number of trips taken broken down by postal code, as well as how much riders have paid, data on accidents and how many wheelchair-accessible vehicles have been requested.

A judgement on the case was originally made last year by a California judge, ruling that the company had violated state rules for transport companies, but Uber challenged the decision. The California Public Utilities Commission upheld the ruling, finding the company in contempt and raising the fine from the original amount of $7.3m.

Google Play saw a huge increase in downloads in 2015 thanks to first-time device owners in emerging markets, reports App Annie.

However, Apple’s App Store continues to dominate in revenue generated. In last year’s Retrospective, we noted a 60% download lead of Google Play over iOS. This widened to nearly 100% in 2015.

This massive disparity could mark the beginning of major changes in mobile marketing, including substantial increases of Android’s share of mobile ad spend

Netflix whizzes past 75 million subscribers thanks to record international growth

Netflix share price is up more than 121 percent in the last year. With its announcement at CES earlier this month that it has expanded to an additional 130 countries around the globe, it solidified its unique status as a broadcaster without borders, able to strip away many of the conventions and constraints of its peers in traditional television.

Today it announced its fourth quarter earnings, notching $1.823 billion in revenue and $43 million in profit. The stock immediately jumped ten percent, but it wasn’t the raw financials that got investors excited.

Instant messaging and calling app Viber on Tuesday announced the launch of its Public Chats feature across Africa and the Middle East.

Public Chats are live discussions that Viber users can follow, like and share with their community. Released in beta version in November 2014 with select global partners, this feature allows users to tap into live conversations from celebrities, personalities, brands and organisations.

According to Viber, the feature also allows users to discover new communities, follow interactive chats in real-time and share original pieces of content with friends and contacts.

Your household appliances are getting smarter: think printers that re-order ink when you’re low, or washers that dispense just the right amount of detergent then send you more before you run out.

This is the promise of Amazon’s “Dash Replenishment”-powered devices, the first group of which is becoming Dash-enabled today, the company says.

Let’s say you’re Brendan Eich, the former CEO of Mozilla — an organization that thrives on internet privacy. What would you do? If you guessed “build a privacy-minded web browser,” you hit the nail on the head.

Eich is developing Brave, a Chromium-based web browser that blocks all ads by default in the names of both privacy and speed. It’ll supposedly be faster than installing all the relevant blocking tools yourself.

However, this isn’t strictly a power-to-the-people move… the Brave team has its own ad plans.

When Brave is ready, it’ll replace the missing content with its own ads, splitting the revenue between itself (15 percent), publishers (55 percent), ad suppliers (15 percent) and even you, the user (10 to 15 percent). Eich sees it as an attempt to “chlorinate the pool” for ads, starting from scratch to build a better business model that respects web surfers.

34 billion devices will be connected to the internet by 2020

By 2020, more than 34 billion internet-connected devices will be installed globally — that’s more than four devices for every human on earth.

These devices will undoubtedly revolutionize our homes, businesses, and municipalities.

The US Department of Transportation has urged the automotive industry to share information and work with researchers to tackle potential car hack attacks.

Cyber security is rising up the agenda as the government pushes car companies to pay close attention to flaws identified by security researchers.

The National Highway Traffic and Safety Administration (NHTSA) has set out safety principles for 2016 that urge car makers to share knowledge on security flaws.

Part of this will be facilitated by an information sharing and analysis centre which should allow car makers to work together on developing a set of best practices to combat threats toconnected cars.

More than half of new businesses to use IoT by 2020

We all know that the Internet of Things is growing, and more and more firms are using the new technology to take their businesses to the next level, but just how big is IoT now, and how much will it grow?

Gartner has given a few interesting predictions, including one which says that more than half of all new business processes and systems will use some form of IoT by 2020.

As the production price of IoT continues to drop, so will its adoption grow. 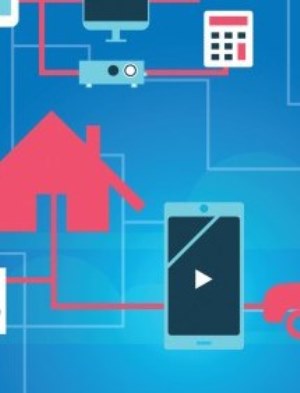 As 2016 begins, mobile commerce in India is undergoing an exciting transition. The country has seen an impressive rise in everyday commerce conducted via mobile devices.

A market report released last year by consulting firm Zinnov estimated that India’s market for mobile commerce was worth $2 billion in 2014 and is estimated to grow up to $19 billion by 2019.

In fact, India is now one of the top five regions for the Google Play store, as more of its 1.2+ billion people look to search, interact, and shop on the go via their smartphones and other mobile devices.

To track which mobile services seem to be winning with India’s newly plugged-in population, we built a map of the Indian mobile commerce landscape (see below).