MEF Connects Digital – what’s up with the blockchain?

During the mid-nineties, consumers and investors discovered the idea of ‘interactivity’. Before long, companies started to add the word ‘interactive’ to their names. It was good for business. Soon after, they did it again with ‘dotcom’.

Is there a equivalent magic word for the 2010s? How about blockchain?

Don’t scoff. It’s already happening. In December 2017, the Long Island Iced Tea Corp changed its name to Long Blockchain Corp. It said the re-brand reflected its desire to partner with companies working on the decentralising tech.

The ploy worked. The company’s share price doubled in a day.

So why does blockchain have everyone so excited? Can it lead to a breakthrough in digital trust? And – for the uninitiated – what the heck is blockchain anyway?

We naturally don’t trust the people we transact with. If we buy a house and the sellers says they have all the information about the house on an excel, we wouldn’t trust that. So we go to a third party. But they add complexity – and we have to trust them too. The blockchain allows the decentralisation of trust ”

Over an hour, they chewed over a technology that hugely divides opinion. Some experts believe it to be the biggest driver of change since HTML made the web possible. Others rubbish it as hype lacking practical use cases.

On the pro side are VCs like Marc Andreessen, the co-creator Netscape and the founder of Andreessen Horowitz. Here’s how he described the reaction of the tech community to the tech. “They’re like ‘Oh my god, this is it. This is the big breakthrough. This is the distributed trust network that the Internet always needed and never had.”

On the sceptical side is the bitcoin evangelist Jimmy Song. In May, he made headlines when he made a public bet of “any amount of bitcoin” that blockchain projects by large corporations would have no meaningful adoption in the next five years.Our webinar experts examined the topic from all sides. Here are their top takeaways.

First, definitions. What is blockchain? PwC’s Ailis Mone tackled this by comparing it to a physical ledger, but one that everyone can access at the same time, and which is always up to date.

“Why should we care about that?” she said. “Well we naturally don’t trust the people we transact with. If we buy a house and the sellers says they have all the information about the house on an excel, we wouldn’t trust that. So we go to a third party. But they add complexity – and we have to trust them too. The blockchain allows the decentralisation of trust so value can flow between all the people we transact with.”

Blockchain is great for zero-proof identity

Identity is arguably the great problem of the internet. You have to constantly prove who you are to vendors you can’t see or touch. That means logging private details with them (email, passwords, DOB, card details etc). It’s a pain to keep supplying these credentials which – obviously – can be stolen.

Storing details on an immutable dispersed blockchain offers a solution. No hacker can harvest this data en masse. Also, consumers can keep an ironclad record of their identity which they can share with merchants via a token. No private details are ever exchanged.

Nuggets is building such a system. Alastair Johnson believes it can change the nature of commerce online. “Every time you make a good transaction, we put a flag on the record and that builds up over time. Suddenly, you don’t need risk assessment every time you buy something. You don’t need a credit reference to buy a new car because you’re carrying cryptographic proof that you are a good actor on the network.”

Blockchain is not just for value and transactions, it can be for record keeping

Mone explained how PwC is exploring blockchain applications across diverse verticals. She gave the example of aerospace. “Think about pilots,” she said. “They could keep a record of their flights that could be shared with the airline and also the regulator. Everyone would have a shared view. But there could also be permissioning so that, for example, the regulator could view it but not change it.”

In many cases an old-fashioned database might be better

Pete McCormack is on the cautious side of the argument. He said: “An immutable distributed ledger can be a poor replacement for a traditional database. A lot of companies are trying to de-centralise a centralised business. A lot of money has been raised for blockchain projects that would be better managed with an SQL database.”

Every time you make a good transaction, we put a flag on the record and that builds up over time. Suddenly, you don’t need risk assessment every time you buy something. You don’t need a credit reference to buy a new car because you’re carrying cryptographic proof that you are a good actor on the network.”

PwC has six criteria for a blockchain project

Mone said PwC often advises enterprises against blockchain projects. “It can make you look innovative, but it has to solve a problem,” she said. PwC recommends clients should say yes to at least four of the following questions before going ahead.

Pete McCormack identified a structural problem with blockchain tech for major projects: the public blockchains cannot handle the number of transactions. “Blockchains like Ethereum and EOS can’t scale even for small projects. A blockchain that can properly support tens of thousands of applications is years away.”

Maybe we’re too focused on the idea of decentralisation

The dotcom bubble was focused on e-commerce, but very few saw the rise of search and social  back in 1999. So said McCormack. He made the same analysis with blockchain. “We don’t know what the golden goose is yet. Because the flagship project so far is bitcoin, which has decentralised something (currency), a lot of people think everything else needs to be decentralised. I don’t think it does. Look at Coinbase. It’s actually centralised app but it’s built on top of a decentralised crypto world.”

Merchants will incentivise customers to use blockchain-backed identity platforms

Johnson argues that merchants instantly see the benefit of the new way of doing digital identity. He believes they will sell it to their customers for reasons of self-interest.

He said: “Merchants tell us we are resolving all our problems in the here and now: the card fraud, the fraudulent chargebacks, the false positives. So I think they will incentivise their customers to move over to these systems.”

Smart contracts have many flaws

The smart contract is the darling of many blockchain proponents. The idea is this: a digital asset has built-in rules and permissions that activate when an owner does something. Hence less need for middle men and lawyers.

Pete McCormack is sceptical. “I worry about their usefulness,” he said. “Smart contracts act like a judge with a rigid set of rules. This doesn’t allow flexibility. Let’s say I sell a car and the smart contract pays out when the car is delivered. What happens when the car breaks down? I think immutable ledgers are not always good for business world.”

Blockchain/crpyto will unlock a kind of global crowdfunding boom

McCormack believes the greatest impact of blockchain/bitcoin will be in powering global entrepreneurship. He says bitcoin is the first ‘global liquidity pool’ that will help finance find the world’s best ideas. “Raising funds from VCs and banks is an arduous process that takes months. Now you create a web site, present a pitch deck and raise money from this global liquidity pool really quickly. It will be much fairer and more interesting way of moving capital around the world.” 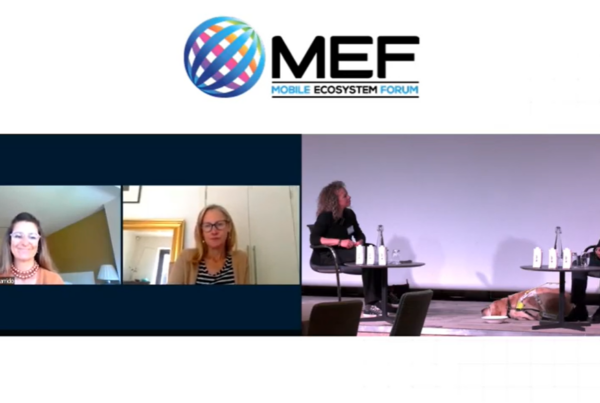 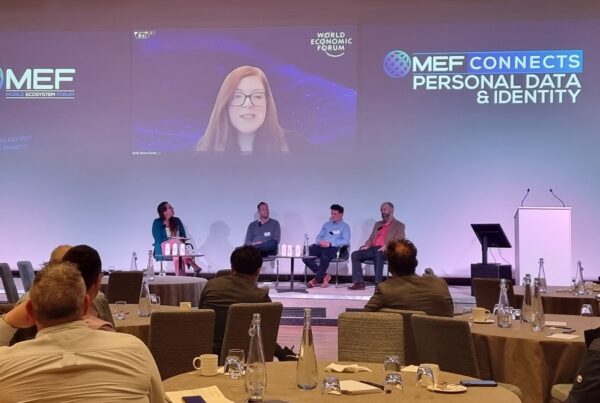