Smartphones are coming to the African continent and within a relatively short space of time will be the default way that consumers access a universe of digital services, yet with increased access there are more challenges for the mobile ecosystem.

Here Judah J. Levine, CEO at mobile finance and commerce specialist consulting firm Mondato discusses in more detail what those challenges are. His full commentary along with insights from senior executives at Mahindra Comviva and AppsAfrica.com as African market stats and news analysis can be read in MEF’s Regional eBulletin – Africa Edition, which can be downloaded for free now. 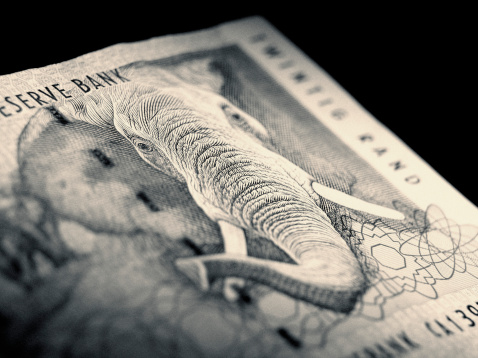 At the risk of stating the obvious, airtime is not money. The weightless and transportable nature of airtime is what makes its use as a substitute (digital) currency feasible, when for other commodities it would be impractical. And that is what worries some regulators.

Just as mobile phones helped Africa and other developing economies leapfrog the widespread use of fixed-line phones and jump straight into the connected era, similarly the rapidly falling cost of smartphones (really hand-held computers with high-speed data functionality) means that the feature phone era in emerging markets may be short-lived.

Consider the case of Myanmar, where feature phones apparently do not even work on Ooredoo’s U900 network.

Combined with a young and growing population, the result is the development of an app ecosystem in which within a relatively short space of time a majority of mobile-phone owners will only have ever known smartphones. Moreover, for a great number (probably a majority) of these consumers, smartphone apps will be their initial introduction to a wide range of digital services.

Payment for such services, however, remains a pinch point. Across most of sub-Saharan Africa, credit and debit card ownership levels remain extremely low, although an increasing number of mobile money deployments offer a companion payment card. Nevertheless, Africa is crying out for a “killer” mobile payment platform that works both offline and online and will allow African consumers to fully take advantage of their digital wallets.

In the meantime, however, alternatives still exist for app developers and digital content merchants that both revolve MNOs’ own payment and airtime infrastructure.

Direct carrier billing (DCB), notably, allows vendors to have the charge added to the customer’s phone bill, or more commonly in markets where pre-paid dominates have it deducted from the user’s airtime balance, while Premium SMS remains an option that works with both smart and feature phones. With the latter, however, MNOs have been known to take up to 80 per cent of revenues.

While this may represent the high mark of such revenue share arrangements, even at half of this level it can require extremely high volumes to make a service profitable in the already difficult app market. MNOs’ cut of carrier billing revenues tends to fall into the 25 – 40 per cent range.

Carrier billing can offer a much lower friction payment experience than using a payment card. UK-based carrier-billing provider Bango, for example, claims that app stores using carrier billing have a 300 – 400 per cent higher conversion rate in markets with relatively high levels of credit card penetration, and up to 1000 per cent higher in markets where the penetration is low.

Carrier billing is not just attractive to consumers because it offers a payment option when no convenient or ubiquitous alternative is otherwise available, it also offers the convenience of “one-click” purchases (caveat emptor), and freedom from card security concerns.

Carrier billing also often operates in a freer regulatory environment than pure play mobile money and traditional payment mechanisms. In many jurisdictions, carrier billing falls under the eye of the telecoms regulator, rather than the financial regulator, which is one of the reasons that carrier billing has proliferated globally much more quickly than more traditional mobile payment services that are often overseen by far more cautious regulators.

DCB is making a comeback in developed as well as developing markets, as merchants seek to expand the range of payment options available to customers. In Germany, last year Amazon added O2 (part of Telefónica) carrier billing and recently Apple worked with O2 to roll out DCB in iTunes. In Southeast Asia, DCB service providers such as Coda and Bango are making inroads in young markets hungry for digital content, with Microsoft in particular making DCB available in its app store in a number of markets.

Direct carrier billing is a relatively straightforward proposition in a post-paid mobile market, but the regulatory implications get a little more unclear when it comes to deductions from an airtime balance. While this seems seductively simple, and superficially the same as adding the cost to a post-paid bill, pre-pay is actually a very different proposition.

At the risk of stating the obvious, airtime is not money. The weightless and transportable nature of airtime is what makes its use as a substitute (digital) currency feasible, when for other commodities it would be impractical. And that is what worries some regulators.

The potential problems associated with airtime as a currency are masked by the natural practice of expressing a mobile phone balance in a fiat currency, whether it is dollars, shillings, pounds, rand, euro or cedi. If we conceptualize phone credit not in dollars, but in an imaginary Airtime Currency Unit, (ACUs for short), the issue becomes apparent.

When a customer purchases 10 ACUs, they pay $10 (or perhaps more, depending on the business model and whether airtime is subject to a sales tax), but up the value chain the MNO may only receive, say, $7 for the 10 ACUs they have just sold the consumer once commission and applicable taxes have been deducted. If they then allow the consumer to use ACUs to purchase $10 worth of goods or services, the MNO is thereby subsidizing the consumer’s purchase and the fiat currency involved.

Some business models overcome this issue by adding a significant premium on top of the purchase price where airtime is used to make a transaction, such as mHits in Namibia, which allows the purchase of “emergency” electricity top-ups via mobile phone, whereby $10 of electricity can be purchased for $20 worth of airtime. This pricing structure supports the business model, but raises questions such as were the product taxable, should the consumer pay tax on $10 or $20?

The fiscal and monetary policy issues involved are complex, as highlighted by the American IRS decision to treat another virtual currency, bitcoin, as property.

Not all jurisdictions permit the use of airtime for the purchase of non-mobile content, and what we might call the “exchange risk” for MNOs means that its uses may be limited to digital content (as is the case with Amazon in Germany) or the deduction of small cumulative amounts (such as with some mobile insurance products), or indeed as a premium service, as is the case with mHits in Namibia.

Nonetheless, the fact that carrier billing and airtime deductions remain attractive options for mobile app payments just serves to highlight the need that remains in most African markets for an easy and responsive mobile payment system that caters to African consumers’ needs in both the digital and analogue realms. Progress is being made in that direction, and whoever manages to come up with that “killer app” really will revolutionize the mobile market in Africa.