This new study, part of MEF’s Future of Messaging Programme, published in association with CLX Communications, found that fraudsters have also been quick to adopt these services.

In a survey of 6,000 consumers across nine countries about their experiences of and attitudes towards fraud, spam, SMiShing (SMS phishing), across both SMS and chat apps, it was found that 26 per cent of chat app users get an unsolicited message every day, while 49 per cent receive at least one a week.

The research confirmed that spam still affects SMS more than chat apps, but not by much. More than a quarter of consumers (28 per cent) receive an unsolicited SMS message every day with 58 per cent report receiving one every week. It found that although the SMS channel receives the highest daily occurrence of unsolicited messages, it remains the most trusted.

The majority of those asked said unsolicited mobile messages are mostly just a nuisance – notifying them of an un-wanted offer or service. However 33 per cent said that they had received a SMiShing message aiming to trick them into disclosing personal data such as bank details or passwords for online services. 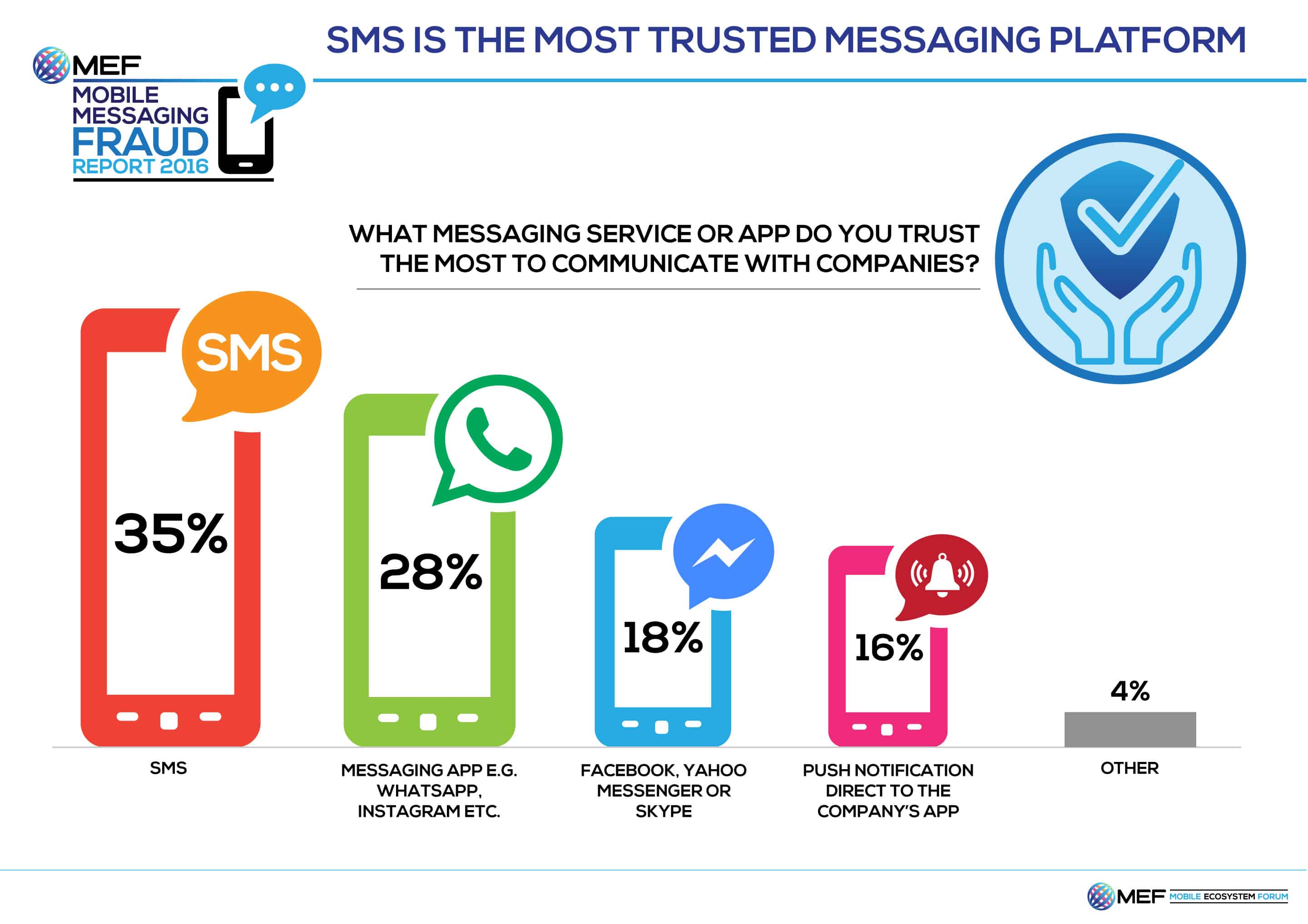 CLX Communications connects enterprises to people and things. We combine programmable API’s and cloud computing with our
unparalleled Tier 1 Super Network to make it easy for businesses to embed global communications, including voice, SMS and mobile
data into their apps, business processes and IoT devices.

Our leading communications Platform-as-a-Service (CPaaS) delivers one of the highest service levels in the industry whilst processing more than 1 billion API calls per month across 6 continents. We provide services to 4 of the top 5 CPaaS companies, and 3 of the top 5 global internet brands with Tier 1 connectivity on which many of their services rely.

On Device Research is a research company that gathers responses on mobile devices – so far we’ve sent over 2.3 million surveys across 53 countries. By conducting research on mobile phones and tablet computers we can reach consumers wherever they are, at any time and in any location. Mobile research also brings fresh, instant responses that accurately capture consumers’ feelings, thoughts and opinions.