We’ve been pioneers in value added services and specialised messaging products since 1995, providing universal solutions to scores of corporates, SMS aggregators, and resellers across the world.

And as leading specialists in Africa, we deliver OTP’s, transactional, marketing and service messaging throughout the continent.

A company bent on Innovation since 1995, allow us to introduce our new generation of messaging platforms, MEMS: just as the feature phone led to the smart phone, our team developed SMS to MEMS – iTouch’s very own Multi-Channel Embedded Messaging Service – a world-winner in interactive rich media messaging.

With infinite solutions to today’s challenges, call iTouch to find out how we can help get your messages out faster, further and with complete freedom of mind. 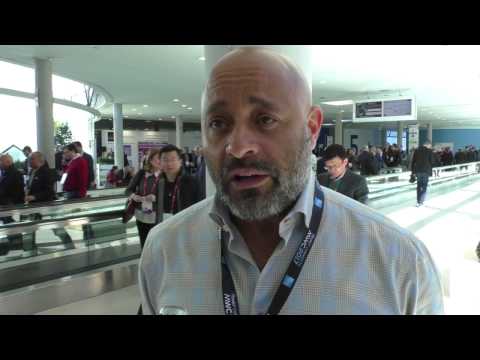 Last month, MEF hosted a second workshop in South Africa focused on tackling messaging fraud in financial services. The session took place in partnership with the South African Banking Risk Information Centre (SABRIC) with representation from the South African MNOs and 15 local banks. The goal was to explore how the mobile ecosystem can enable better industry collaboration

Mobile messaging in Africa: it’s for everyone

For all the hype around Africa’s smartphone revolution, the stats tell a more nuanced story. Yes, smartphones are on the up. But so are feature phones.

iTouch Messaging : MEMS is a rich-media messaging platform, for Africa too

Waheed Adam, Chairman of iTouch Messaging, describes a rich-media messaging solution tailored to the African markets and describes the unique challenges and solutions facing businesses bringing these services to the region.

While Africa faces many technological challenges in terms of bandwidth and stable/affordable data and internet rates/services, improvements are being made and the technology ecosystem is getting better.

The Future of Messaging Working Group consists of 25 founding members including mobile operators, messaging aggregators, signalling companies, application service providers and enterprise messaging providers. Here we asked them for their thoughts on messaging fraud and how to tackle facilitating best practice to build a sustainable A2P messaging industry.

The future of mobile messaging is doomed (again)

The future of mobile messaging is doomed! A bold statement that reaches our shores every single year without fail, but alas we stand strong and the mobile messaging industry continues to show significant growth.