What has been the most impactful use case of an IoT solution across 2021?

If a mill doesn’t have accurate and reliable feed inventory information about whatâ€™s on the farm, it forces the supply chain to function reactively

BinSentry was attempting to manage multiple carrier contracts and plans all in-house and it became too much to manage.

BinSentry is able to seamlessly manage their diverse connectivity via powerful connectivity management platform from KORE. The platform gives a unified view of all devices connected within an IoT ecosystem so that BinSentry can provision IoT devices, prevent data overages and unnecessary costs, and diagnose connectivity issues in real-time.

KORE also provided BinSentry with its eSIM, which eliminates the needs for costly truck rolls when a carrier change is required.

BinSentry can now bring realiable connectivity solutions in challenging, rural environments. Ultimately offering its customers a way to stave off waste by providing the exact amount of feed that farms need, exactly when they need it. And sustainability is supported by having less truck deliveries of feed because the guesswork is eliminated.

Now, our feed mill customers can look at their dashboards and in real-time see exactly how much product exists in every single feed bin that they service, act proactively to manage demand, and then plan accordingly. It takes only 15 minutes to install the IoT-powered sensors which effectively solve a 40- year-old problemâ€ – Randall Schwartzenruber, Founder and CEO

Visit the websiteDownload the presentation

IoT Permanent Roaming Solution in the US

iBASIS is submitting this project for Most Impactful Use Case in Mobile IoT in 2021. As one of the worldâ€™s largest wholesale providers of global connectivity with leading IoT connectivity technology, iBASIS has partnered with Verizon to ignite the path to Mobile IoT innovation by:

Impacting one of the Largest IoT Markets in the World with this Verizon Use Case. Verizon is one of the world’s largest wireless carriers and the US is one of the largest IoT markets. iBASIS has applied its eSIM technology and extensive global connectivity to open doors for large multinational customers to connect securely on Verizon’s massive IoT network. Verizon is Ranked 20 in the Fortune 500 and 45 in the Global 500, with 120.9 million subscribers as of the end of Q4 2020.

Leading a revolution in Mobile IoT connectivity to ensure IoT devices can connect all over the world. iBASISâ€™ next generation eSIM/eUICC technology for a single global, remotely programmable SIM has become the first to achieve several world-leading technical and commercial breakthroughs for simplified global deployments.

Making the Impossible, Possible. By becoming the first to overcome permanent roaming challenges in the US. This has never been done before, despite being a huge issue and obstacle for IoT in this critical market.

Becoming the First. To be approved for use of a Verizon local profile via dynamic download.

SIM-based interoperability opens the doors for large multinational customers to be able to connect securely on Verizon’s massive IoT network. iBASIS is one of the first partners to achieve the level of testing that meets our rigorous standards for Local Profile deployment on its eSIM technology. Shamik Basu, Executive Director for IoT at Verizon.

The US is the biggest market with respect to IoT and Verizon has the greatest IoT coverage in the US. The iBASIS technology provides a single SIM, and with that single SIM and the relationships that we have we can dynamically download different operator credentials. This overcomes permanent roaming challenges, which is one of the dreams of big operators. This had never been done before. It’s a very difficult challenge, requiring the most stringent testing, and we are the first to do this in the market today. Ajay Joseph, CTO and IoT Head of iBASIS 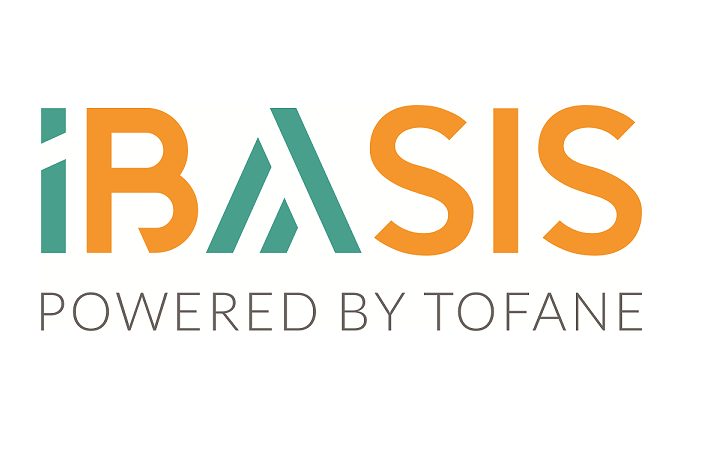 A multinational online food-delivery service based in Germany, operates in 50+ countries globally and partners with 500,000+ restaurants. Their aim is to connect customers with restaurants and shops they love and offer a food delivery service as well.
They needed a connectivity solution, which had resilient cross border connectivity with zero-touch provisioning, that ensures itâ€™s always on the right network for maximum uptime. Due to COVID, their business rocketed and they needed a business that could also scale quickly to their needs.
The KORE OmniSIM (powered by eSIM and Multi-IMSI technology) solution helps them to deploy worldwide without having to connect to local carriers themselves. They can get on with the business at hand knowing all they need to do is install one SIM, one time â€“ and enjoy coverage wherever needed and connectivity that lasts the entire device lifecycle.

A multinational online food-delivery service based in Germany, operates in 50+ countries globally and partners with 500,000+ restaurants. Their aim is to connect customers with restaurants and shops they love and offer a food delivery service as well.
They needed a connectivity solution, which had resilient cross border connectivity with zero-touch provisioning, that ensures itâ€™s always on the right network for maximum uptime. Due to COVID, their business rocketed and they needed a business that could also scale quickly to their needs.
The KORE OmniSIM (powered by eSIM and Multi-IMSI technology) solution helps them to deploy worldwide without having to connect to local carriers themselves. They can get on with the business at hand knowing all they need to do is install one SIM, one time â€“ and enjoy coverage wherever needed and connectivity that lasts the entire device lifecycle.

IoT for Water Sustainability and Management

This award winning start-up based in Germany provides eco-friendly monitoring and sensing solutions to water utilities and distribution networks – with the aim of making the water supply intelligent and sustainable.

Due to the nature of their operations being 24/7 water network monitoring – they needed future-proof connectivity that wont be impacted by evolving network technologies, sunsets, or service terminations and avoid carrier/technical lock-ins with a single SIM. But they also needed multi-carrier, failover connectivity from a single SIM to ensure continual maximum uptime to track operational critical water leaks.

IoT market has huge potential for growth: 24 billion to 125 billion IoT devices by 2030 from different market research. However, current status shows that only 10% of IoT projects are industrialized.
To overcome all the roadblocks and risks, a group of companies representing the full IoT value chain decided to offer an innovative IoT journey from proof-of-concept to industrialization. It allows any user to leverage from existing devices and ensuring that what you have developed at early stage can be reused to scale-up your projects in an industrial way and that they can be deployed internationally.

This can be done in three simple steps:

– Start : learn and test approach with existing IoT devices and a development platform
– Prove : to check the viability and benefits of the project with possibilities of customization, and identify ROI
– Deploy and Scale: to scale efficiently with predictive costs and full customization if necessary

Hence, a continuity is ensured by the full compatibility in hardware, software and connectivity from the start to the scale-up phase.

Such offering is only possible by combining the strength and competences of partners representing the full IoT value chain: silicon components, software, electronic hardware, manufacturing and telecommunication. This is why the core partnership encompasses Orange, telecommunication provider, STMicroelectronics, for microcontrollers, Sierra Wireless, for communication chip and LACROIX for design and manufacturing.

While COVID-19 took over the world and prevented in-person interactions, it became evident that the remaining roaming traffic was IoT. The economic potential engendered by the proliferation of IoT is both immense and yet, barely tapped. The pressure on network systems to detect and segment devices places a heavy demand on all too finite and increasingly stretched resources.
During 2020, MNOs focused their efforts on detecting and planning IoT business cases. In 2021, they started to implement differentiated monetization strategies. TOMIAâ€™s IoT Rate solution allows planning and activation of agreements suited for the IoT global business, not solely based on usage, but other models such as a surcharge per device. The solution automatically segments the traffic from permanent roaming devices according to the rules defined on the contract agreement across the rating engine. These segments are defined by the user, which enables a higher level of efficiency and low maintenance as it resolves the complexity of system integration. The agreements support flexible invoicing period (multi-year) and any settlement process (TAP, BCE or file-based).

Private LTE/5G networks are small-scale, standalone cellular networks. They offer higher bandwidth, lower latency, and enhanced indoor/outdoor coverage, to connect a fast-growing number of devices and capture exponential amounts of data, from the edge to the cloud. From smart factories to hospitals, campuses, mines, and secure facilities such as power plants, military bases, ports, and airports, analysts predict massive development of private LTE and 5G networks in the years to come to support, industrial innovation and digital transformation.

By design, these private wireless networks are however not interconnected to mobile operatorsâ€™ public radio networks which may limit their adoption and potential. Today, organizations expect full control over their connectivity and independence from mobile carriers. They look for secure, fail-safe, globally scalable solutions that can enable any mobility use case beyond borders, at a reasonable cost. According to OMDIAâ€™s latest Private LTE and 5G Network Enterprise Survey Insight (October 2021), 75% of enterprises want hybrid public-private 5G solutions.

Transatel’s Private Mobile Networks Extension solution enables a single SIM card to access both private LTE/5G networks and worldwide coverage of public cellular networks across 180+ destinations. Key benefits of this technology include service continuity across networks and geographies for moving assets as well as secure backup connectivity for business-critical applications (no downtime).

The full potential of IoT can only be realised by user trust. Trust can only be achieved by comprehensive security. ZARIOT was conceived with the goal of providing a solely IoT-focused cellular connectivity solution with premium security, fully protecting data and devices on mobile network infrastructure. Having achieved this, ambition has expanded to focus on the final IoT solution security. ZARIOT now also provides tamperproof end-to-end encryption of all device data, as well as a patented Anti-IMSI catcher which protects devices from rogue base stations for previous generations supporting the standards work in 5G. ZARIOT continues to innovate to deliver unrivalled flexibility, support and security for the lifetime of cellular IoT projects.

Voting ended! The winners will be announced at the MEFFYS Ceremory in Barcelona, 28th February

What has been the most impactful Omnichannel enterprise comms campaign this year?

What has been the most innovative content or advertising service for mobile users in 2021?

What has been the most innovative solution for connectivity or global roaming this year?

What has been the most impactful use case of an IoT solution across 2021?

What has been the most innovative Mobile Payment service showcasing usability and security?

Who has been a champion for the Mobile Ecosystem’s Sustainability?

The 17th Annual MEFFYS Awards will be at MWC in Barcelona with the winners of 7 categories announced LIVE on the night. Glitz, glamour, press red carpet, entertainment plus lots more – it is time to take the pulse of the latest new ideas and trends. 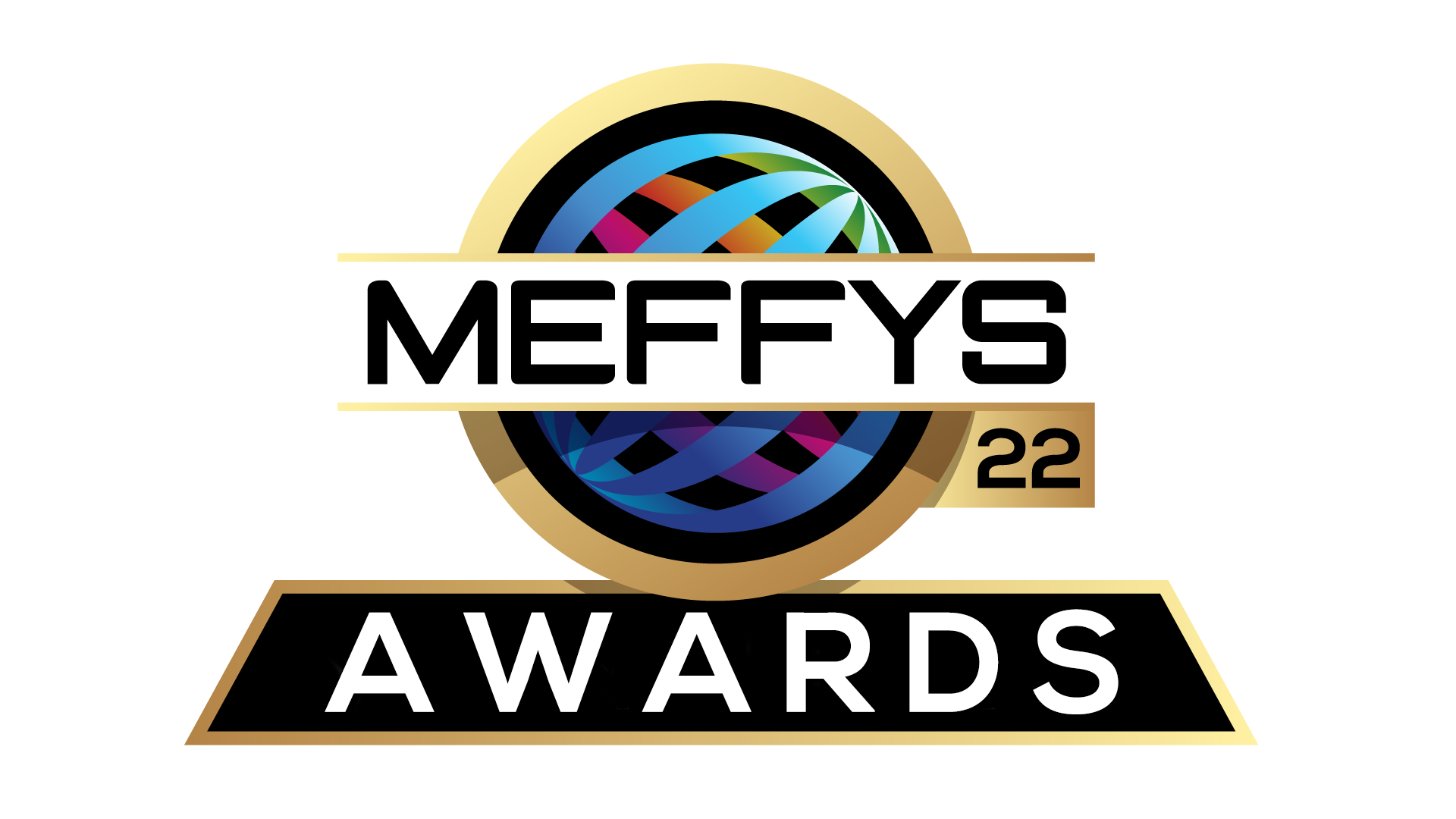