So much has changed in the Chinese Internet market in the space of a few weeks. It is time for a recap and a second look at the sweeping transformations in data privacy, video games access, and alleged abuse of monopolistic power. These frenzied activities might have been based on the Chinese government’s intent to limit the power of the large national Internet companies, but it should be said that there are good elements in these regulations too. Liberal democracies and western companies should look closer at these and take note – this might be a flavor of what is to come here soon.

The Primacy of the Chinese State 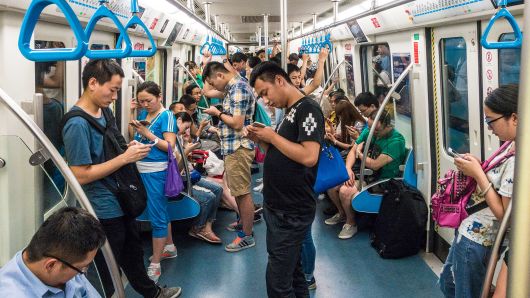 Many commentators have clearly identified in the timing and the ways of the new regulations and government actions an intent from the state to re-assert its primacy versus the growing Internet companies in China. This is hard to accept in capitalist liberal democracies, but it is the base of the Chinese socialist model. This is the Chinese way: accepting to participate in this market come with huge befits and sizeable risks. China’s Internet giants grew out of the countries’ protectionist policies. Now, they are paying back to the country that has nurtured their success and paying respect to the broad shift towards “common prosperity”.

In the name of social good and country cohesion, the government has banned online paid tutoring, hassled Tencent on minors’ access, blocked the IPO of the financial arm of Alibaba. The Ministry of Transport called the major Internet ride-hailing and food delivery platforms in early September complaining about data security, unfair competition, and labour conditions – earlier Didi, the largest of them, had been blocked from acquiring new customers based on an ongoing investigation on its data security.

The pressure is making many companies following the new spirit of the times. Recently, Wang Xing, the founder and CEO of Meituan (another Chinese Internet behemoth) has echoed President Xi Jinping’s rhetoric on wealth redistribution, promising to overhaul his company’s approach. In April, Meituan became the focus of China’s second-ever antitrust investigation, only a few days after Alibaba was fined a record $2.8bn for abusing its market dominance.  In August, the e-commerce company Pinduoduo pledged to contribute towards the development of agriculture for $1.5 bn joining the new state inspired sense of philanthropy. A new wind is blowing, and the Chinese Internet giants are simply adjusting to it.

The ways of the intervention might not be easily accepted in liberal democracies, but many of the concerns are common.  Unfair competition, data security, data control, consumer protection and labour conditions have found multiple lawsuits across the USA and EU. The problems are common, but the western world appears slow in tackling them.

China’s Personal Information Protection Law (PIPL) was unveiled on the 20th of August 2021. The new law will take effect on the 1st of November 2021, so companies will only have 2 months to make sure they comply. The full text has not been made public yet, making preparation even more challenging. The PIPL is drafted as high-level principles (as per Chinese law) and additional guidelines should be published in the coming months outlining the practical steps companies will need to take.

However, rather than bringing substantial changes to the existing data privacy framework in China, the PIPL seems to combine and simplify the rules on processing of personal information at a national level.  Overall, there is a good amount of parallelism with international frameworks such as GDRP in Europe. We believe that the final framework will provide some welcome improvements or clarifications for the rights of the users, including:

These happens to be well in line with the spirit of regulation emerging in much of the western world, but also extending the rules to AI and data analytics, where China is building a considerable advantage. The proposed Digital Markets Act and Digital Services Act from the EU is calling for tighter regulation on behavioural advertising just like what China is now introducing. You could say that the country is now taking a lead in the Cyberspace debate, leaving the EU to catch up, while the USA is still far from a federal framework on online personal data.

Interestingly a more specific Provisions on the Administration of Security of Automobile Data (For Trial Implementation) was published covering the nascent area of car or vehicles services in China. This is another area where the western countries should pay close attention as the country is taking a lead in definitions and early regulation. The Cyberspace Administration of China (CAC) released draft proposals outlining stricter oversight and rules over how tech companies can use algorithms to recommend videos and other content to users just on August 27th.  CAC will grow in size and importance; this body represents the first blueprint for other countries to follow when creating an Internet regulator body.

Overall, the introduction seems to have some but limited impact on most international companies. To start just like in many western markets foreign companies in China will now face regulatory requirements such as the need to assign local representatives and report to supervisory agencies. However, the real implications might only unfold with the clarifications due sector by sector in the coming months

The video game industry in China is huge: MEF Smartphone Users survey reports that 70% of Chinese play mobile games, and 66% of the teenagers with smartphones. However, under-18s will have to cut their online play to just three hours per week.  Minors are only supposed to play from 8pm to 9pm on Fridays, weekends, and public holidays. This is only a tighter implementation, since 2019 minors were only allowed access for three hours a day. Beijing says that this prevents gaming addiction, which it blames for increased near-sightedness and poor performance at school. While minors have little spending power (accounting for about 3% of total spending in games according to Tencent) the lock-in/loyalty to video games for the new generations might be reduced.  Advertising revenues however will be badly hit. More importantly thought in China players make money from games thanks to the exchange of weapons, clothes, and status via microtransactions (peer to peer payments). These are also now limited by the regulator with a monthly maximum spend of $57.

On August 27th South Korea, which implemented a similar limitation in 2011, announced it would scrap its rules, just as China was tightening. The Chine limit of three hours might be too strict but the attempt to identify minors and limit their access to some service needed across the industry.  China’s “anti-addiction system” demands gamers to use a government-issued identity number, to play online. These tools are worth considering in other markets, where minors are often left completely unsupervised.

The need for New Regulations

Last January the MEF board edited its traditional new year predictions giving a lot of space to the potential of new regulation in re-shaping the industry in 2021. Well, we were right! The Internet world is currently being restyled by regulation and lawsuits. In fairness, we did expect much more regulatory teeth from the EU and USA, and instead we were surprised by the restless work from regulators in China in the last few months. Overall, self-regulation on the Internet has proven its limitations. A new coherent international regulatory framework is required for the protection of customers in cyberspace. China might have been acting driven by other priorities, but much of the changes have got relevance for other markets too. We should consider and review.