The Road To Digital: How telco operators are digitally transforming their sales channels

MEF Member and mobile tech specialists Upstream share details of a new report, offering insights into how telcos are coping with digital transformation in a post-COVID landscape, available to download now.

To say that 2020 had been a disruptive year for businesses would be understating it, but disruption isn’t always a bad thing. In fact, when it comes to digital innovation, the COVID-19 pandemic has accelerated a change that many already saw coming. Nowhere is this more notable than in the world of telecoms, where operators were faced with a sudden surge in demand from their userbase, many of whom were in some form of lockdown, more reliant on their smartphone than ever before.

As a result, operators around the world have kickstarted their plans to digitalize their sales channels and broaden their revenue streams, engaging with customers in a more quick, targeted and convenient way. But how are telcos coping with digital transformation? With such opportunities on the horizon, how many are making progress toward creating value and topline growth? 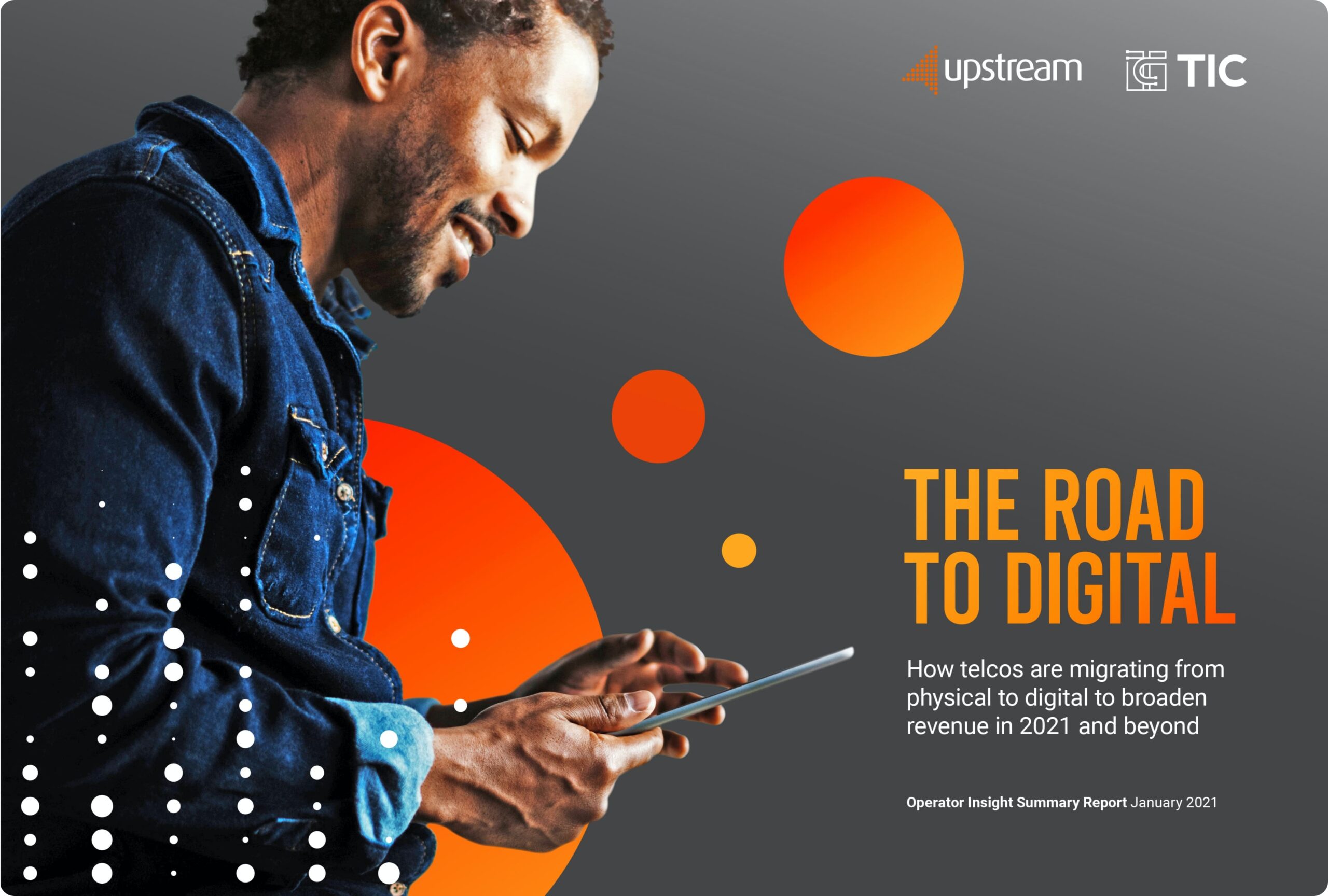 A new report by Upstream, a mobile technology company, offers a detailed snapshot of how telcos are coping with digital transformation in a post-COVID landscape. It includes insights from telco operators worldwide about the benefits and challenges of digitalization, including everything from how the data generated from sales channels is used, to how revenue is created from a blend of physical and digital sales channels.

This puts telcos in the very enviable and fortunate position of being able to grow throughout the pandemic while providing an increasingly valuable service to its customers.

It’s clear from the report that the opportunity has been recognized and that telcos are very keen to capitalize on it, but is this easier said than done? It’s one thing to throw capital into a new course of action, but good investments require smart planning. “

It’s clear from the report that the opportunity has been recognized and that telcos are very keen to capitalize on it, but is this easier said than done? It’s one thing to throw capital into a new course of action, but good investments require smart planning.

The report also peels back the layers on business planning and roadmaps to success. While investment in digital is high on the agenda, more than 1 in 3 telcos have yet to establish a strategy for their digital rollout.

In fact, only 1 in 4 network operators have established any meaningful KPIs by which to measure the success they’re actively chasing. So while digital transformation is seen as a positive force, there’s doubt over how it’s being harnessed and whether or not the adoption of digital functions will translate into economic success for telco operators.

As well as looking ahead to the future, the report also offers a deep dive into the current balance between physical and digital channels. It found that more than 70% of telcos worldwide still generate the majority of their revenues from physical channels. Unsurprisingly, there was a definite split between emerging and developed markets here.

In the US for instance, more than 91% of telco revenues are already secured from digital channels. Europe and Asia are following suit, with a relatively even split between physical and digital channels. However, in Latin America, 100% of telcos still derive most of their income from physical channels, and only 1 in 3 operators in the Middle East and Africa are prioritizing a shift to digital.

There’s little doubt that digitalization is the number one route forward for telcos around the world, and those that benefit from a pre-existing infrastructure or obviously seeing the fastest opportunity gains. Tools like upselling and cross-selling, customer acquisition, and targeted advertising are all made infinitely easier and more beneficial through digitalization. However, with many businesses seemingly ill-prepared and more than 70% concerned about integrating new digital channels with existing physical infrastructure, there’s clearly more work to be done.

Telcos have a crucial role to play in fulfilling the connectivity demands of a post-pandemic world, and pushing forward with digitalization is a crucial piece of the puzzle.

The Road to Digital: How telcos are migrating from physical to digital to broaden revenue in 2021 and beyond

The new report from Upstream, conducted by Technology Innovation Council (TIC) examines the shift in the digital transformation plans of telcos in 2020 going forward.

See insights by industry executives from around the world on digital revenues, data, challenges & investments.

Get this exclusive report to learn how the digitalization process is going for telco operators globally in the changed landscape of 2020, and how they are adapting for 2021 and beyond.