‘Check’ this out: putting payment inside a chat session

Something important is missing from conversational commerce: actual transactions. The ability to buy inside a chat session is still very limited. But work is underway. Ahead of MEF Connects Rich Communications next week, we assess the options…

If rich messaging truly is the future home of digital consumer activity, it should probably support the thing that consumers love most.

There’s a widespread acceptance that the channel will really fly when payment methods are seamlessly embedded into the user experience. And ‘seamlessly’ is the key word here. A ‘pay here’ link that opens up a new and unfamiliar mobile web page is not a good enough UX.

In short, the consumer should touch a ‘pay’ button to complete a transaction immediately and safely – without going anywhere else.

This is a very attractive idea for both users and brands. It’s very convenient. It’s also safe. A messaging session is a tightly controlled environment. The MNO (or platform owner – Facebook, WeChat etc) that curates it can authorise sellers – and mandate a range of security measures.

In short, the consumer should touch a ‘pay’ button to complete a transaction immediately and safely – without going anywhere else. This is a very attractive idea for both users and brands. It’s very convenient. It’s also safe. A messaging session is a tightly controlled environment.”

But for all the talk of conversational commerce, the ability to pay inside rich messaging apps is still quite limited. Obviously there are some regions in which message-based payment is universal, China/WeChat being the obvious one. However, the rest of the world is just getting started. Here’s a summary:

Apple has marketed the iMessage for business as a customer care channel, rather than one for transactions. It does support purchases in iMessage, but on a limited based with large US retailers.

FM has been trying to establish P2P payments for years. However, users just haven’t adopted it, leading the company to shut down the feature in many markets early in 2019. Then, in November 2019, it started a new push. It launched a new platform called Facebook Pay, which lets users add money directly from a bank account or credit card. The service works for P2P transfers and retail payments. It is available now on Facebook, Facebook Messenger and Instagram in the US. The company says it will launch in more regions and on WhatsApp at a later date.

At Facebook’s F8 developer conference, CEO Mark Zuckerberg outlined plans to launch mobile payments on its WhatsApp platform across several countries in 2019. He stated: “I want to make it as easy to send money to someone as it is to send a photo… Overall payments and private commerce is one of the areas we’re really excited about.”

Yet, WhatsApp has seen even less activity than FM. It’s run small P2P trials. However that now looks set to change with the Facebook Pay announcement (see above). Also, If and when Facebook launches its Libra currency, WhatsApp should figure heavily in that plan too.

RCS is not a proprietary app. Rather, it is a technical standard – a blueprint that a huge number of MNOs, device makers and technical specialists can adhere to. This is the ‘Universal Profile’. At present payment APIs are not part of the spec. In other words, there is as yet no universal method for making a payment work in an RCS session.

Message aggregators are undoubtedly watching the space. Many of them are licensed payment payment providers, and will certainly be able to handle these transactions when the RCS APIs are agreed.

In the meantime they are experimenting – especially with direct carrier billing. Vodafone and Telecoming have done this in Spain for a concert booking system called Wegow.

And just days ago MGage launched a UK service to allow ‘for purchases to be made seamlessly within the RCS messaging app’. It works across all UK MNOs.

Meanwhile, there is also growing interest in RCS as a secure authentication medium. In the last 10 years, SMS one time PINs have provided an excellent technique for authorising transactions and sign-ins. But regulations such as PSD2 mandate Strong Customer Authentication (SCA), and therefore demand more advanced methods. Banks are now looking at RCS for this purpose.

At the MEF Connects Rich Communications event, there will be many opportunities to learn more about the potential for rich messaging payments. Day 2 will include the session “Bringing Payments to Mobile Messaging’ with mGage, hosted by AIMM. Make sure you join us on the 29th – 1st October.

Over 3 days, MEF Connects Rich Communications brings together enterprises, brands & agencies to connect online with MNOs and messaging providers to showcase the business messaging channels that are transforming customer engagement.

Bringing Payments to Mobile Messaging offers a truly conversational commerce channel for brands. Purchases made within the messaging app provides a simple and seamless customer experience. Join guests from mGage, aimm, Telemedia, ITV Interactive and BT/EE as they look at Mobile Payments within RCS messaging, use cases and future payment & messaging opportunities outside carrier billing. 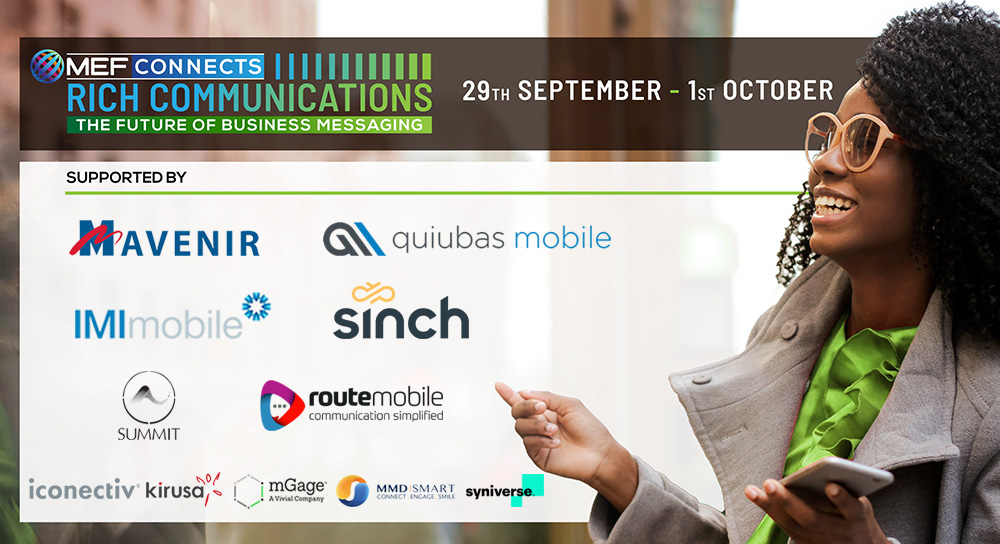