By MEFJune 9, 2020Enterprise Communications
No Comments

MEF’s RCS Business Messaging Best Practices make recommendations how best to implement business messaging campaigns via RCS in order to support industry alignment and market adoption. Here, David O’ Byrne author of the guidelines shares his views on the outlook for RCS following our recent online briefing on v2.0 of the best practices.

Following the launch and online briefing of v2.0 of MEF’s RCS Business Messaging Best Practices, I wanted to take a look at how RCS and Business Messaging in general has progressed since we launched the first guidelines 12 months ago; what drove the changes from V1.0 to V2.0 and what the future looks like.

In 2019 the GSMA identified 76 live RCS networks with 250 million monthly active users. Almost a year later those figures have grown to 89 networks and 417 million users. Importantly, the number of countries where all networks are live on RCS has grown to 14. While research company Mobile Squared has revised its forecasts for RCS economic activity downwards in light of covid-19, the forecast remains a robust annual spend of over 10 billion dollars by 2023.

A significant driver of this growth in networks and users has been Google’s decision to launch RCS as an over-the-top (OTT) service, initially in selected markets but with an ambitious global rollout planned. Google has been providing RCS as a managed service to Mobile Network Operators (MNOs) for several years.

Initially the OTT approach was intended to deliver a viable level of market reach for RCS Business Messaging. In countries where one or more MNOs did not intend to launch RCS, it would encourage the MNOs to either adopt Google’s managed service or quickly deploy RCS themselves with Mavenir, WIT, Interop Technologies or other solutions. This year however Google launched (or plans to launch) RCS services, without partnering with an MNO, in USA, UK, France, Italy, Sweden, Poland, South Africa, India, Mexico, Argentina and Colombia.

In 2019 MEF called for a two-plank strategy of per message and per session charging, as the best way to provide predictability to brands and take advantage of the ‘chatty’ nature of RCS Business messaging. Today, with a few exceptions, that model dominates. There’s plenty of room to innovate on top of this.“

This has driven the RCS stats positively, but also raised three questions which became new sections in the guidelines v2.0 document. The first of these is Interoperability between RCS implementations. Formerly guaranteed by GSMA’s test events, interoperability is now being transferred to the Terminal Steering Group in GSMA.

Another aspect of Googles expansion is the stabilisation of the commercial model. In 2019 MEF called for a two-plank strategy of per message and per session charging, as the best way to provide predictability to brands and take advantage of the ‘chatty’ nature of RCS Business messaging. Today, with a few exceptions, that model dominates. There’s plenty of room to innovate on top of this, as the 2.0 guidelines refer to affiliate marketing models and how they could be exploited in RCS.

The third question is around P2A messaging and chatbot discovery. Google does not intend to deploy chatbot discovery as per the “Universal” Profile specification, preferring to let customers discover chatbots through search or within apps like Maps.  Discovering chatbots, and charging brands for making their bots discoverable, is however a major revenue opportunity for Operators. We examine the issue and also call out other new risks emerging from the advent of P2A messaging.

The v2.0 guidelines also tackle a couple of perennial questions around RCS.  Firstly, end to end encryption – what it really entails, what it protects and fails to protect is addressed, and guidelines are provided for Security across the value-chain. Secondly, while the technical solution for Sender Verification exists, the business processes around trust and verification and the need for a common Verification Authority are explored in the guidelines. The proposed approach would enable a Brand that has verified itself once avoid having to do so again and again for each Operator network.

The first is handset reach. Today in developed markets the level of RCS penetration in market is around 15 to 20 percent of devices. Aggregators and MNOs are losing business because brands will not commit to RCS while it only reaches 20% of their customers. Some aggregators have moved to address this by offering at minimum an SMS fall back, or a Rich fall-back – SMS with embedded links to RCS-emulator microsites. This is meant as an interim solution, but that interim could be several years for full Android coverage and even longer for Apple adoption.

The other “delay-factor” is organisational efficiency. Adding logos, brands, videos, images and other functions has in many cases created choice paralysis, where no campaign is launched because there is too much choice. The v2.0 guidelines raise this issue and propose steps aggregators and MNOs can take.

The v2.0 guidelines, as the original document did, raise issues and propose solutions that will help RCS Business Messaging continue to grow and expand in the coming years. 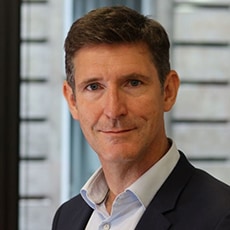