Digital Gap: older women are left out of the Smartphone Economy

It is time to act on inclusion: the mobile industry is leaving behind an important part of the population: the older, and older women in particular.

The recently published MEF 6th Global Smartphone User Survey showed the digital gap is wide for gender and age. While 94% of 16-to-24-year-olds have access to a smartphone, that measure drops dramatically to 19% for the over-45 years old. From the age of 35 women are also largely under-represented (14% percentage points vs. men in our index). 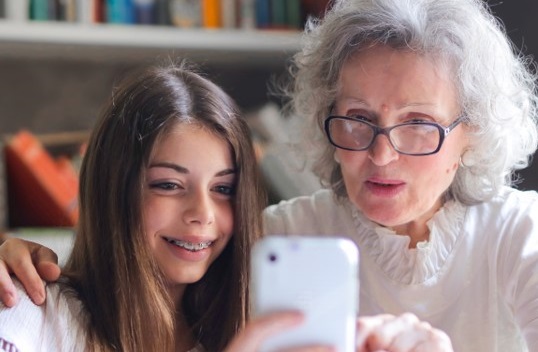 It is now 15 years since the introduction of the Smartphone which has been a phenomenal commercial success. The user survey goes into much more detail on the successful uptake of services: finance, commerce, delivery, and entertainment services are common on mobile phones. In 2005, the Smartphone was seen as a gadget, at best complementary to the fixed Internet. In 2020, the Smartphone is the primary and often sole Internet connectivity. The world has gone ‘mobile first’. Now it time for governments and the industry overall to reach out further and stretch the potential of the smartphone. 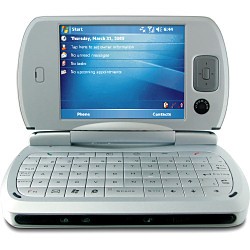 2005: the first “Smartphones”. Here the HTC Universal, one of the first Smartphone, running the now defunct Windows Mobile OS, including a true Internet browser with HSDPA connectivity and a keyboard

The smartphone is such a success that we take for granted its universal reach: during the COVID19 lockdowns, doctor visits were replaced by video calls, governments prepared life-saving tracing apps, banks and payments were still working thanks to the smartphone. Yet these ‘universal’ services are not necessarily universal if they fail some of the most vulnerable parts of society – and those that are at the centre of the recent inclusion efforts on mobility, health services, and service provision.

Until now the focus from regulators and the industry has been to consider the geographic reach of mobile services: making sure that the rural or remote parts of the country were not left out of coverage maps. There were even specific clauses in wireless licenses that spelled out the details of the geographic coverage. The geographic divide is still fought with the fifth generation of mobile licenses.

However, the question of social or demographic reach is becoming even more critical. This is now the largest issue for society, as well as a large business opportunity for the industry.

The bias toward young users is global, but it is not developing countries that show a larger gap – these have a much younger demographic profile. The digital gap is clearly taking place in mature economies such as Japan, Germany and Spain. In these countries the Index of Age-Disparity is three times larger than the one of India or South Africa.

It is not the economics; it is not purchasing power: a large number of people can afford smartphones by now. It seems to be that the industry overall, has not prioritised these customers, their use cases, the ergonomics of devices, or the values expressed in marketing communications.

The issues are not going away soon: the number of over 65-year-old is set to double globally by 2050. The longer life expectancy means that a child born in the USA in 2011 has now one-in-three chance of living to her 100th birthday. In the USA an Oxford Economics report found that there 106 million people over the age of 50, and they are collectively responsible for $7.6 trillion in annual economic activity, spending $4.6 trillion on consumer goods and services. The situation is not different in the UK, at £320bn a year, the over-50s account for around 47% of all UK consumer spending, up from 41% in 2003, according to research from Saga and the Centre for Economic and Business Research.

In summary, the industry and governments need to accelerate the adoption of smartphone across older segments and females. The industry has got a clear commercial incentive, and governments have a public remit as well as potential for more efficient and effective welfare services. The question now should be how, not when closing the digital divide.

MEF intends to host more of these discussions in the future, and to place the topic clearly in the agenda, please join us and share your ideas on how to make the Smartphone Economy truly open to all parts of society.

To know more, download the management summary of the MEF 6th Global Smartphone User Survey is available to download for free here.