The market for mobile telecommunication in Brazil is showing signs of a possible consolidation in terms of mobile networks. The current four players – VIVO, TIM, Claro and Oi – might soon become three, with Oi (currently in bankruptcy protection) leaving the mobile market and focussing on the restructuring of its fixed telecom assets.

A challenging market: but showing improvements

Teleco, the Brazilian telecom consulting company has published its regular view on the Brazilian telecom market. The market shows some of the lowest ARPU numbers in dollars: $4.39 per mobile overall, and $2.48 for pre-paid. However, Brazil also shows a small growth from the 2018 data in local currency. The large fluctuations that the Brazilian Real has suffered recently make it difficult to compare to global benchmarks. The domestic market is showing resilience, but the hard conditions seems to penalise the small players in particular. They are left with the lower end of the market. The market might soon go from 4 to 3 players. 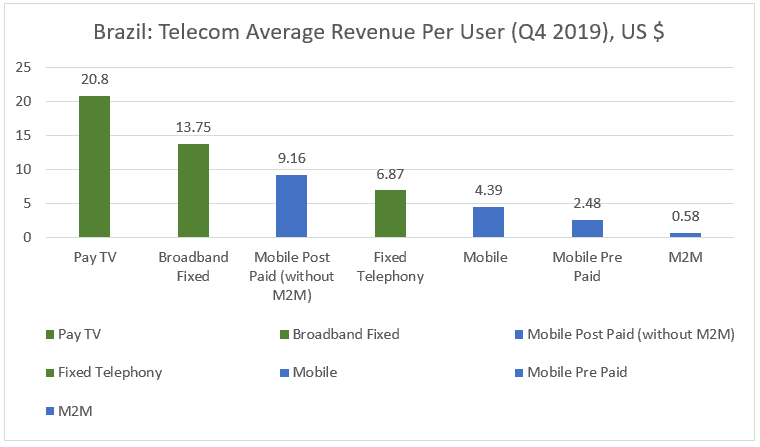 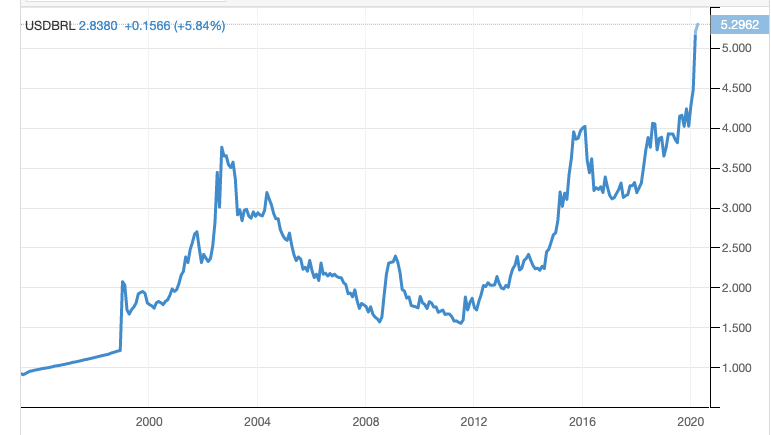 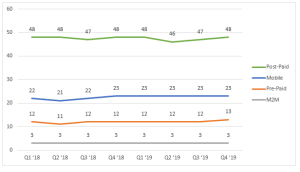 Better ARPU for VIVO and TIM 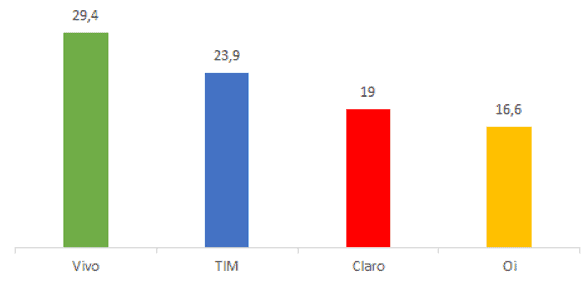 Oi, a candidate for mobile exit

Oi, formerly known as Telemar, is the largest fixed – line operator and the fourth largest mobile operator in Brazil. Oi filed for $19 billion bankruptcy protection on June 20, 2016. Its recovery has not yet finished: on March 26, 2020, Oi reported a larger-than-expected Q4 2019 net loss. The company quarterly net loss of R$ 2.3 billion ($457 million) was lower than the year before (R$ 3.3 billion). Despite the improvement, the rate of loss reduction disappointed the financial analysts covering Oi, they expected less than half of that loss (as reported by Refinitiv Eikon). The debt at Oi is not yet going down: Oi has increased its net debt to R$ 15.9 billion R$ from 14.7 billion in Q3 2019 and R$ 11.8 billion in December 2018.

There is a concrete possibility that the numbers of mobile operators in the market will shrink. On March 11, 2020, the dominant rivals TIM and Telefonica Brasil’s Vivo communicated to Oi Oi’s advisors an offer for kicking off talks for a potential acquisition of all or part of Oi’s mobile division. It is not been confirmed how the two companies intend to divide up the business, but commentators argue that TIM, as the second largest player, would most likely get a larger share of Oi’s mobile business.

The Brazilian market might be ready for consolidations from 4 to 3 network players.