MEF Regulatory advisor Stefano Nicoletti discusses the new 5G auction rules and explores the possibilities for enterprises to build their own dedicated networks.

In Germany the telecom regulator reserved 100 MHz for industrial players to build and run their own networks. In UK Ofcom proposed a flexible approach to assigning shared spectrum. In US FCC promotes a framework for local shared access and a programme of bidding credits in the CBRS band.

New opportunities for small and medium enterprises are materialising to run their own private wireless networks. While not all players may want to take onboard the complexity to run their own, vendors or specialised system integrators are developing ad-hoc business propositions for automation, logistics, stock management, health and safety.The time for the Industry 4.0 revolution is coming.

New 5G spectrum presents an opportunity for enterprises to run their own private wireless networks for industrial IoT applications. This could have the advantage of cutting down operational costs and maintain business critical information secure and private in a closed private network.

Regulators in Europe and in US are looking to open up opportunities for industrial players to directly access and use spectrum bands for industrial private networks: In Germany the 3.5Ghz 5G auction was held in early January 2019. Bnetza reserved 100 Mhz (25% of the total auctioned spectrum) for regional assignments, for small and medium enterprises to set up new business models, trying to encourage the development of ad-hoc industrial automation systems and real-time communication.

This spectrum will be free, subject to approval of an application procedure. The German regulator says it want to promote and “maintain competitiveness”.

Regulators in Europe and in US are looking to open up opportunities for industrial players to directly access and use spectrum bands for industrial private networks… trying to encourage the development ad hoc industrial automation systems and real-time communication.

The decision was highly criticised by the mobile industry as it is said to be creating artificial scarcity and artificially raise prices. This is true, so far German 5G auction values are among the highest in Europe, only second to Italy.

German Industrial conglomerates such as Siemens, Volkswagen and BASF instead expressed their excitement for being able to access this spectrum within the ‘factory fence’ unlocking the Industry 4.0 revolution and enable ‘connected production’. Networking sensors, tablets and virtual reality googles will guide employees to do their jobs in the future.

In the UK, the upper 5G band spectrum auction (3.6-3.8 GHz) will be held later this year and conclude by spring 2020.However last July the UK regulator made the adjacent 3.8-4.2 GHz spectrum available for shared local access including for private wireless networks. Licensees would have to pay a small fee of 80 pounds for 10Mhz for a 50 meter radius, in the low power option, or for a site in the medium power option. Same rules will apply to 26GHz also earmarked to be particularly suitable to indoor industrial applications.

Ofcom is also promoting access to unused national mobile spectrum. Although mobile operators hold national licenses, they do not make use of them in parts of the country. Where an operator is not making use of the spectrum, Ofcom wants to grant other subjects the opportunity. Any party wanting to take advantage needs to submit an application to the regulator with details of the band, location, bandwidth and power required. Ofcom will then assess the potential for interference with other spectrum users.

The first deal under this scheme was signed only few weeks ago between Vodafone and StrattoOpencell. Under the three years deal the operator will give permission to use the 2.6GHz band in rural areas. StrattoOpencell is planning to offer 4G mobile broadband up to 120Mbps in areas where fibre is not in reach- starting from a holiday site in Devon – through the deployment of 4G outdoor small cells.

In France ARCEP national cellular operators holding 5G bands will have to grant access at reasonable terms to requests from vertical industry players. They will provide them with customised solutions (coverage and performance) or by assigning their frequencies locally to verticals.

In USA, the Federal regulator FCC has recently published for consultation (closing on 12 November 2019) an innovative framework for the auction of the so-called Citizen Band Radio services (CBRS) band (3.550- 3.700 GHz). The auction will take place in 2020.

The framework contains some interesting innovations and opportunities for small businesses: out of the 150MHz, 80 MHz will be made available under a general authorised access in all markets. Meaning any entity can choose to utilise available spectrum on an opportunistic basis, when it is not already being used by incumbents or priority access licensees.

The remaining 70MHz will be made available in 10MHz lots at a local basis (county), this means that there will be 22,000 PAL(priority access licenses) available nationwide. FCC grants the opportunity to consolidate licenses so to cover wider areas. Possibly the most interesting news for small players is the bidding credits.

With this programme FCC encourages small and rural businesses to provide their own spectrum based services. Depending on the turnover size, small or very small business will have a “bidding credit” of 15% to 25%, small communication providers can also benefits of 15% credits. Bidding credits are capped to a total amount USD 25 Million (USD 10 Million) for rural providers but still provide an excellent opportunity to directly access spectrum resources. 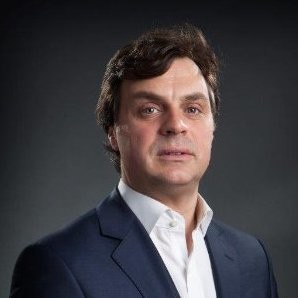