How Artificial Intelligence will impact the future of Cloud Communication

Mr. Rajdipkumar Gupta, Managing Director & Group Chief Executive Officer at Route Mobile Limited discusses the future role of artificial intelligence in the technological landscape, and in particular its influence on the evolution of cloud communications.

Thanks to sci-fi films, Artificial Intelligence (AI) is not an alien concept. Although, it’s widely misunderstood as people associate AI with devious robots, killing machines and a world that’s doomed to end with the destruction of mankind.

The reality is quite the contrary. AI is already positively impacting mankind, breaking new ground to make our world safer, more efficient and our lives fuller.

It won’t be an exaggeration to say that AI has been one of the greatest technological innovations of the past 100 years. Although it was only in 1956 that AI was formally recognized as a research field, it has always been an integral part of human imagination. From mythology to modern fiction, we’ve had AI-powered objects that have been at the center of great stories. Growing rapidly through the decades, the AI market had crossed a billion dollars by 1985.

Big change began happening around the turn of the century, when AI began being used for logistics, data mining, medical diagnosis and other vital areas. In 1997, the world watched in wonder as Deep Blue, the computer chess-playing system, beat world chess champion Gary Kasparov. AI had, finally, stepped out from our imagination, and into our lives.

With the advent of cloud communication, AI has found the thrust it never had before, hugely expanding its scope to completely new territories. In the 2017 Economist Intelligence Report, 75% of the business executives surveyed said that AI would be actively implemented in their companies within three years. By 2025, it is estimated the AI market will cross US$ 100 billion.

AI is helping companies to solve problems faster and more efficiently by having analyses and behaviour patterns accessible. This transforms the brand experience in more ways than we can imagine.”

Cloud can provide AI with information that they need to learn, and AI can provide Cloud with more data. This symbiotic relationship has made massive transformations possible, including personal assistants like Apple Siri, Amazon Alexa and Microsoft Cortana that respond to voice commands and have become the faceless assistants that we always wanted but never had.

Chatbots have transformed brand experiences by eliminating human interactions and hence, errors. Consumers now get quick, correct and precise answers to their queries, 24*7, without the business having to hire hundreds of people at a call center.

We are on the verge of seeing some exciting innovations already. AI will soon be able to manage calls and incoming messages on its own when a car is in motion, ensuring that the driver isn’t disturbed.

A software based on AI and machine learning has been created that optimises digital advert placements of brands – bringing the learning from thousands of digital ad experiments. It greatly cuts down time and costs associated with figuring out how best to spend your brand’s digital ad budget.

AI is helping companies to solve problems faster and more efficiently by having analyses and behaviour patterns accessible. This tranforms the brand experience in more ways than we can imagine.

Similarly, cloud communication companies are working closely with brands to make the most of the exciting AI-Cloud Computing marriage. From simplifying processes to enhacing brand experiences, the possibilities are limitless. Digital transformation for all kinds of businesses is now an ongoing process, not a one-time goal.

In the near future, AI-and-Cloud are going to make it possible to have driverless cars that can navigate themselves across an array of conditions. Natural-language searches are being used to develop cognitive retail and DNA analysis for cancer patients. Virtual voice assistants can now turn the house heat low or high. Drivers will soon be able to ask virtual voice assistants for shopping updates and control connected smart phone devices.

The future of the world depends on how well technology companies reap the benefits of Cloud and AI – a combination that can save lives in healthcare, transform education, metamorphose brand experiences and completely alter the way we live our lives. 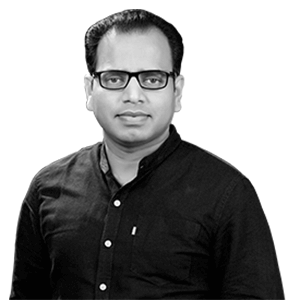