When people are not giving away their data, they’re having it stolen. Will billions of connected machines make this data leakage better or worse? MEF’s annual Leadership Session at MWC 2018, supported by ForgeRock, thrashed the topic out – MEF Features Editor Tim Green shares his takeaways…

It was entirely possible to come away from this MEF session with two very different conclusions.

Yes, for a very entertaining hour, six expert panellists dug deep into this most prescient of topics. The title of the session was The Trust Opportunity in a Connected World, and was preceded by an opening keynote from Lasse Andresen, CTO at ForgeRock that set the stage for the discussion that followed.

The speakers on the panel were:

You could understand why the verdict was so polarised.

After all, the issue of trust is coming to a head. In the last year alone, there have been a parade of data breaches (Equinox, Target, Tesco…) and the whole fake news scandal. And just around the corner lies potentially punitive regulation and the possibility of billions of connected machines.

All of these factors are coming together. They present huge challenges. Does that spell disaster? Or the impetus to build something better? 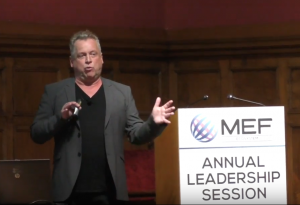 The panel badly agreed that consumers need help. Not least from themselves.

Slopowski said: “I think consumers are still not really aware of this data topic. They seem (to suffer) a few very visible problems before they learn about it.”

Samuel agreed and added that even those consumers who have some sense of a data exchange with brands scarcely value it.

He said: “I read that people were asked how much it would take for them to give away their data set, and they said: give me 40 bucks and you have have it. People don’t understand the value of their data and how it can be monetised.”

It used to be pretty easy in the identity world – you had a user interface, some business logic and a database. Now you have all sorts of devices, services and contracts. Some are human, some are not human. And you have to ask: how do you establish trust from a device?” Lasse Andresen

But there was a more positive spin on this from Michael Becker. He argued that consumers are starting to change their attitudes, and that brands the fail to respond will suffer.

“I think there’s a what and a why of trust,” he said. “There’s what will you do with my data, and there’s the ‘why’, which what are your intentions are. And I think that a lot of enterprises disregard is what happens when you lose that trust. Boston Consulting Group said if consumers mistrust you, you can lose 20 to 40 per cent of top line revenue over two years.

Dave Birch countered this. He argued that most consumers don’t care and easily forget such breaches.

But either way, a new way is clearly needed.

Can machines supply it?

It seems inevitable there will soon be billions of connected devices in the world. They will be exchanging terabytes of data about us, and without our direct participation.

In his intro, Lasse Andresen described the fundamental question asked by the IoT. “It used to be pretty easy in the identity world,” he said.

“You had a user interface, some business logic and a database. Now you have all sorts of devices, services and contracts. Some are human, some are not human. And you have to ask: how do you establish trust from a device?”

However, it’s possible that smart machine thinking could actually save humans from their own vulnerability. That was the contention of Dave Birch.

“The problem we used to have was hackers stealing our credit card data,” he said. ”Now it’s hackers crashing the car and burning down the house. So maybe AI is a way out of this. In fact, it may be the only plausible hypothesis because humans can’t be trusted.”

Rashmi Misri is hopeful the industry can build a robust network of things by covering all bases. “Enterprises can’t do anything advanced with data unless we engineer trust into IOT solutions – all the way from the silicon to the divides to the edge node to the cloud.”

If she’s right and such a network is built, then maybe the pay-off much better security. And maybe it can go further and usher in a new kind of business model too.

This is the ‘personal data economy’ idea that many MEF members will be familiar with.

Michael Becker is a believer. In one of the most positive moments of the session, he described why new thinking and regulation around personal data should be viewed as a trigger to be positive.

“I see regulation not as a cost but as an opportunity,” he said. “It’s a chance to create new relationships and new business models because we’re going to move from people agreeing your terms of services to you agreeing to their terms of access. That’s a fundamental pivot the nature of industry in the next five years.” 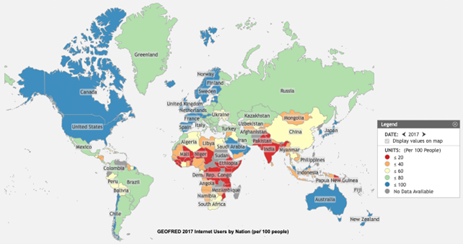 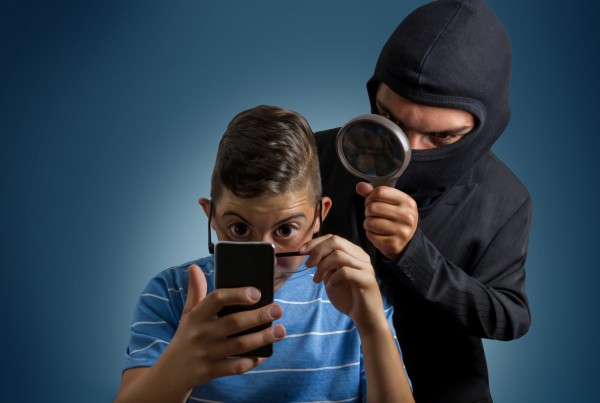