Bananas, travel agents and a bunch of snowflakes: takeaways from #MWC18

Did you buy a MWC t-shirt from the expo shop? Did you book an MWC tour? Did you wear a hat and gloves? Tim Green recalls the big news and the unexpected weirdness of MWC18…

To get the best out of Mobile World Congress you typically need three things: a sense of curiosity, business cards, energy drinks.

This year, you needed only one. A coat.

Yes, for the first time in living memory MWC was – as the Americans like to say – freaking freezing. For those of us from more Northerly regions, this was a shock. We go to Barcelona for spring sunshine not more of the same misery we get at home. 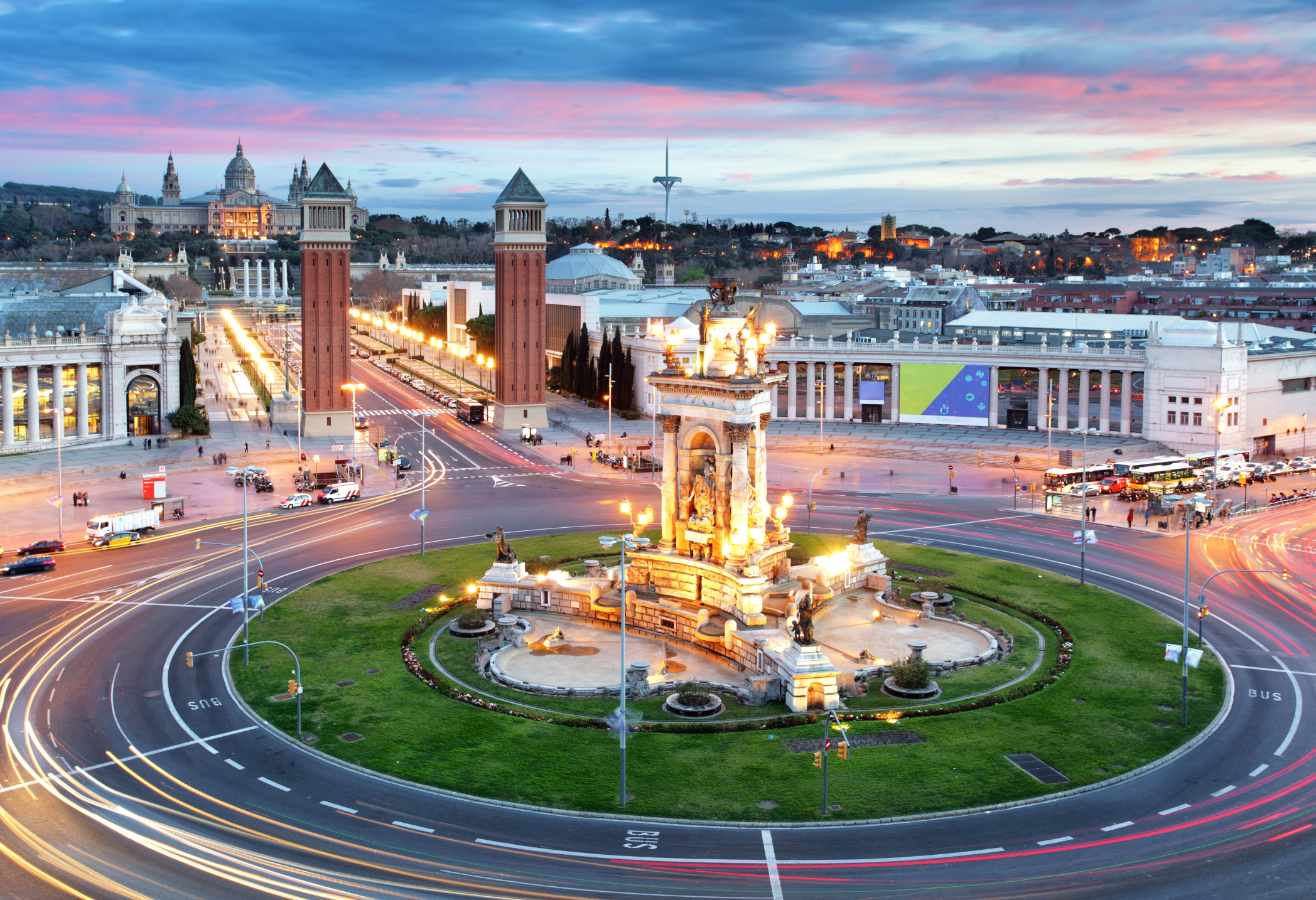 Still, in the 15 years I’ve attended MWC I have never seen a debut to match this. Yes, VR rollercoasters. Yes, Android helter-skelters. But here was new exhibitor Mother Nature Interactive really stealing the headlines. White stuff falling from the sky!

There were even live weather updates on Mobile World Congress TV.

Of course, no two snowflakes are the same. Oh, if only that were true of mobile handsets. Sadly, the devices on show inside the halls were mostly indistinguishable (on the outside at least).

But there was still innovation and novelty everywhere you looked at MWC. Here are some of the biggest take-aways… 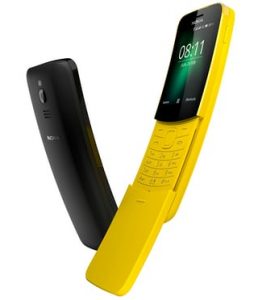 All the innovation you can’t see

GSMA has made MWC a vast monstrous show by focusing as much on connectivity as devices. Quite right too. Trouble is, this stuff is not very visual. Now that phones all look the same and wearables have under-delivered, the excitement has switched to 5G and IoT.

After many years, 5G is almost ready for roll-out. On stage at MWC, Ericsson CEO Börje Ekholm said his firm has signed 38 memorandums of understanding with service providers for trials, and expects launches by the end of this year.

The thing about 5G is not just speed but efficiency. It can deliver data at one tenth of the cost of 4G, which makes it viable to connect millions of low-power devices. Hence all the excitement about connected homes and cities.

Trouble is, you can’t see 5G. But you can see the things it powers. Which is why there was a crop spray stand at the show. Who would have thought?

A big leap for RCS

Many MEF members arrived at MWC expecting an update on RCS. They weren’t disappointed.

The GSMA announced that RCS now has 159 million active monthly users, and says there could be 350 million by the year end. It added that new interconnect deals have made RCS available across another 22 networks in 17 countries.

But perhaps more significant, the GSMA also confirmed progress on RCS Business Messaging. It said brands including 1-800 Contacts, 1-800-Flowers.com, Booking.com, ITV and Subway have launched live trials of based on the its Universal Profile for Advanced Messaging (UP).

A phone with a periscope

Every year there’s a lesser-known Asian handset maker that somehow wins the hype wars. This year it was Vivo’s turn. Its prototype device featured a self camera that rises up from the body like a little periscope. It also vibrates the screen to produce sound rather than using a speaker. 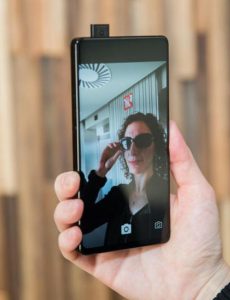 No more bezels any more

Who were the biggest losers at MWC? I’ll tell you: delegates with – whisper it – a border around their phone displays. Losers like a certain someone who writes for the MEF blog and has an iPhone 6s. Pathetic.

At MWC18 virtually every new premium phone launched dispensed with the bezel. Infinity is now a hygiene factor.

It’s a mark of how dominant Apple is in the handset space that, even when it makes a mistake, the others copy it. Witness the notch.

When the iPhone X made room for its facial recognition lens with an ugly notch at the top of the screen, commentators winced. How could design-first Apple allow such a thing. What would Steve have said?

But now, that notch has become synonymous with ‘market leading handset’. And so others have copied it. The Asus Zenfone 5 was widely outed as the most shameless offender. It didn’t even have a facial recognition camera for an excuse.

Is it racist to say that all phones look alike? Well, sorry, but they do. This is hardly a new observation. But how can handset makers differentiate when the look of a device when all the innovation is under the hood. Maybe this is why Huawei, LG, Motorola and HTC had no new flagships to show.

One rising trend to emerge was for handset makers to trumpet the sheer physical strength of their devices. It’s like MWC had a Chuck Norris moment. HMD Global/Nokia revealed its 8 Sirocco is made with a stainless steel frame ‘2.5 times stronger than 6000 series aluminum’. 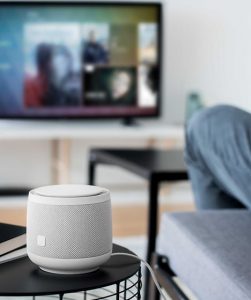 Perhaps the least surprising news at MWC was HMD Global reviving the Nokia 8110 ‘Matrix’ phone. Last year, it won the PR prize by re-booting the 3310. It would have been stupid not to repeat the trick.

But why yellow? A subtle hint that the whole retro thing is bananas? After all, when is the last time you saw anyone use a new 3310? We can only speculate about next year. A new 6310 workhorse perhaps. With a 57 year battery life?

That has to be the conclusion from the pitiful presence of wearables at the show. True, firms like Kronoz turned up, but you only have to think back to the wall-to-wall wristbands of MWC2016 to grasp the failed promise of the sector.

The time has come for Android Go

Remember Android One? This was a ‘stripped down’ Android concept revealed by Google in 20914. The idea was to make it easy for OEMs to incorporate a stripped back Android and thereby deliver ultra-cheap but functional phones for developing markets.

Then? Well, not much. Android One never made much headway. Now, there’s a successor,  Android Go. It looks much more promising. At MWC18, six Go phones appeared. This is probably because of the extra work Google has done tweaking the OS. For example, the install size is now barely 3GB and there’s special section of the Play Store that highlights apps with a small footprint.

For all the hype, there are still question marks over smart assistants. They don’t always understand you. They make your kids rude (no one says please and thank you to Alexa). They steal your private conversations. Etc etc.

But if we assume there is a future for home speakers you can talk to, who do you want to supply them? Google and Amazon are winning for now. But what about your mobile operator? 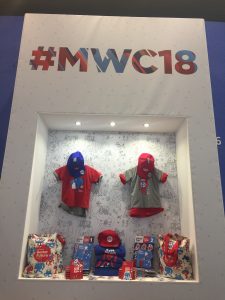 At MWC Deutsche Telekom progressed a smart assistant activated by saying “Hello Magenta”, while Telefonica did the same for its Aura assistant (re-naming it Ask in Anglophone markets).

Nothing makes me smile as much as the MWC Tour. Seeing people trailing around behind a guide, pausing to take photos at Innovation City – it’s simply never not funny. That said, I spent a weekend in Zagreb once. So maybe the Fira does offer some genuine holiday memories.

The MWC shop. Go on, disappoint the kids

Was I dreaming? Was there really an MWC merchandise shop? Well, I took a photo, so I think it was real. I even asked the staff if they had sold any items and they said ‘thousands’ though I think something may have been lost in translation. All I could think about was the following imagined conversation.

“What did you bring me back from your week in Barcelona, daddy?”.

“An MWC cap and a ‘better future’ back pack.” 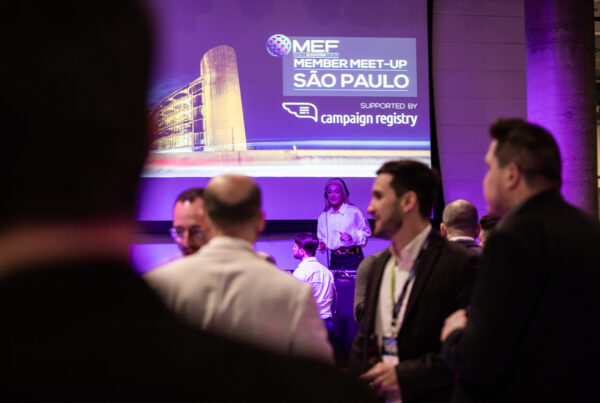 MEF CONNECTS LATAM – Exploring the future of the LatAm ecosystems 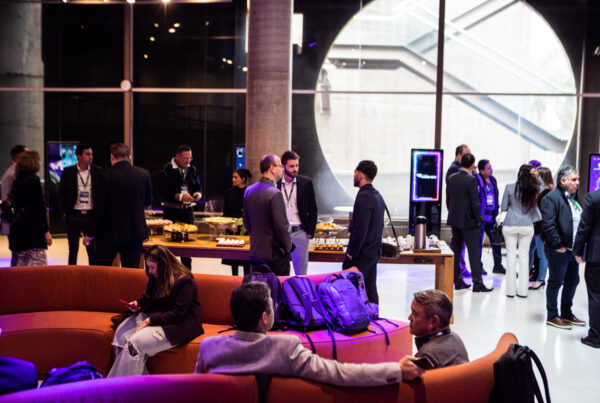