With Mobile World Congress behind us for another year, here’s a roundup of the week’s news you may have missed – from the biggest announcements on the latest phones and 5G, to intelligent cars and other highlights spotted on the showfloor.

The top smartphones of MWC 2018l

Like CES, this week’s Mobile World Congress feels like a bit of a down year, now that the smoke has cleared. Perhaps it was fact that Samsung’s big news stole the show before it even began. Maybe it’s companies’ continued push to launch handsets on their own terms. It could also be that, as many have predicted, the age of the smartphone is truly drawing to an end.

Still, the show wasn’t without its highlights. We did manage to see handful of devices actually worth writing home about. Here are the biggest, best or just generally most notable handsets we spotted this week in Barcelona.”

This one’s a no-brainer. Samsung won the show before it even started. The isn’t a revolutionary addition to the line, but the new flagship adds enough key features to keep things fresh. Low light photography is the most practical of the bunch, and Super Slow Motion is the most fun. AR Emojis are admittedly creepy, but that’s nothing a Disney partnership can’t cure. 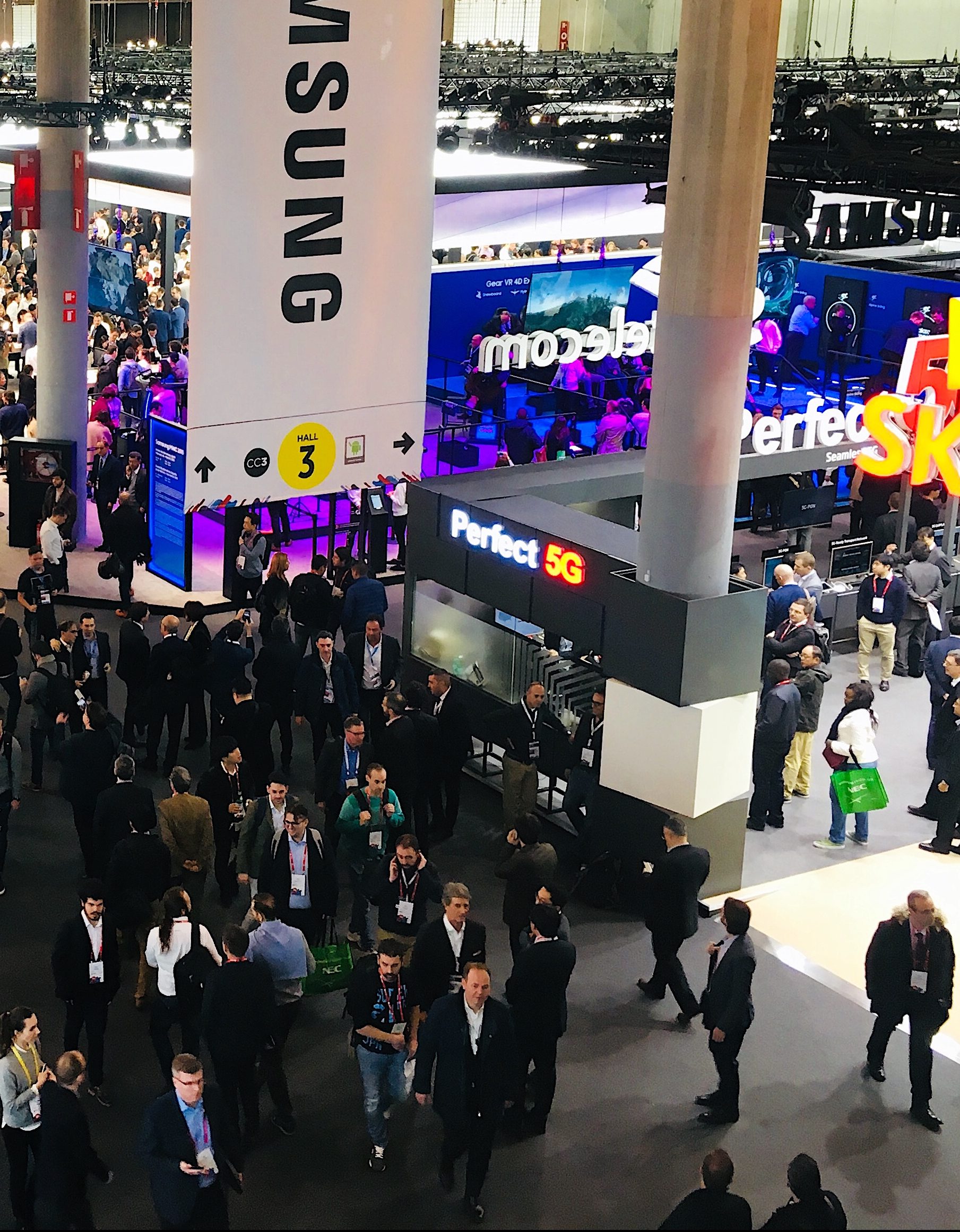 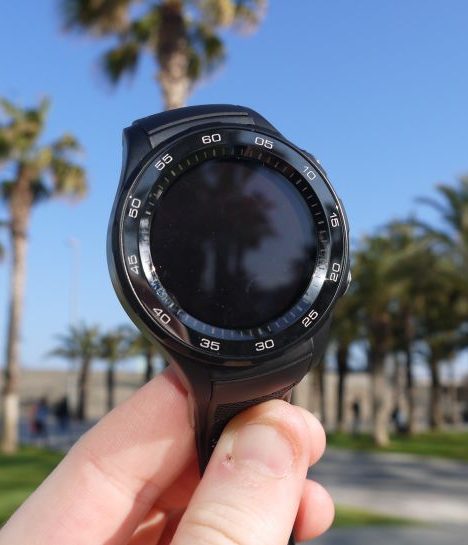 Why are there no smartwatches or fitness trackers at MWC 2018?

Smartwatches and fitness trackers are nowhere to be seen at 2018’s biggest mobile tech show.

We’ve been scouring the floor and tapping our contacts to find interesting wearable tech announcements, but there’s almost no presence of tech you can put on your body at the show.

Mobile World Congress has never had wearable tech as its main focus, but it’s the show major brands have used to reveal smartwatches and fitness trackers in the past.

Recent years at MWC have been quiet for smart wristwear announcements – last year’s show only saw the reveal of the Huawei Watch 2 – but it’s unheard of to, well hear nothing.

The Most Interesting Concept Phones From MWC 2018

In the weeks leading up to Mobile World Congress 2018, there was a sense among the smartphone community that this year’s event will be relatively boring compared to year’s past.

Samsung’s Galaxy S9 had already been leaked to death in the weeks prior and it was an open secret that the device would just be an iterative update. Huawei and LG, which introduced new phones at MWC the past two years, decided to not show any new phones at this year’s show.

But now that MWC has come and gone, I can report that the event turned out stronger than many expected, thanks to some truly impressive (both in the good and bad way) iPhone X knockoffs from the likes of Asus, and impressive new tech from Nubia and Vivo. Many of these products have been dubbed “a concept device,” meaning they’re not ready just yet for prime time, but the tech is almost there, and with Chinese phone brands working so fast, their “almost there” means just a few months away. 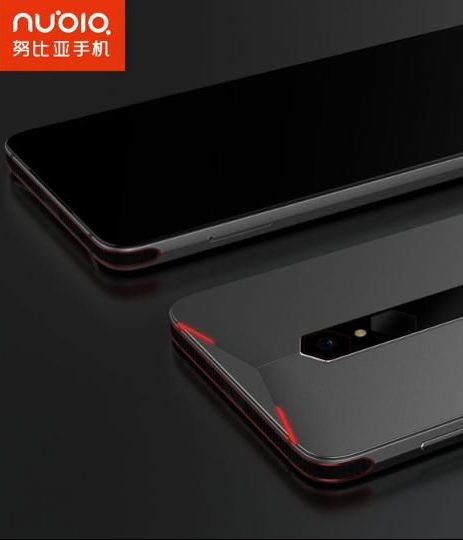 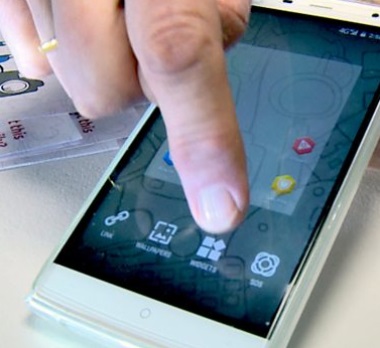 Android phone for children on show at MWC 2018

How young is too young to own a smartphone?

A Spanish company believes seven-year-olds would be safe if they used a mobile it has developed and put on show at the Mobile World Congress trade expo in Barcelona.

The special version of Android involved is designed to be tied to the device, meaning youngsters cannot bypass its protections.

Escudo Web is now seeking a hardware partner, as it explained to the BBC’s technology correspondent Rory Cellan-Jones at the event.

Telecoms networks took centre stage at the world’s largest mobile phone show as the push to rapidly launch 5G services outshone the efforts of the handset makers to show off their latest new devices.

The prospects of 5G, the next generation of mobile network, have been discussed for years at the Mobile World Congress event in Barcelona. Technology such as virtual reality gaming, autonomous driving and sophisticated robotics are reliant on an upgrade to the telecoms infrastructure to enable much faster and more efficient services.

Yet 2018 has proved to be the year that 5G came closest to becoming a reality. Telecoms carriers including T-Mobile USA, Sprint and Telstra revealed plans to start testing live networks this year, while Asian networks including SK Telecom demonstrated what the network technology could already do with live demonstrations of holograms. 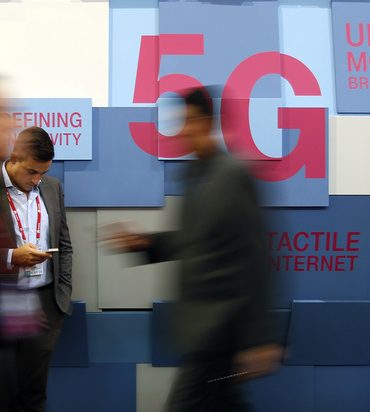 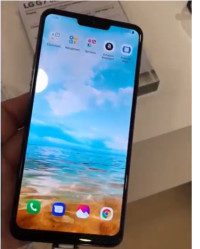 While manufacturers like Samsung, Asus, and Sony were busy showing off their latest flagship smartphones in the glare of the Mobile World Congress spotlight this week, at least one OEM, LG, was quietly displaying its next top-of-the-line handset — along with several other future devices — to a select group of invitees in a private room within the cavernous event space.

But in a manner befitting the general confusion and lack of solid details that have defined LG’s G6 successor up to this point, when the phone spectacularly broke cover — thanks to a video in Israeli publication Ynet — it was not at all clear what the device actually was. At first, since it was labeled “LG G7,” and LG was widely thought to be dropping the G-series nomenclature this year, I speculated that we were looking at a prototype the company had scrapped in a widely reported reboot midway through its development cycle.

Mastercard’s payment mirror could change the way you shop

Mobile World Congress is the world’s largest mobile-phone-centric conference, but it’s not all Samsung Galaxy S9+ and 5G news to be had out of the show.

Mastercard used MWC 2018 to make a range of new initiative announcements, from a Facebook Messenger Bot to enable quick QR-code driven payments for small merchants to solar-powered payments terminals in areas with shaky power to provision to an integrated AR-driven furniture buying concept. Amongst all of that, it’s the demonstration I had of a payments mirror that has me the most intrigued.

Yes, you read that right; a payments mirror. 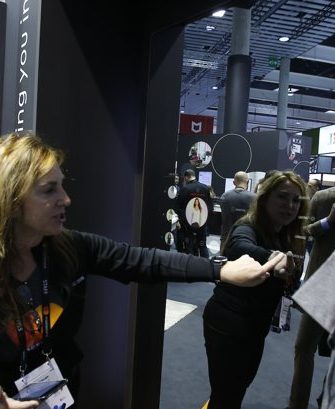 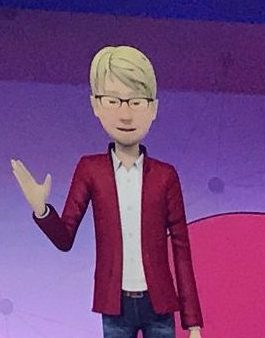 The Director General of the GSMA has said he believes two themes – 5G and Artificial Intelligence – would define the “most ambitious and exciting MWC yet” and help usher in an era of “intelligent connectivity.”

Speaking in a keynote at the event, Mats Granryd cited recent deployments at the 2018 Winter Olympics and the accelerated schedule for commercial rollouts as evidence of the shift.

He said that by 2025, there would be 1.2 billion connections and 5G networks would cover 40 percent of the world’s population, helping power new technologies such as augmented and virtual realities.

This Huawei phone is smart enough to drive a Porsche

I’m strapped into the shotgun seat of a Porsche Panamera, parked in a lot just outside FC Barcelona’s Camp Nou stadium. My chauffeur for the afternoon: Huawei’s Mate 10 Pro smartphone.

You read that right. A phone will be driving this car.

No, Huawei isn’t getting into the autonomous car business. The Chinese telecom giant set up this experiment to show off the processing prowess of the flagship phone’s Kirin 970 chip, which features an artificial intelligence engine.

“This is purely a showcase of what the phone today is capable of,” said Arne Herkelmann, European head of handset portfolio and planning for Huawei. 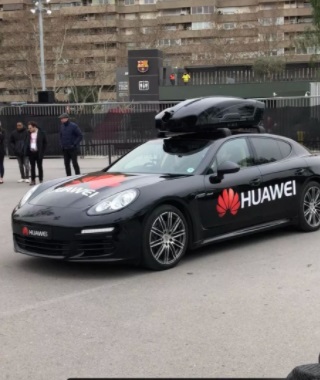 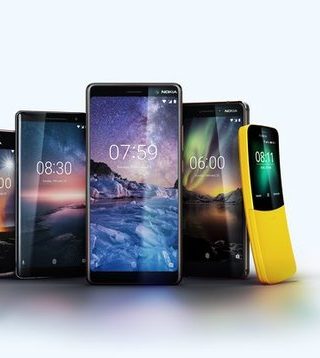 HMD GLOBAL has done it again and announced it will bring another Nokia retro classic to the smartphone market, this time a remake of the 8110 “banana phone”.

Revealing the retro phone at MWC 2018 in Barcelona on Sunday, the new Nokia 8110 4G joins the 3310 in the “Nokia Originals family”, as yet another remake of a classic.

Featured in The Matrix movie back in the late 90s, the original 8110 was the first of Nokia’s high-end 8000 series of phones released in 1996 and its distinctive styling was the first example of a “slider” form factor.

And while the new 8110 4G doesn’t look identical to the handset of old, there’s still a sliding cover protecting the keypad for when being carried in the pocket and extended downwards in use, bringing the microphone closer to the mouth.