Going to MWC? What can you expect apart from sore feet and sea food? Tim Green looks ahead to some of the possible highlights of this year’s mammoth event in Barcelona…

Ah, Mobile World Congress. The thrill of the packed commuter train ride from Espanya metro. The picket lines. The delicious frisson of having your passport checked. The lung-busting walk to Hall 8.

It’s so close you can almost touch it.

Yes, MWC is just days away. Last year saw a record attendance of 108,000 visitors from 208 countries. As the mobile sector powers on, there’s every to believe that record will fall again this year.

The sheer scale of the event is intimidating. But there will be a few things to look out for. So MEF has scoured the official channels and the blogs to bring you this little guide to the big show… 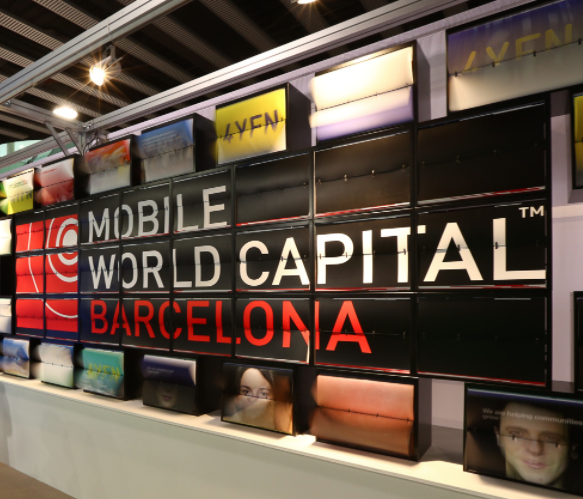 Samsung is plotting something huge in photography

Traditionally, Sunday evening of MWC belongs to Samsung. It ‘Unpacked’ event is where the new Galaxy phone usually lands. Last year, however, Samsung took a back seat following its Note-on-fire PR debacle. In 2018, it’s back. It will unveil a camera-centric Galaxy 9. And it’s not scrimping on the hype. Its teaser tweet immodestly said: #Unpacked will change how you experience everything.

The bend is nigh. Foldable phones at MWC?

It seems unlikely. But suddenly the gadget press is full of rumours that Samsung, and maybe LG, are working on foldable phones – and that there might be prototypes at the show. 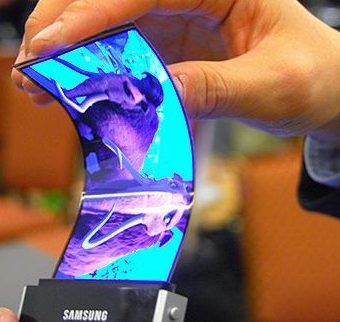 Since TCL took over BlackBerry it’s hardly set the world alight. But it did launch the solid KEYOne device for the niche who like a hard keypad. It should reveal an update this year.

Like BlackBerry, Nokia is back from the dead yet struggling to go close to capturing its former glory. It’s now just a respectable Android OEM. Expect to see the Nokia 9 land at MWC. Will be its most premium device to date.

2017 saw something very new at MWC: Nostalgia. Everyone went mad for the re-launched Nokia 3310. It was very silly. A triumph for Nokia, yes. But when was the last time you actually saw one in use? Anyhow, there are rumours that the 3300 will be back again in 2018, but with support for LTE.

The smart home device seems to have succeeded where watches, wristbands and VR headsets have remained niche-y. Now, the race is on to be not just the maker of a cool speaker, but the platform of choice for a zillion other devices. Amazon Alexa is winning for now. It has far more deals with OEMs than Google Assistant. MWC could see new deals announced.

There will be plenty of 35 year old children at MWC. Google knows this. That’s why, for the last few years, it set up treasure hunts. It distributes badges/lapel pins etc across the show floor for these kidults to hunt down and collect. Expect more of the same in 2018. Pathetic, really.

Nothing to see here: LG and HTC

Not strictly true. LG and HTC will no doubt have their full existing ranges on display. But both companies have confirmed that their much-anticipated devices – LG7 and U12 – will not be debuted at the show. 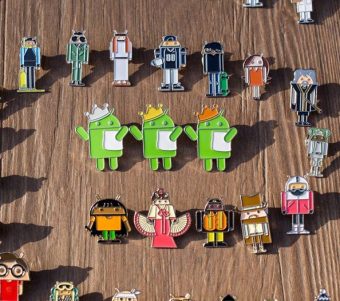 Bluetooth is one of those wonderful life-improving technologies we’ve become shockingly blasé about. In fact, we complain when it cuts out or drains batteries. How nice to hear that Qualcomm has developed the new Low Power Bluetooth QCC5100 SoC. The company says it improves quality while consuming 65 per cent less power. MWC should feature lots of compatible devices.

There’s no kind way to say this. In the west, people don’t take Chinese devices seriously. At least not at the top of the market. Well, Huawei is chipping away at this perception. Pundits predict it will launch the P11 at the show – a ludicrously premium phone with is bezel-free screen, facial ID and 40MP rear camera. Think of the selfies!

The road to driverless

Cars have been a feature of MWC for years as the worlds of mobile and auto try to establish how to work together. This year, expect more. BMW Group will showcase its BMW i bran, Byton will highlight its new connected car, and there’ll be action from Mercedes-Benz, SEAT and Toyota on the show floor.

Yes, petrol-headed MWC delegates, F1 is coming to the Fira. There will be a 450 square metre show space ‘to discover current and future initiatives of Formula 1 across all digital platforms’. But probably no Grid Girls.

Female equality on the agenda

MWC has historically been very male-dominated. It’s embarrassing really, though not unusual in tech. To be fair, the GSMA has been working to redress this. And there’s more action this year. Hardly surprising given the changing climate in the rest of the business world. Thus, the GSMA has confirmed several new speakers, activities and sponsors for the Women4Tech Programme. Careful though. There’s a good chance of hearing the cringey word ‘empowered’ being used far too much.

It takes a village to raise a telco exec

With over 100,000 people to look after, even the new Fira is not big enough. So for 2018, the GSMA has expanded the footprint to include the South Village. It’s an outdoor area for meet and greet and eat.

Plenty for the party animals

One small step for MWC visitors…

Loads to see at the MWC Innovation Zone. Here’s one option: go for a moon landing via Huawei’s ‘Lunar Lander’ VR experience.