Google is being taken to court, accused of collecting the personal data of millions of users, in the first mass legal action of its kind in the UK.

It focuses on allegations that Google unlawfully harvested information from 5.4 million UK users by bypassing privacy settings on their iPhones.

The group taking action – Google You Owe Us – is led by ex-Which director Richard Lloyd.

He estimates the users could get as much as “several hundred pounds each”.

The case centres on how Google used cookies – small pieces of computer text that are used to collect information from devices in order to deliver targeted ads.

Tencent is best known as the maker of WeChat. What few people know is the Chinese social media giant is a growing powerhouse in entertainment and cinema.

It has invested in big-budget Hollywood films like Wonder Woman, Kong: Skull Island, and Warcraft. That last one really makes sense because World of Warcraft is huge in China.

At its disposal is the internet behemoth’s more than 1.7 billion combined social network user base, plus one of China’s top streaming sites. That’s what makes Tencent’s entertainment machine so remarkable – it has such a huge, captive audience, more than Amazon Studios or Netflix can even dream of.

What did we learn from Black Friday? There’s no stopping mobile

As predicted last week, there can be little doubt of mobile’s dominance in retail, post Black Friday. While stores may not have seen the queues and mayhem they expected, mobile traffic was huge over the whole ‘cyber period’, taking the largest share of online traffic and growing year on year.

According to IMRG figures, 39% of online sales were completed over mobile, while vouchercloud found that 63% of its traffic came from smartphones over the weekend – compared to 27% through desktop and 10% through tablet.

This is unusual because Friday is a work day and, typically, Black Friday shopping happens sneakily on desktop while people are at work. Not so this year. This year, there was steady mobile sales throughout the working day. 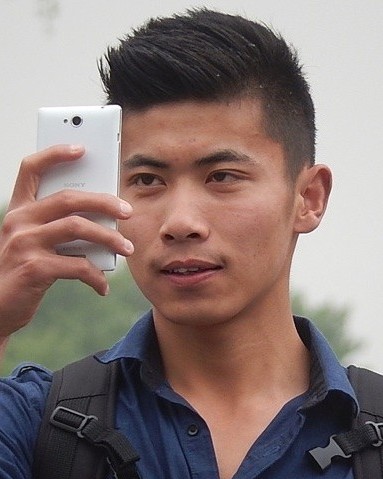 China’s ambition to lead the development of 5G mobile networks will make the country the world’s largest market for over-the-top (OTT) content over the next five years. But Beijing’s stringent controls over production and imports of creative content will be the greatest obstacle to China’s dream to be a true global leader in OTT.

The 5G technology will not be in place until 2020, but its development is among the top priorities on China’s national agenda.

Besides playing an active role in joining other world powers to implement the global standard, the Chinese government has put huge emphasis on 5G development as part of it “Made in China 2025” plan, as well as the 13th five-year-plan. There is a target for commercial launch of 5G in 2020, according to Wilson Chow, leader of China-Hong Kong Technology, Media and Telecommunications at PwC in China and Hong Kong.

Tube to have full 4G mobile phone coverage from 2019, Transport for London announces

The Tube will have full 4G mobile coverage from 2019, Transport for London has announced.

Londoners will be able to use their smartphones deep under the capital in London Underground tunnels for the first time following a successful pilot trial on the Waterloo and City line.

It comes after the Mayor of London Sadiq Khan set a 2019 deadline for the start of 4G coverage on the Tube in a major new drive to eliminate the capital’s no-signal zones.

London falls behind Paris, New York, Berlin and Tokyo which all have mobile phone reception for passengers below ground.

The Supreme Court takes up a major digital privacy case

FOR all its convenience, the digital age has made privacy an increasingly rare commodity. Search engines are familiar with users’ favourite haunts. Internet service providers share individuals’ web browsing habits with other companies. And as Timothy Carpenter found out when he was arrested for masterminding a string of armed robberies in 2011, mobile-phone companies have data showing roughly where their owners are at any point in time.

On November 29th, the Supreme Court will consider whether Mr Carpenter’s constitutional rights were violated when authorities obtained several months of mobile-tower data placing him near the scene of the robberies in Michigan and Ohio. Under the Stored Communications Act of 1986, investigators who have “reasonable grounds to believe” that a suspect’s electronic data includes “specific and articulable facts” that are “relevant and material” to their investigation can secure an order compelling providers to hand it over.

LG’s mobile sales are a not only a drag on its other businesses, but an embarrassment next to its nemesis, Samsung.

To address that, the company has made a “sweeping realignment” of its businesses, naming Hwang Jeong-hwan as president and CEO of LG Mobile in the place of current chief Juno Cho. It also named former Harman CTO and current software head Park Il-pyung as its new chief technology officer (rival Samsung acquired Harman last year for $8 billion). The moves are aimed at “enhancing competitiveness,” LG said.

LG is faring strongly in the television business, thanks to OLED and other models that are considered some of the best 4K TVs available, and its appliance business continues to do well, too. LG Mobile, however, managed to lose $331 million last quarter, while Samsung made over $3 billion on mobile alone, netting a whopping $12.9 billion operating profit — nearly 50 times more than LG. 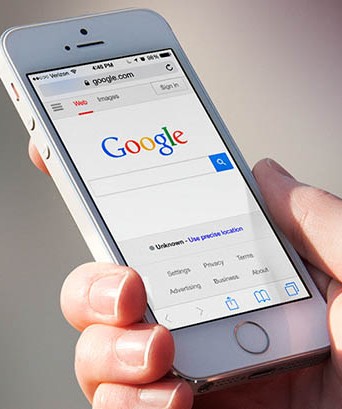 Google has announced Datally, a smart and simple Android app that helps smartphone users understand, control, and save mobile data.

The app works on all smartphones running Android 5.0 (Lollipop) and higher, and is now available on the Google Play Store globally, the company said on Thursday.

“In many parts of the world, people feel constrained by the cost and availability of data. Managing and controlling data can feel daunting, and where data goes can seem like a ‘black box’,” said Google South Africa country director Luke Mckend.

How Secure Are The Most Popular Crypto Currencies Mobile Apps?

We tested the most popular crypto currency mobile apps from Google Play for common vulnerabilities and weaknesses. Over 90% may be in trouble.

Over 1,300 crypto currencies exist today with over $308,694.631,252 market capitalization (at the moment of this post publication). One of the most popular and oldest cryptocurrency – Bitcoin has almost reached $10,000 price after several months of fluctuation, but continuous and steady growth.

Uber Technologies Inc. will allow riders in Vietnam to pay for their trips using local mobile wallet MoMo, opening up its service to the millions in the country who don’t have credit or debit cards.

The pact is a first for the world’s most valuable startup in Southeast Asia, Uber said. Backed by Standard Chartered Private Equity and Goldman Sachs, MoMo has five million users who use the mobile wallet to pay utility bills, buy airline tickets and access other services.

Uber’s move comes as local ride-hailing rivals Grab and Go-Jek push aggressively for the adoption of their own in-app digital payments platforms to hook consumers. While Southeast Asia is home to 620 million people, many in the region have limited access to banking services and typically pay in cash.