“You don’t need a Windows Phone to be very good customer of Microsoft,” says Grahame Riddell. And he should know. Microsoft’s Director of Carrier Billing is working hard to bring Charge-to-Bill to a potential one billion Windows 10 users on Laptops, Surface, Xbox and even Hololens. He outlined his project to MEF Minute…

How the world has changed. So much is ‘wrong’ with the above sentence. People don’t queue up for operating systems any more. They download them. And they certainly don’t pay for them. Today, OSs come free.

In 2015, Microsoft confirmed it would give away it’s new OS, Windows 10, to all existing users. What a stunning reflection of how the market has changed.

Here was a product that once earned $8.4bn.

But Microsoft was reacting to the dominant new business model: gather as many users as possible now and monetise them later through ‘post-purchase’ sales.

Despite the onslaught of iOS, Android and Chrome, Microsoft has remained the leading OS on desktops. And Microsoft has other significant hardware platforms such as Xbox and Surface. It is also readying next-gen platforms like the augmented reality Hololens headset.

So the company’s CEO Satya Nadella devised a bold new strategy: make Windows 10 work the same across any Microsoft device. Then, give developers the tools to build apps that function seamlessly across them all.

He called the latter Universal Windows Apps, and pledged to build a universal store from which to sell them.

The pitch to consumers was simple: If you buy an app from the Windows Store, it will work exactly the same way on your phone, tablet, computer and game console.

The move was designed to sustain Windows as the world’s premier OS, but acknowledged that the PC is no longer the word’s premier computing device.

Nadella believes this strategy can gather a billion active Windows 10 users within the next two or three years. Clearly, that would be a very tempting target for software developers.

But you may have noticed something. No mention of mobile yet.

Microsoft’s struggle in mobile is hardly news. In 2016, five years after Microsoft bought Nokia, Windows Phone’s market share fell below one per cent.

So, does that end Microsoft’s direct engagement with mobile? No, it doesn’t. And here’s why: Carrier Billing.

Microsoft sees Charge to Bill as integral to its Universal Windows App strategy. If the Windows Store is to attract one billion users, it will need a universal payment method. Carrier Billing is it.

That process started in 2015 when Microsoft confirmed that Carrier Billing specialists Bango and Boku would start connecting MNO billing systems to the Windows 10 Store payment platform. Today there are more than 26 operators live across 19 countries.

The man now co-ordinating the strategy inside Microsoft is Grahame Riddell, Microsoft’s Director of Carrier Billing. He had performed a similar function when he was with Nokia. Now, he believes Microsoft is doing something unique.

He says: “We’re building the world’s biggest online digital store, offering products that work across all devices from a tablet at the way up to the 88 inch Surface Hub and even, at some point, to Hololens and IoT devices.

“This hasn’t been done before. And we’re the only company with the device range and the software to do it.

“Obviously, if we want to deliver on the promise of one app that can work across any Windows 10 device, we need a consistent payment option that can work in any market layer. That’s where Carrier Billing comes in, especially in markets where credit card penetration is low or there is preference to use Carrier billing over other payment options.

“And that’s why I’m working so hard to talk to Operators to make it happen.”

Riddell is extremely well-qualified for the job. Prior to his work at Nokia, he was at O2 and was part of the team that tried to bring i-mode to the UK in 2005.

Famously, i-mode succeeded in Japan by handing 93 per cent of revenues back to developers. It struggled to repeat this generous revenue share in Europe. And Riddell notes that margins remain a challenge 12 years later.

“It’s important we get past the traditional ecosystem model of 70:30 split,” he says. “I appreciate Operators do have unique costs, especially around pre-pay costs in some markets, but they have to start seeing the opportunity to act as proper payment channels like MasterCard, Visa, PayPal and of course local payment options as well. Carrier Billing is such a huge opportunity for them.“

The evidence suggest users are already converted. Riddell notes that this is not confined to developing markets where people lack credit cards. He says: “We regularly see people pay 100 euros using Carrier Billing on some networks, for example.”

These big ticket purchases are typically for desktop apps or first party Microsoft products such as Windows Pro or Xbox. However, Microsoft is currently working hard to bring flagship third party titles to the platform too. Netflix joined in December 2016. Spotify arrived in June 2017.

Riddell hopes to have around 60 Operators connected to Windows Store by the end of 2017. The process can be complicated, though.

One app, any device. That’s the dream.

He says: “We have a sophisticated set of APIs that not all operators can support straight away. For example there are complexities around refunds and query API support that are required to ensure we provide an excellent customer experience.

“Many Operators are upgrading their platforms to support the payment specifications of large merchants who are increasingly using carrier billing as a payment option.”

And, to repeat, these merchants are looking beyond the smartphone.

“You don’t need a Windows Phone to be very good customer of Microsoft,” adds Riddell. “Obviously, we’re building a system where people use the phone bill to pay for content they are not using just on their phone. They’re authenticating on the phone with a PIN they enter into another device.”

As a veteran of the Carrier Billing space, Riddell has seen a few false dawns. But he believes there are real signs of a positive change.

“In the last few weeks, we’ve seen Amazon launch Charge to Bill for physical goods in Japan,” he says. “That’s brilliant. Really interesting. Google and Facebook are live with it all over the world. And Apple are deploying more Operators too. What we have to do now is make Carrier Billing universal for users and ensure everyone – Developers, Aggregators, operators, us – can make money from it.” 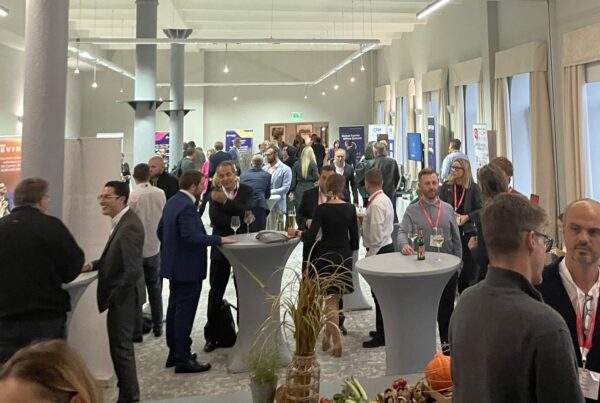