Mobile money: usability, growth markets and the importance of choice

MEF held its global and regional board elections at Mobile World Congress in Barcelona this year.

After the event we caught up with some of the newly elected directors – Bango’s founder and CEO, Ray Anderson, Boku’s CEO, Jon Prideaux and Microsoft’s Director of Carrier Billing Grahame Riddell – and asked them for their thoughts on mobile money and specifically carrier billing going forward for MEF’s recently published free Mobile Money eBulletin.

Here’s what they said…

A recent report by analyst firm Ovum forecasted that total carrier billing revenues will increase to $24.7 billion in 2019 (up from the $14.5 billion in 2014). Yet it is still a proportionally small part of the overall payments pie.

It follows that its growth depends on some important variables. Not least in how it measures up to other forms of payment both from within the mobile world and outside it.

Jon Prideaux, CEO of Boku knows this only too well. Boku provides carrier billing for app stores, in-app purchases and services like Spotify. For him the key to unlocking further adoption is by appealing to the familiarity and usability that consumers experience with other payment platforms.

He says: “If you are pushing mobile as a transaction platform, you have to look at the other players in the market and match up to them in terms of technology and functionality.”

For Prideaux that means two things; making carrier billing behave more like a credit card transaction in terms of the user experience and layering up services beyond the transaction.

“If you are pushing mobile as a transaction platform, you have to look at the other players in the market and match up to them in terms of technology and functionality.”

“You have to include operational functions and meet consumer concerns. Things like easy refunding and clear billing are essential. If those processes are clumsy then you’ve lost,” he says.

Indeed Boku has invested in developing its user interface along these lines. But a good user-experience is only half the story. Operators too need to understand how, that by decreasing the amount that they take from any given transaction, there is an increase in transaction volumes.

In developed markets most mobile consumers already have a billing relationship with their app store. But in growth, mobile first markets, where device penetration is high, it’s the norm that access to banking services is relatively low. These circumstances make carrier billing highly relevant for transactions.

For Ray Anderson, CEO at MEF member Bango carrier billing delivers inclusivity: “First generation payment methods such as credit cards have not kept pace with the rapid, global growth in smartphone adoption. Billions of people are starved of access to digital content and services.

“We need a universal payment method to bring global inclusion in the digital ecosystem. Direct Carrier Billing (DCB) enables any smartphone user to pay for more than just voice and texts with their existing mobile phone bill.”

Carrier billing is frictionless and easy to use. Usually a one-click payment process is all that’s required which means significant barriers, like keying in lengthy credit card numbers in the transaction process, are removed. The result is dramatically improved conversion rates for merchants.

For digital content that means apps and in-app purchases and in the last few years all app stores have gradually switched it on as an option.

Bango is one such company that has integrated its carrier billing platform with app stores globally. Anderson continues, “DCB is in its best shape ever. It’s now adopted by all the major app stores. Operators realise at last the advantages DCB provides in strengthening customer relationships and growing revenue.”

Indeed, for Anderson old arguments about operator margins eating in to content costs are also no longer valid. “Hard data proves that DCB does not cannibalize existing revenue from traditional services. As DCB continues to become available to more users and the range of content becomes ever more desirable, we will see DCB broadly adopted as a universal payment method.” He says.

Microsoft has extended that thinking.  Under its Windows 10 flagship it has rallied its products and services at the platform level enabling the creation of a single Windows Store so that both Microsoft 1st party and 3rd party content, apps and services including apps and games, desktop apps, music, books, films, and TV shows can be purchased and run on all types of Windows 10 devices, from laptops, tablets, PC’s, Smartphones and its Xbox One games console.

For Grahame Riddell Microsoft’s Director of Carrier Billing, it’s about ensuring every customer has an effective way to pay: “By offering Carrier Billing, Microsoft is not only offering payment choice, we are also offering a channel that is trusted and relevant in both developed and emerging markets. This straightforward, easy-to-use payment option simplifies the payment flow and engages customers around the world who may not have alternate ways to pay.”

Moreover, for Microsoft (and other app store owners) there are components to payments – the app store owner, the consumer and the developer.  And for developers carrier billing poses a great opportunity, not least because its conversion rate is three times higher than credit or debit card alternatives. 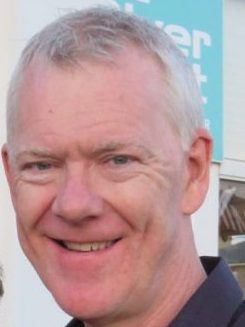 “Two-factor authentication as part of the registration process and re-authentication on a randomised basis provides a base-level of security that is understood by our customers.”

In growth, mobile first markets where it is the locally relevant billing platform it is eight times more successful.

Consumer trust is also a primary concern for Microsoft. “We’ve invested heavily in developing our industry leading Risk Management Engine to implement rules based risk evaluation to establish the likelihood of fraud and assign a risk score to determine whether to pass, re-authenticate or fail a transaction, all designed to protect our customers,” said Riddell, “And using mobile as a primary channel provides us with further trust benefits.  Two-factor authentication as part of the registration process and re-authentication on a randomised basis provides a base-level of security that is understood by our customers.”

Download our sixth quarterly Mobile Money eBulletin which takes a look at some of the issues that are forming the ecosystem.