Ty Roberts’ CV reveals stints at Apple, Pixar and Gracenote. He’s a Silicon Valley and record industry insider with a genuine love for both technology and music. Which is why Universal Music Group made him its first ever CTO last year. He shared his thoughts on the technological future of music with MEF Minute…

Ten years ago, when Sony Ericsson’s Walkman branded phones ruled the mobile music space, the handset maker launched a feature called SensMe. The aim was to generate track choices made on mood and emotion, rather than pitch and tempo.

It was ahead of its time. Today, listeners to services like Spotify regularly let the system select songs for them on these parameters. 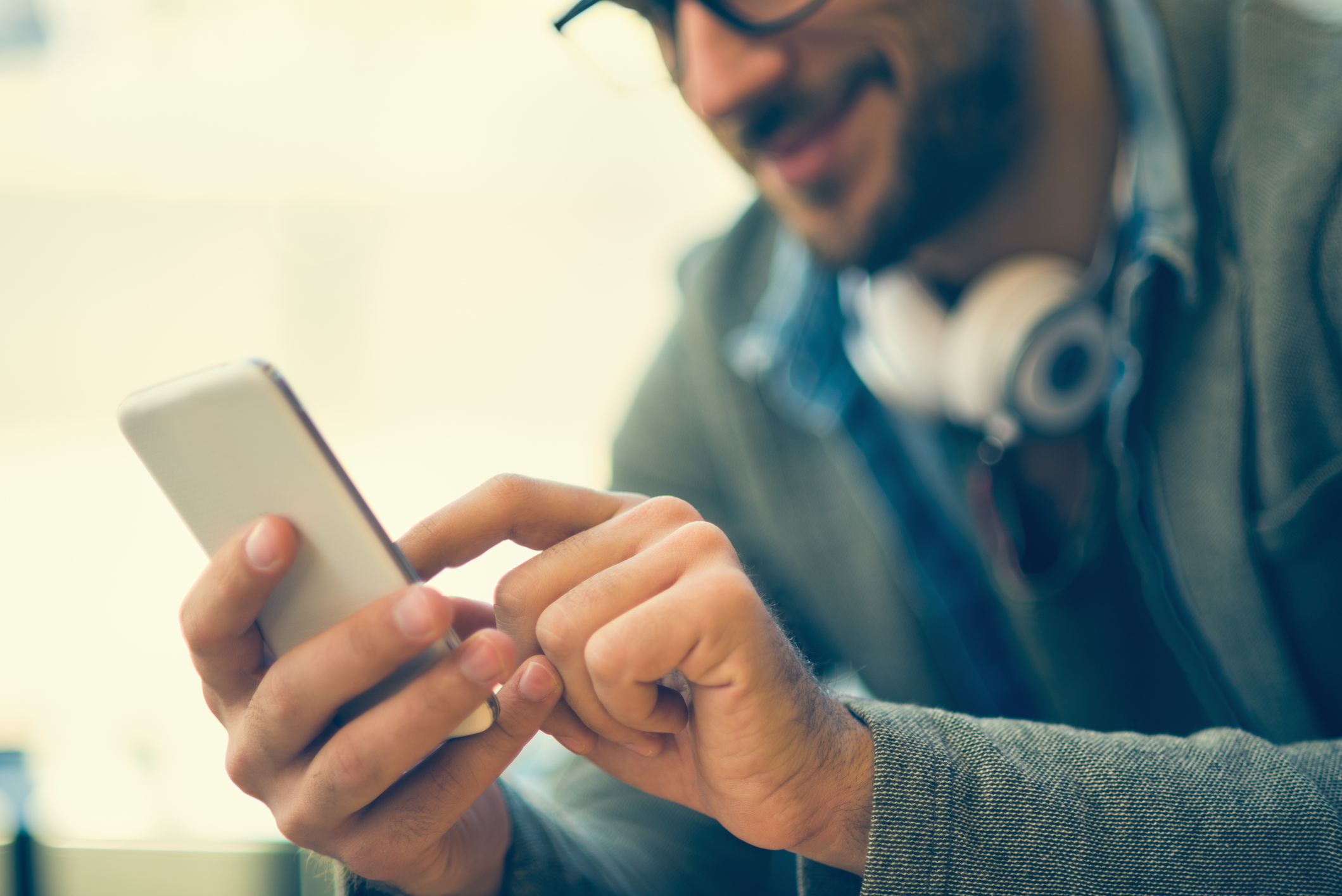 SensMe was just one of many innovations made possible by the close collaboration between Sony Ericsson and the music meta-data company Gracenote, which was co-founded by Ty Roberts. Gracenote managed a huge database of music information, which partners could licence to search, discover and categorise tracks.

Ten years later, the music industry is still bubbling with innovation and looking for ideas that will shape its future. And Ty Roberts remains right at the heart of this quest.

Indeed, in 2016 Roberts was named senior vice president and CTO of Universal Music Group. Roberts is the first CTO of a major music company, so the appointment is an indication of the central role technology will play in music’s future.

And Roberts is the perfect choice. His track record in music innovation goes back to the analogue era, when he created the first enhanced audio CD titles for David Bowie, Brian Eno and others. But he also has impeccable tech credentials. He helped to code QuickTime for Apple, and also worked at Pixar.

Roberts is infectiously optimistic about music and tech. He shared some of his ideas with MEF Minute…

Last week, Universal Music Group announced a multi-year partnership with MQA to make its catalogue available in ‘hi-res audio’. Next week you will demo this at Mobile World Congress. What’s the thinking behind hi-res audio?

If you look at other media – film, TV and so on – they have all improved their quality and dynamic range. In music, we’re a little behind. We actually had good sound on CD, but we squeezed it for digital, and we sacrificed some of the quality for the convenience of carrying around so much music.

Digital technology has already transformed distribution and marketing. What’s especially interesting to me, and to the artists I think, is where we can go with the product itself.

There were good technical reasons for this. But now we’re at a point where most smartphones can output 24-bit audio. Bandwidth has been a problem. Even wifi can’t support what’s needed for hi-res audio. But a bunch of companies are solving this. MQA is one. And that’s why we signed the deal.

But do users with phones and earbuds really want hi-res audio?

I really think they do. In fact, we did some research and found 85 per cent of consumers say audio quality is very important. Meanwhile 71 per cent of streaming customers would be interested in upgrading to better sound quality, even if that meant paying more than $9.99 a month.

That said, I do accept that many people will have to be actually sold on high quality audio. But if you do this, they will want it. We were listening to the studio recording of Benny and the Jets by Elton John a few days ago and it’s amazing what you hear that’s not available on most digital versions. There’s an acoustic guitar on there. I’d never heard that before!

And with these new technologies, this quality is available to nearly everyone through almost any headphones. So this is an opportunity for us to revisit our digital catalogue, re-master it, and expose fans to the original recordings.

What about the artists’ attitude to innovation and technology?

We have artists approach us all the time about things like VR. They’re very curious about what’s possible and I’m here to talk to them. Of course, digital technology has already transformed distribution and marketing. What’s especially interesting to me, and to the artists I think, is where we can go with the product itself.

When speech recognition gets really good, it will be the fastest way to get to information. And that can lead to some amazing opportunities. At the moment, you’re really just asking Echo to play a particular song. But imagine if you could have a conversation.

I think the main theme will be collaboration and interaction. Musicians are not just about music: they have opinions, they have history, they can be linked to a place etc. And fans want to know all this. They want to communicate with artists. So I think we’ll see new products that all them to do so.

But we have had enhanced products for years. What’s changed?

The internet! The information was static before, but now it can be really dynamic. Take something like VR. I believe it’s still super early for virtual reality, but I can picture a time when you could go inside the new Lady Gaga album and explore it. Touch things. See things happen.

It will take a few years, but it will come when VR technology gets really good on mobile.

You mention mobile, but what role might other devices play? Echo and the other home assistants for example?

I think they will be important because of the power of voice interaction. When speech recognition gets really good, it’s the fastest way to get to information. And that can lead to some amazing opportunities.

At the moment, you’re really just asking Echo to play a particular song. But imagine if you could have a conversation. A young person who has just discovered Prince, for example, could really go deep into the music.

Do you think music is as central to people’s lives as it once was? Some experts say it is competing not just with other art forms but with things like Instagram and Snapchat…

So there are huge opportunities for the industry. We just have to find them. I’ll give you an example. We now have a growing category called sleep music and sleep music artists. It’s around two per cent of all our streaming plays.

When you joined UMG, you were described as a Clint Eastwood type figure. Why was that?

Maybe it’s because I’m a sharp shooter! Actually, I think it’s because I’ve been around a long time and done a lot of things. That helps a lot with my role. There’s so much noise in music and technology. Someone has to decide where to pinpoint our focus, and I think my experience puts me in a good position to do that.

In association with American Express and supported by Syntonic, CLX Communications, Universal Music Group, RealNetworks and Basebone the premier networking event on the first night of Congress brings together over 400 members and industry guests from across the mobile ecosystem for an exclusive evening of networking. 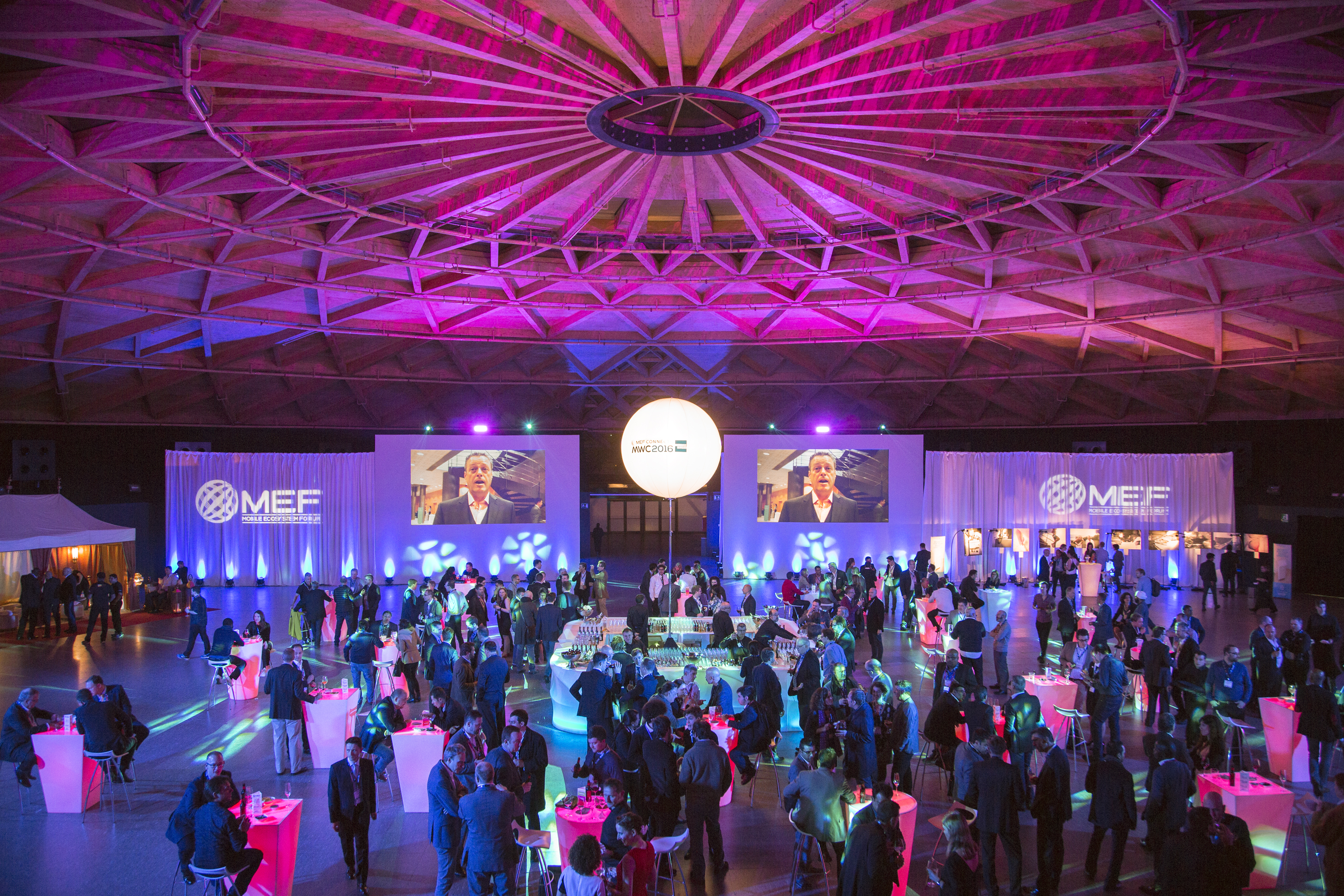