When you turn payments into code, you can put them anywhere – cars, fridges, watches, rings. Mastercard is working hard to make the post-plastic revolution real. Kiki Del Valle, Sr VP for Commerce for Every Device at Mastercard, talked to MEF Minute…

Mastercard needs no introduction. The clue is in the name. It’s a giant, global ‘card’ network. But the truth is, the plastic card is just one of an increasing number of options Mastercard customers can call upon when they want to pay for things.

Why? Because transactions are going digital. And when that happens you can turn all manner of objects into payment-making machines.

No one knows this better than Mastercard. Last year, the company made a major commitment to this new reality with the launch of its Commerce for Every Device program. The scheme promised to bring MasterCard payments to all manner of consumer products – automotive, fashion, technology, wearables.

Among the eye catching partners was Ringly, a company that makes smart jewellery that lights up to denote different kinds of notifications. Now, there’s the potential to tap a ring to pay as well.

For Kiki Del Valle, Sr VP for Commerce for Every Device at Mastercard, the program is evidence of the company’s customer-based approach. She says: “Our starting point has to be that customers should pay how they want – and that we need to go where they are. So if they want to pay when they’re inside the car or using wearables, we will make sure they can.

Our starting point has to be that customers should pay how they want – and that we need to go where they are. So if they want to pay when they’re inside the car or using wearables, we will make sure they can.

“The Commerce for Every Device program puts in place a standard for expanding secure contactless and embedded payment options into all sorts of devices.”

Of course, this explosion of payments possibilities is only possible because of new technologies. And perhaps the most significant of them all is tokenisation.

Here, any device that can make a payment sends a token over the air rather than the card credentials. The token will be unique to the device so that the card network can recognise it and link it to the account. Obviously, the token would be useless to any fraudster that tries to intercept the payment.

All of the card networks support this technology. And Mastercard does so through its Mastercard Digital Enablement Services (MDES), which makes it simple for third parties to plug tokenization, security, identification and authentication in devices, apps and websites.

When it was unveiled, Ed McLaughlin, Chief Emerging Payments Officer at MasterCard, said: “This program eliminates the boundaries of how we pay by delivering a secure digital payment experience to virtually anything – rings, fitness and smart bands, car key fobs, apparel, and whatever comes along next.”

And in January 2016, that led to the inevitable: payment by fridge. Yes, Mastercard announced ‘Groceries’, an app that lets consumers order directly from Samsung’s Family Hub refrigerator. It comes pre-loaded with the fridge and links to online stores run by FreshDirect in the US.

Fridges are, of course, something of a cliche in any discussion of the IoT.

Ultimately, says Del Valle, MasterCard wants to eliminate the boundaries between how we shop and how we pay. “We now have the capability to help people pay at the same moment as they are shopping. That kind of reduction in friction will make a really meaningful difference to people.”

In recent weeks, the company has stepped up its activity here. In October it announced a partnership with FitPay to accelerate the embedding of contactless payments into wearables. FitPay is a specialist in integrating payments into devices like watches. It confirmed manufacturer Wearatec as one of thefirst signatories.

Shortly after, Mastercard confirmed a move into conversational commerce: it unveiled Facebook Messenger bot pilots for its partner banks and merchants. The idea is to let people chat with artificially intelligent agents inside a messenger app. Once they have linked their accounts to their messenger ID, the bot can answer all manner of questions.

Customers can use the bot to check their balances, set up transfers, study their spending habits and more. Answers come in real time and, to the account holder, it feels as natural as texting a friend.

Meanwhile Mastercard Bot Commerce API ensures that merchants can embed easy payments inside their bots. So, when a shopper is ‘chatting’ to a brand and decides to make a purchase, he or she can check out with one click inside the chat session.

“It’s a safe transaction experience that takes just one click,” says Del Valle. “And it can all happen without the customer having to leave the chat session and go to another payment screen on a web site.”

Join MEF Members and guest speakers for this half-day programme featuring four expert sessions taking an in-depth look at the regulation, use cases, trends and drivers that are disrupting and enabling game-changing opportunities for businesses and consumers alike when it comes to personal data. Sessions include focus on GDPR, Privacy ‘2.0’, Digital Identity and the Personal Data Economy. 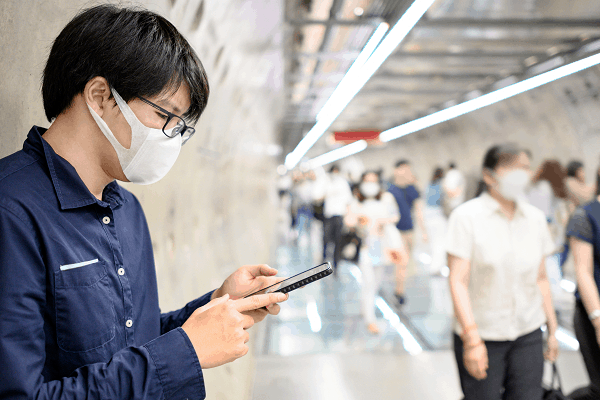 The digital response to COVID-19