Pixel: why the future of search made Google a mobile phone maker

For nearly a decade Google stayed out of the hardware market. But now a new range of devices branded with a ‘G’ puts the tech giant in direct competition with Apple. Why now? It’s all to do with the uncertain future of search…

For the last ten years, there’s been an uneasy truce between Apple and Google in mobile.

A year after the iPhone launched in 2007, Google unveiled a phone – the Dream – based on its Android OS. It was inferior to the iPhone, a bit ugly, but it embraced the basic innovations of Apple’s flagship device: touchscreen, tap, swipe etc.

Apple didn’t like it. Famously, Steve Jobs said: “I’m going to destroy Android, because it’s a stolen product. I’m willing to go thermonuclear war on this.”

He didn’t though. And the key point was that Google didn’t make the Dream. HTC did. And every subsequent Google-endorsed Nexus phone was made by a specialist OEM.

Thus, Google was never directly competing with Apple in the hardware space.

On Monday, the search giant unveiled its own mobile device range – the Pixel. And though the phones are built by HTC, they are badged with the name Google for the first time.

Here’s a quick run down

Google has used Pixel before as a brand name for tablets and laptops. It is clearly positioning Pixel as a premium mobile brand.

Made from 2.5D Corning Gorilla Glass 4 on the front display and back glass and ‘aerospace grade’ aluminum body.

The ‘Pixel Imprint’ fingerprint sensor is on the back of the phone. You can swipe it to access your notifications.

It’s the re-named and re-booted Google Now. On one level, it’s the home for the voice search option (say “Ok Google” or touch and hold the Home button). But Google Assistant is also contextual. It gets to know your likes, location, calendar and so on in order to offer useful suggestions.

Google claims it’s the ‘highest rated smartphone camera anyone has ever made’. The 12.3MP camera has DxOMark Mobile score of 89 – the best in the market apparently. Very good in low light.

Cloud back up doesn’t run out – a key point scored against iPhone.

Up to seven hours of power in 15 minutes of charging.

Very Silver, Quite Black or Really Blue (they are genuinely called this)

So the battle has commenced.

Of course, Google has made hardware in the past. The Chromecast TV dongle, for example. But in mobile, it’s kept manufacturing at arm’s length. The Pixel changes that. It’s also emphatically high end – another first for Google (which also confirmed the mid-priced Nexus range is finished).

So why the change?

One big reason: Google Assistant. This is the re-named and re-vamped identity for Google Now. Anyone who has used Now/Assistant can testify to its excellence. It essentially provides contextual search.

With Now, Android users could swipe right to reveal tiles that make suggestions based on their calendar, emails, browsing history, location and so on. It sounds creepy, bu
t actually it’s addictive.

Assistant builds on this, making voice more central to the process.

And Google clearly sees it as key to the future of search as users increasingly live their lives on mobile and move away from the search box.

It’s been explicit about this, as the video for Assistant shows.

So it wants to make a device that showcases Assistant at its best. Rick Osterloh, head of hardware at Google, told The Verge: “Fundamentally, we believe that a lot of the innovation that we want to do now ends up requiring controlling the end-to-end user experience.”

Assistant underlies many other core products and services that Google is building. There’s the recently launched Allo messaging app, which prompts the user with contextual suggestions.

And there’s Google Home – the search firm’s rival to Amazon Echo. Google Home consists of a speaker that listens when you say “OK Google” and then answers your questions. It can play videos and music, tell you about your calendar commitments, set reminders, answer questions and so on.

Of course, Google’s hardware move is not just about branding and manufacturing. It compels the firm to work with retail too. In the UK, for example, it has worked out an exclusive with EE. What an about turn. Just a few years ago Google tried (unsuccessfully) to launch a direct sales operation for its Nexus phones.

With Assistant at the centre of Google’s new vision for search, (CEO Sundar Pichai says it wants to make Assistant “universally available”), there could be many more devices to come. Tablets, wearables, maybe even cars. 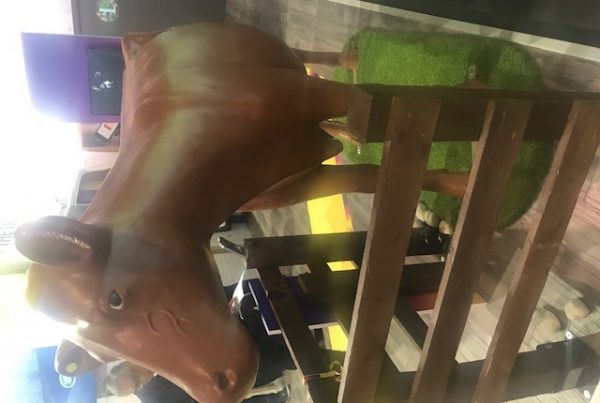