A review of robocalls and SMS spam

Big brands are not the only ones using bots, more unscrupulous parts of the industry are also using them to gain an advantage over unwary consumers. Here MEF member and anti spam solution provider Hiya takes a look at some of the more common phone bot scams…

Robots are getting pretty crafty these days, so crafty that they’ve got phone scamming down. While it’s pretty entertaining to picture an actual robot sitting on the other end of the line hoping to convince you sign up for their services, it gets old pretty quickly.

And, as an Ars Technica article pointed out, interactive voice response (IVR) programs are not quite as charming as Wall-E trying to romance his way into the mechanical heart of his robot lady friend, Eve. 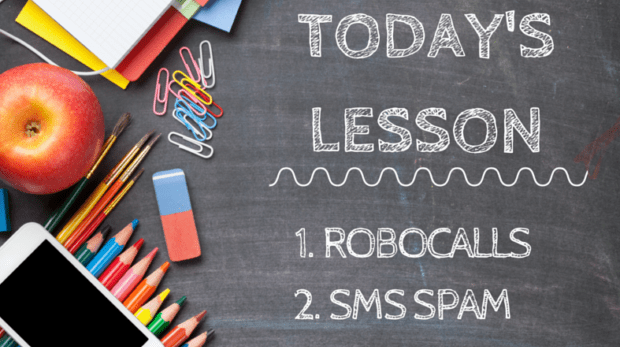 Gone are the days of monotone robocalls, hello to the advanced quality of computer programming and vocal inflection of today’s robots! Robocalls are to the point where it can be pretty difficult to tell if you’re talking to robot or person.

In fact, IVR bots tend to venture into what’s known as the uncanny valley, an ambiguous and uncomfortable twilight zone where computers come too close to being human-like both in appearance and sound, but are just robotic enough to be inhuman. In other words, this situation gives you the creeps.

However, if you probe the robocallers long enough, it quickly becomes clear that you’re dealing with an IVR program spouting a scripted pitch.

Spammers using this technology are also experts at changing up the phone number that pops up on your phone, often using a local area code; this is also known as “spoofing.”

It leads you to believe that it’s a legitimate person or business calling. That’s one of the reasons that we developed Hiya: to enable you to immediately identify and block spam calls. You don’t have to waste a second listening to “Bob” ask you how your day is going, and potentially coaxing you into disclosing sensitive information. However, spam isn’t limited to robocalls, as iPhone owners have learned.

Making a mess of iMessage

For iPhone users, iMessage is a pretty useful way to dodge data fees. But it doesn’t stop there: almost all Apple products are connected to the iMessage system, which allows for free communication to anyone with the brand’s devices.

It’s also a great way for spammers to get their annoying messages in front of a massive amount of consumers. It’s a dream come true for scammers with knowledge of Apple scripts. Wired explained that the perpetrators of a spam attack from August 2014, used Apple’s own code to carry out the campaign.

Who can resist knock-off luxury purses and faux-Oakley sunglasses? Plus, the workaround that Apple put into place was pretty clunky. Users had to send Apple a screenshot of the spam message, phone number or email, and details about when it was sent. Even then, it took a few days to see results.

Now, the Cupertino-based tech company has upgraded its spam blocking functionality in the latest iOS version. CNET explained that you’re able to filter out unknown senders and mark them as junk. That’s great that Apple is taking the time to boost their blocking capabilities, but the reality is that there needs to be better spam detection.

This post originally appeared on the Hiya blog and is reused with kind permission.