Transforming Zimbabwe in to a cash-lite economy with mobile money

This article originally appeared in MEF’s Regional eBulletin – Africa Edition which includes news, a report on messaging in Africa, VAS regulation in Nigeria and further insights from Huawei. Downloaded it for free here. 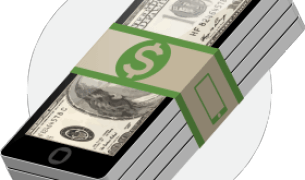 EcoCash has grown as a viable alternative to cash for millions of Zimbabweans. It started out by letting users pay each other with a simple text or USSD message. But in time, it acted as a springboard to more ‘conventional’ financial services to support people looking to save, borrow or transfer money.

Rewind to 2008 and hyperinflation was wreaking havoc in Zimbabwe. A bottle of Coke could cost ZIM $50 Billion in the morning could sell for over ZIM $150 Billion in the evening – a hike of over 300 per cent. This was what living in Zimbabwe was like in 2008.

By 2009 the Zimbabwean Dollar wasn’t worth the paper it was printed on and was soon replaced by the US Dollar (I have a worthless Zimbabwean trillion-dollar note that I’ve kept for posterity).

Although the currency shift managed to control the wildly galloping inflation it also gave rise to new problems and challenges, not least the dollarization of the economy wiped out the bank-based savings of millions of Zimbabweans.

As a result, people lost trust in banking institutions and turned to informal payment channels. Moreover, with $1 being the minimum currency in use, Zimbabweans experienced an acute coin shortage leading to a “change problem”.

Fast forward to 2015 and the African country’s economy is rebounding, the change problem has been marginalized and financial inclusion is a reality for millions of Zimbabweans. A key driver of transformation is EcoCash, Zimbabwe’s first and most prominent mobile money service.

Launched in 2011, by Econet Wireless, Zimbabwe’s leading mobile operator, and based on Mahindra Comviva’s mobiquity® Money platform, EcoCash has grown as a viable alternative to cash for millions of Zimbabweans. It started out by letting users pay each other with a simple text or USSD message. But in time, it acted as a springboard to more ‘conventional’ financial services to support people looking to save, borrow or transfer money.

EcoCash introduced EcoCash Save, a mobile-based savings service that allows customers to save money and earn interest. Unlike traditional banks which require multiple prerequisites for opening an account, EcoCash Save does not require any documentation, opening balance or maintenance fee. To operate the service, customers need to transfer money from EcoCash Wallet to EcoCash Save account to deposit the money and vice versa to withdraw the money.

EcoCash extended individual savings to group savings by introducing Savings Club, a mobile-based group savings scheme that can be initiated by any EcoCash user who can invite participants to join and make safe and seamless fund transfers via SMS.

Crucially the service is aimed at smaller (previously unbanked) groups like the
self-employed, informal sector entrepreneurs, street vendors and women’s groups. A small farmer in need of some capital for buying seeds or an expectant mother in need of financial support while her baby is on the way are typical use-cases.

In this way, EcoCash is driving socio-economic benefits and laying a strong economic base by mobilizing small deposits from the financially excluded. Prior to EcoCash Save and Saving Club that cash might as well have been (and often was) kept under a mattress.

Taking that a step further, in 2015, Mahindra Comviva worked with Econet Wireless and MasterCard to issue debit cards to users of the EcoCash Wallet. It was the largest rollout of secure EMV Chip and PIN payment cards in Zimbabwe, and the first time that MasterCard debit cards were made available to consumers using mobile money services in Africa.

Today, EcoCash is used by more than 5.795 million Zimbabweans according to a report from the telecoms regulator POTRAZ. In Econet’s 2015-16 financial report, EcoCash was recorded as having handled $6.6 billion worth of transactions. And now, The Reserve Bank of Zimbabwe has indicated that it wants cashless transactions to account for 80 per cent of all transactions by 2021. Currently, they represent 20 per cent.

What’s interesting is how the EcoCash example has effectively expanded the mobile money model in two important directions.

Firstly, it doesn’t just depend on the transfer of funds between individuals (or via an agent for cash-out) rather it includes bill and merchant payments as well as savings and borrowing, which extends the financial dynamics of the service and the benefits to its users.

Moreover, the value-chain is greater than the sum of its parts, including consumers, agents, merchants, Econet Wireless and Steward Bank.

Secondly, EcoCash has broken out of the singular approach of just using a mobile device as the transaction bearer. By providing and linking bank-cards to each account holder, EcoCash extends the opportunity for users to buy goods online, withdraw cash at ATM’s or buy goods via point-of-sale machines in stores. In other words the introduction of the EcoCash service is stimulating new areas of commerce in the country.

Mahindra Comviva is now helping many operators to look beyond payment and launch into insurance, loans, savings and so on. You don’t need interoperability for these products to work and users love these services because they drastically reduce paperwork, and are available to millions of people who would otherwise simply not be able to save or borrow.

Supported by Huawei and Mahindra Comviva, download our quarterly eBulletin for  insight into the African mobile ecosystem with news and market data from across the continent.

Filled with insights, interviews and opinion from industry experts, the regional spotlight will help to understand how the pan-African mobile ecosystem is taking shape across 54 countries united by an entrepreneurial spirit and an insatiable mobile-first appetite. 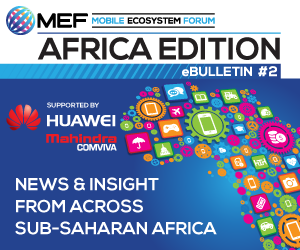