There was a time when a payments network had to do one thing: verify and process transactions made with pieces of plastic in shops. Not any more. Payments have gone virtual. People expect to make them anywhere. Last week, Visa responded to this change by turning into a software company. Tim Green looked more closely…

Did you happen to catch the Visa announcement a few days ago? You know, the one that said: the developers have won and now we’re changing everything. Actually it didn’t say that. It said: ‘Visa Opens its Global Network with Launch of Visa Developer’. 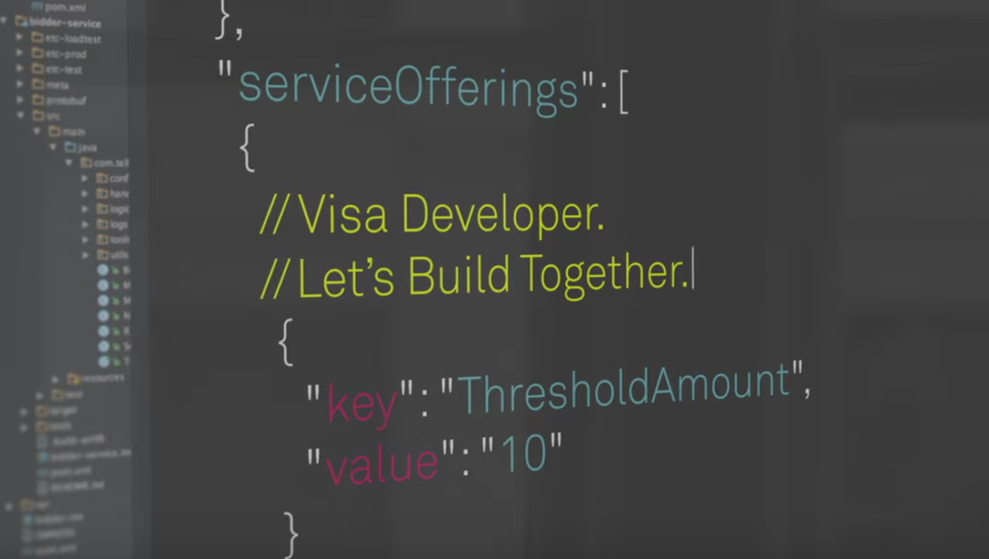 Visa is hoping that developers will do for its payment services what they have done for Apple’s iPhone or Facebook’s social network – produce such delightful experiences that users stay loyal to the network.

But my version would have made a much more eye-catching headline, I think.

Because this was a seriously big bit of news. One that reflected the way that payment – thanks largely to mobile – has flipped upside down in just a few years.

Visa knows this. And to its credit, it’s done something pretty radical about it.

As its CEO Charlie Scharf confirmed in a webcast, the company has just gone from being a hardware-based network to a software company.

Thus Visa has made more than 150 APIs open to any third-party that wants to integrate Visa services into its products.

What does that mean? Well, the most obvious use case is embedding Visa Checkout. This is Visa’s wallet product, one that lets any signed-in user complete a Visa purchase with just a PIN (a bit like PayPal).

In fact, one Visa partner, VenueNext, already used the APIs to develop an app that let spectators at the Super Bowl order and pay for drinks and have them delivered to their seats.

Another Dubai-based developer is experimenting with a service that can use Visa’s customer identity services to authenticate accounts. This is critical in a country with many transient workers.

It’s such a big change.

Previously these APIs were only available to huge banks and retail corporations. Integrating payments services was something CFOs were in charge of. Now, any modestly resourced developer team can have access in a few lines of code to network that handles 100 billion transactions a year in 200 countries.

Clearly, Visa (and also MasterCard, which has its own developer API program) is hoping that developers will do for its payment services what they did for Apple’s iPhone or Facebook’s social network – produce such delightful experiences that users stay loyal to the wider network.

Visa had little choice but to respond this way. It would be lazy and inaccurate to say that the new wallets like Apple Pay and Android Pay, and the new breed of app-friendly processors, like Stripe and Braintree are stealing Visa’s business. In fact, they all run on Visa’s payment rails.
But the more they grow, the more they hold the potential to evolve into something else that could threaten Visa. Apple could, for example, route payments straight from the banks.

In fact, Mark Jamison, SVP of global new product, name-checked Apple, Alphabet, and Amazon to Facebook and Microsoft (and alluded to the New York Times’ name for them: the Frightful 5) in a blog.
He said they had shown how “network effects mean that scale and standardized instant access to distribution wins”.

And he believes Visa can beat them at this game. “No other company in this space has yet to deliver the customer density, global reach and scale that will be available through Visa’s open platform.”

The same global reach and scale underpinned another unassuming recent press announcement from Visa. One that could prove almost as significant.

The launch of the Visa Commerce Network marks Visa’s attempt to do something about loyalty.

Let’s face is, customer loyalty programmes are a nightmare. So many cards or bits of paper. No way of knowing what you balances are.

The Visa Commerce Network lets merchants easily link their programmes to any Visa purchase. So whenever a customer makes a payment, their balance is topped up (or they can redeem it for offers).

So, for example, a hotel could give visitors points to use at local restaurants – and all they’d need to do is pay with Visa. No need for coupons or redemption schemes.

Needless to say, it would all work even better when paying by mobile as the info would be instantly visible to the customer.

I’m not sure whether there’s an API for Visa Commerce Network yet. If not, I’m sure there will be. Imagine thousands of developers linking to it after a few minutes of coding.

This is, of course, what Apple wants for Apple Wallet. Another showdown to watch.

What an interesting time to be a payments geek.