What are the latest forecasts for mobile and VR? How big has Facebook in-app advertising? How could music streaming reduce mobile operator churn?

US holiday spending by mobile up 59 per cent

The final tallies for Christmas shopping are in, and they show yet again that mobile commerce is surging.
New stats from ComScore reveal that total digital spend for the US holiday season reached $69.1 billion, against $61.3 billion spent in the 2014 season. Mobile commerce comprised $12.7 billion of it, which was 59 per cent up on the previous year. $56.4 billion was spent online on desktop computers – a 6 per cent rise.
Unsurprisingly, Cyber Monday was the biggest spending day of the year, with more than $2 billion in desktop buying for the second year in a row.
Here are the key stats:
ComScore chairman emeritus Gian Fulgoni said the numbers were slightly down on forecasts. “Fairly early on it became clear that desktop e-commerce would likely underperform our expectations while mobile commerce was  poised to over perform,” he said.
“Where the season ultimately fell short was in the last two weeks of the year, and in particular the week before Christmas. We had anticipated heavy desktop spending through Free Shipping Day on December 18th that unfortunately did not materialize, and spending began to soften more than expected by the Wednesday of that week.”

It only launched in October 2014, but already Facebook Audience Network has passed $1bn in annual run rate.
FAN gives advertisers access to in-app inventory and users Facebook’s data to target specific audiences. It’s been a huge success. Facebook just blogged the revenue milestone and says the number of apps that have joined FAN increased ten-fold from a year ago. Brand users include Dentsu Aegis, Home Depot and Spotify.
Alvin Bowles, Facebook head of global publisher sales and operations, said: “With Audience Network, we will continue to introduce new ways for publishers to take advantage of everything that makes Facebook ads valuable to our partners: high-quality demand, people-based marketing, measurement and our ads delivery engine.”

Virtual Reality to generate $5.1 billion in sales this year

2016 will be a landmark year for VR, with all the major hardware projects scheduled to launch. Will the tech transform the market, or be the new 3DTV?
Superheat Research in unequivocal. It predicts consumers will spend $5.1 billion on VR hardware and software this year. That will equate to 56 million devices in the market.
The firm reckons most of these will be inexpensive options like Google Cardboard or the many headsets that house smartphones. Of course, this doesn’t mean that most attention will be on the respective performances of the three big hardware launches: PlayStation VR, Oculus Rift, or Vive.
“Initially, affordable smartphone devices will drive the bulk of sales as consumers first explore virtual reality before committing to the more expensive platforms,” SuperData research director Stephanie Llamas said. “After this first wave, consumers will likely move more high-end VR devices on PC.”

A new study by MusiComms of more than 4,000 customers found 40 per cent would change to a new mobile provider if they were offered free music.
The stats also revealed that nearly 25 per cent would buy streaming services from car manufacturers and 15 per cent would buy from providers of  cable, telco or satellite.
It’s all very encouraging for advocates of streaming music who have long argued that bundles are the best way to capture revenue from those who resist stand alone subscriptions.

Apple users spend $1.1 billion on apps and in-app purchases over Christmas and New Year
The 2015/16 holiday season was the biggest ever for its Apple App Store, with January 1 2016 the biggest single day in its history.
Overall revenue for the period passed $1.1bn, with customers spending more than $144 million on New Year’s Day.
The data comes from Apple’s end of year round up, in which it also said it has paid nearly $40 billion to developers since launching the App Store in 2008. More than a third of that pay-out came in 2016.
Apple believes its app economy is now responsible for creating and supporting 1.9 million jobs in the US alone. Nearly three-quarters of those jobs — over 1.4 million — are app creators, software engineers and entrepreneurs.
The most popular products in 2015 were games such as Minecraft: Pocket Edition, Trivia Crack Heads Up!, Clash of Clans, Monster Strike, Game of War – Fire Age and Fantasy Westward Journey. Netflix, Hulu and Match dominated the subscription downloads.
Read more…

Smartphone lull? Only 48 per cent of consumers plan to buy a new one this year

Accenture has identified signs of consumer boredom with mobile tech. It surveyed more than 28,000 consumers in 28 countries, and found that 48 per cent expect to buy a new phone this year –  that’s down 6 points from last year. It’s the first drop since Accenture started doing this survey almost a decade ago.
Perhaps smartphones are a victim of their own success. They’re so good now, that new models can only offer incremental improvement – not enough to persuade some consumers to upgrade. The study reveals that in China demand for a new phone has fallen from 82 per cent last year to only 61 per cent in 2016.
Equally worrying is consumers appear uninspired by new sectors like wearables and connected devices. The study revealed flat demand for  these products, fuelled by worries about security and privacy.
Read more… 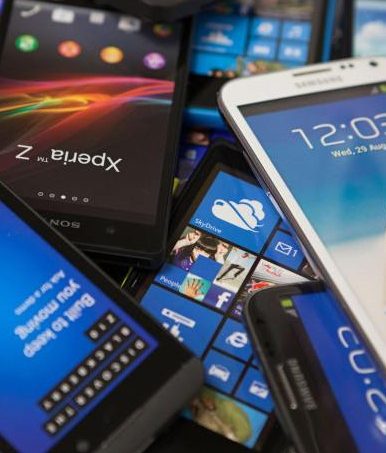 The superpower of streaming TV is taking its service to nearly every country in the world. Netflix revealed at CES that it is now available in an additional 130 countries – and it had identified mobile as key to its growth.

The firm is now working with phone networks and handset makers to let users resister and pay with a single click. Netflix knows that the mobile experience is crucial given that so many new users will not have access to PCs and tablets.

In the past Netflix has partnered with companies like Samsung, LG, Microsoft and Google – as well as many mobile operators – to ease access to its TV service. Its CEO Reed Hastings explained that Netflix engineers are looking at new ways to compress data even more to make viewing seamless on any device at any broadband speed.

The new expansion takes Netflix to major markets like India, South Korea, Turkey, and Poland. But still no China.