Sometimes, when people are very nice to me – or offer me money – I give a little talk on mobile payment.

I start by saying that mobile payment is confusing. Well, it is to me. And I’m pretending to be the expert.

I’m joking. If you’re paying me, I am very much the expert.

But to make things easier to grasp, I like to draw the distinction between mobile online payment (buying stuff through apps and sites) and mobile proximity payment (using your phone like a wallet in a shop). 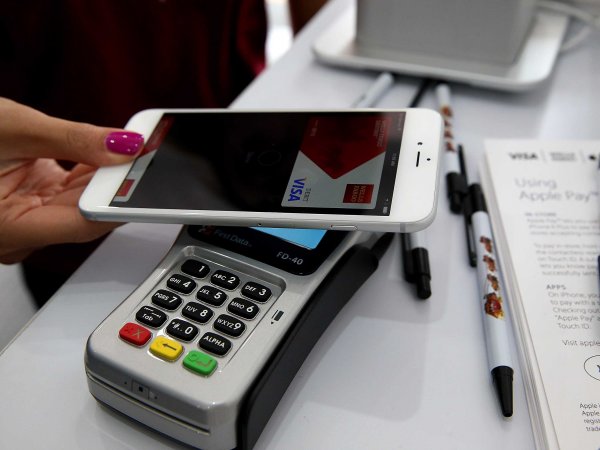 It’s a good distinction to make because it explains the contradictory headlines we read every day.

On the other: ‘Mobile payment systems fail to take off’.

Quite simply, millions of us take out our phones to buy things we don’t need while sitting on the sofa or on the train or on what we Brits like to call the throne.

But when we enter a shop, we revert back to plastic or cash. We do so despite the many attempts by huge companies (PayPal, Apple) and indies (Yoyo, LevelUp) to persuade us to put our money inside mobile wallets.

Now, this is not to say that in-store mobile payments will never work. It’s just that payment itself is not the problem. Rather, it’s queuing. Or knowing where the discounts are. Or redeeming special offers without fishing around for bits or paper.

Hence those two sets of headlines.

Indeed, new stats from Infoscout suggest even the Apple factor can’t shift this behaviour. It said that over the Black Friday weekend, only 2.7 per cent of those with eligible iPhones used Apple Pay.

Now, this is not to say that in-store mobile payments will never work. It’s just that payment itself is not the problem. Rather, it’s queuing. Or knowing where the discounts are. Or redeeming special offers without fishing around for bits or paper. Or checking your loyalty points.

Mobile payment has the potential to tackle these headaches. With a well designed-app, you can eradicate all the fuss with a few clicks.

But did you notice I used the word ‘app’ there? Yes, and there’s the wrinkle.

Many clever people believe the future shape of in-store mobile payment will essentially be an in-app payment made inside a physical location.

If so, it will be harder and harder to draw the distinction between offline and online.

I thought of this when I Walmart unveiled its own payment service last week. The service basically expands the existing Walmart app so that it can be used in store. Customers launch the app, tap on the card they want and then scan a QR code to check out.

They can also use gift cards and redeem their Savings Catcher loyalty points.

Now, all the headlines described the move as a strike against Apple. And it may well be. I’m sure Walmart doesn’t want Apple acting as a payment layer in its stores.

However, Walmart could easily let shoppers check out with Apple Pay in store as if they were checking out online. It probably won’t. But it could.

Other retailers may be more relaxed about it. After all, checking out a payment with a thumb print is an excellent experience.

The wider point is that the historical emphasis on some kind of physical component for in-store mobile payments (usually tapping on an NFC reader) may be unnecessary.

And if it is, then consumers may well be free to use Apple Pay (or Android Pay or Samsung Pay) in a shop without ever going near a contactless reader.

I may need to change my presentation.