Stripping your browsing of annoying pop-ups sounds great. And it is. But the alternatives could be just as problematic, says Tim Green…

Have you downloaded an ad blocker yet? Do you feel guilty about it? Or are you proud to stick it to the programmatic man?

Yes, ad blockers are the big talking point of the moment after Apple made it OK to download them on devices running iOS 9. It’s all got the industry thinking hard about the rights of wrongs of digital advertising since robots took over ad serving from people about five years ago. 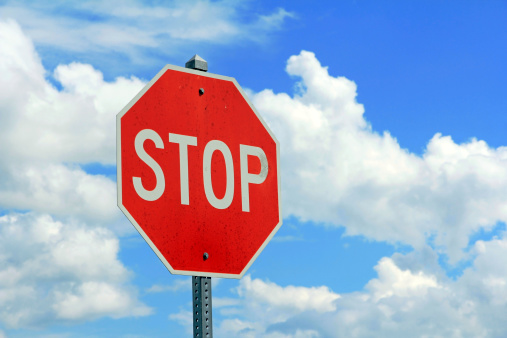 It’s 1979 and I go into my local news agent. Oh look, there’s a copy of a bike magazine. I open it up to look at the helmet reviews. Predictably, there’s an ad for bike helmets next to the page I’m reading. I put this down because my eye has been caught by Funk And Soul Weekly, which features an interview with Maurice White out of Earth Wind and Fire. In it, Maurice talks about how he built his on-stage UFO. Surrounding his words are three ads for bike helmets. Bike helmets. In a funk magazine.

Whether ad blockers stay niche or go ubiquitous, this does feel like a crossroads for the current model of ad-funding. I’m sure we’ll see more sponsored content, native advertising, product placement, on-site commerce and video pre-rolls … It all sounds preferable to annoying pop-ups and slow-loading pages.”

Then I remember, it’s my Mum’s birthday so I check for gift ideas in Patchwork Quilt Now! magazine. It’s full of ads for bike helmets.

Some attractive girls have walked in, so I ditch the embarrassing patchwork magazine and pick up Guitar Axe instead. The magazine is so heavy I can hardly lift it, and it takes ages to even turn the pages. Why is this? I’ll tell you why: because it is overloaded with ads for floral patchwork fabrics. Hundreds of them. The girls are laughing hard now.

So I decide to bite the bullet. I cut out a coupon and buy some floral fabrics anyway (yes, in a news agent – give me some artistic licence here). But it doesn’t make any difference. Even though I’m now reading Today’s Car Mechanic, all I’m seeing is quilt-related adverts. These ads move too. So when I’m halfway through the intro for a piece about pistons, it’s suddenly covered by an ad for floral fabrics. The fabrics I have already bought. Are you getting the idea?

The newish world of programmatic advertising has loosened the ties between publishers and readers. Today, most publishers rely on third parties to serve ads, and these ads are more about the reader than about the thing they’re reading about. Hence bike helmets in funk magazines.

This might seem sensible. Ads based on my profile and browsing history should be highly relevant. But, as the thought experiment above shows, these systems can also get things laughably wrong. They don’t know when you’re shopping for someone else. Or when you’ve already bought something. And all that profiling takes processing power too, so simple pages of text take ages to load.

Now, of course, Apple is offering its users a way out. It’s hard to guess the impact. Could be that ad-blockers go viral and everyone installs them. Equally, they could just be for the hardcore. The early signs suggest a pretty strong demand. In the first week since iOS9 was released, the 10 most popular ad-blocking apps were downloaded nearly 600,000 times. The paid-for app charts are full of them. Oh, the irony. Publishers fund their sites with advertising because no one wants to pay for content, then people pay for blockers to remove the advertising.

Whether ad blockers stay niche or go ubiquitous, this does feel like a crossroads for the current model of ad-funding. I’m sure we’ll see more sponsored content, native advertising, product placement, on-site commerce and video pre-rolls (all of which are untouched by ad blockers). It all sounds preferable to annoying pop-ups and slow-loading pages.

But things are never that simple. Do we really want to a world that blurs the line between ad and editorial?

And do we want to see a media dominated by a handful of uber-powerful news platforms?

Think about it. If independent publishers struggle to monetise their own sites, they may choose to host all their content on others that can. Channels like Facebook, Apple News and Medium are immune from ad blocking. And they offer millions of potential viewers plus a guaranteed ad-split.

Tempting. But what happened to the free press?