By MEFSeptember 18, 2015News Roundup
No Comments

Mhealth market to hit $18B in 2016, driving toward connected cars, Kenya at the forefront of the mobile money boom in Africa plus all the week’s global mobile stories…

Report: mHealth Market Will Account for Nearly $18B in 2016 Alone

Research and Markets estimates that the mHealthmarket will account for nearly $18 Billion in 2016 alone. Despite barriers relating to regulation, patient acceptance and privacy concerns, estimates suggest further growth at a CAGR of 40% over the next 5 years. 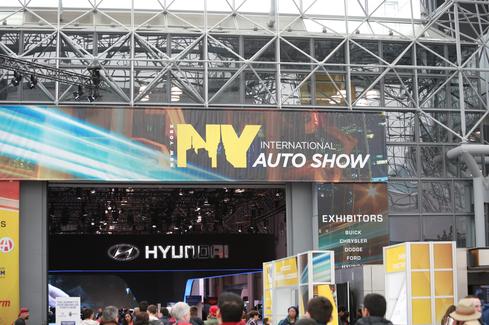 Car customers increasingly want connectivity in vehicles. That desire is driving change in the auto industry.

A report published on Tuesday, Sep. 15, by global consultancy McKinsey, “Competing for the Connected Customer: Perspectives on the Opportunities Created by Car Connectivity and Automation,” (summary, full pdf here) finds that 37% of car customers in the China, Germany, and the US would switch to a car made by a different manufacturer if that were the only way to have full access to their applications, data, and media.

Kenya at the Forefront of the Mobile Money Boom in Africa

Technological trends have put Kenya at the forefront of the mobile money boom in Africa. Statistics from the Central Bank of Kenya indicate that Kenyans transferred over KShs 1 trillion between January and June this year. The increasing competition between players has led to the growth in mobile payments in Kenya.

“With the mobile space continuing to attract attention both for payment processing and money transfers, we expect continued growth as more products and services are loaded onto the mobile platforms,” said analysts at Nairobi-based Standard Investment Bank (SIB).

Facebook has shared new statistics revealing that 7.1 million Nigerians use Facebook daily and 15 million are active every month. Almost all these people are coming to Facebook on a mobile device: 100 percent of Nigerian monthly users are active on mobile as are 95 percent of Kenya’s monthly users.

This follows the recent announcement that Facebook’s active user population in Africa has grown 20 percent to 120 million in June 2015 from 100 million in September 2014. More than 80 percent of these people access Facebook from their mobile phones. Now, 60 percent of all Internet users in Africa are active on Facebook.

Latin America Is Home to a Robust Mobile Market

The mobile industry accounts for between 4% and 5% of Latin America’s economy, compared with about 2% in more developed markets such as the US and major European countries. And there’s no doubt that this is one of the world’s biggest mobile markets.

In early 2015, regional operator America Móvil boasted nearly 300 million subscribers in 18 countries. eMarketer estimates that the total number of mobile phone users in Latin America will pass 396 million this year—compared with 258 million in the US.

Moreover, Latin America boasts a fast-growing population of smartphone and tablet users. eMarketer estimates that more than 155 million residents in the region will use a smartphone in 2015. Just two countries, Brazil and Mexico, will be home to a combined total of nearly 100 million smartphone users in 2016. – See more at: http://www.emarketer.com/Article/Latin-America-Home-Robust-Mobile-Market/1012985#sthash.XJox3QM2.dpuf

Business & the mobile app: Customer service is the #1 priority

Improving customer service is the top priority for businesses building mobile apps today, according to a new survey of mid-sized and large companies.

Five years ago, everyone wanted to have an app because … well, it was the cool thing to do. Today, every business needs an app in order to get closer to their customers and deliver effective, immediate customer service.

Today, businesses are much more practical — and realistic — according to a survey by mobile marketing automation vendor FollowAnalytics.

38 percent of the survey’s 451 respondents said their primarily purpose in creating an app was improving customer service. Another 12 percent said it was to foster customer loyalty, and slightly more than a quarter wanted to extend their customer experiences beyond the Web.

A new study from Juniper Research has found that the number of mobile wallets using contactless technology is expected to reach 200 million by the end of 2016, representing growth of more than 100% from the end of 2014.

The research found that while historic growth of mobile wallet usage was driven by P2P (Person to Person) services for the unbanked in developing markets, the launch of Apple Pay has prompted a hive of activity in the contactless arena. It argued that with public awareness of contactless heightened in the wake of Apple’s launch, competing services such as Samsung Pay and the forthcoming Android Pay would no longer need to seed the market. Now in the final countdown to the Wednesday, September 16 release of Apple’s mobile iOS 9 and September 30th release of desktop OS X El Capitan, content providers are freaking out revenue loss because the update will feature a “native” built-in ad-blocking extension.

Most Internet content providers’ generate revenue by selling adverts that display when users take advantage of “free” access to their publications.  Although installing extensions, like Adblock Plus, on desktop computers to stop adverts from reaching users is now common. Currently it is estimated by Adobe, which makes ad blocking software, that there are 198 million people worldwide that currently are active users of ad blockers. Google is already losing 10 percent of annual revenue due to adblockers, according to PageFair analysts.

Online sales in August 2015 grew at their weakest rate in 15 years, according to IMRG figures out today.

The latest IMRG Capgemini e-Retail Sales Index puts UK online retail sales growth for August at 5% year-on-year, and down by 6% compared to July. It’s the weakest-performing August since the index was launched in 2000 and compares strongly to last August, when sales grew by 18%. IMRG says the figures may be down to a later Bank Holiday and a delay in back-to-school shopping. Despite this dip however, the Index has seen a solid year-to-date increase of 10%. 44 Per Cent of Online Video Views on Mobile Devices

Since Q2 2012, mobile viewing has grown at an annual compound growth rate of 111 per cent, peaking at that 44 per cent of all online viewing figure in Q2 2015. This growth represents an increase of 844 per cent since 2012. That said, this is the first quarter that mobile viewing hasn’t increased at a double-digit rate, though signs point to double digit year-on-year year growth. ZenithOptimedia, a global media services network, expects global online viewing to grow by 23 per cent in 2015, and another 20 per cent in 2016, and attributes the majority of growth to mobile viewing as smartphones and tablets penetrate global markets.