The latest 2015 smartphone report from Futuresource Consulting confirms that market disruption in emerging markets caused by the wave of local smartphone vendors is showing no signs of dissipating. Well-known brands including HTC, Microsoft and Sony are all struggling to keep pace with the emergence of strong Chinese and Indian manufacturers.

This latest 2015 report explores the changing ecosystem, highlighting how new local vendors such as Xiaomi have celebrated continued growth (up 33 per cent in H1 2015) even after a massive growth spike of 231 per cent in 2014. Its successful strategy, based on a strong online and social media presence and building customer engagement, is further fuelled by flash sales, low price points for attractive handsets and key strategic distribution partnership deals.

Mobile money transfers will rise by 150 per cent this year

A report by Juniper Research says the mobile money transfer space is set for a huge boom, with more than 13bn transactions in 2015 alone.

The new research, “Mobile Money Transfer & Remittances: Domestic & International Markets 2015-2020” concluded that the push by social media firms into the sector is powering the growth.

Among the stats backing the assertion were that Venmo moves nearly $1 billion per quarter, while WeChat and Alipay powered more than 3.3 billion P2P transactions in just 6 days over the Chinese New Year period.

Global mHealth Services Market to Reach $23B by 2020

The global mHealth services market is estimated to grow at a CAGR of 23.9% between 2014 and 2020, to reach an estimated value of US$23.39 billion by 2020, according to new market research publication from U.S.-based Transparency Market Research. The report, titled ‘mHealth Services (Prevention, Monitoring, Diagnostic, Treatment, Information and reference, Wellness, and Healthcare strengthening services) Market – Global Industry Analysis, Size, Share, Growth, Trends and Forecast 2014 – 2020′, segments the global mHealth market according to application, type of service, and type of end user.

Apple stock fell down and stayed down Wednesday morning, as investors seemed disappointed by another set of record-breaking results and a lack of fireworks over Apple Watch sales figures. The stock was off by 5% before lunchtime.

Analysts said Apple’s investors are frankly spoiled. “The sharp plunge in the stock price can partly be attributed to the company missing projections for iPhoneshipments and revenue forecasts, but is largely due to the fact that investors had become accustomed to significant earnings beats by Apple,” wrote James Chen, senior market analyst to City Index.

80% of consumers have updated their privacy settings, and other barriers to personalization

We know that using personalization in marketing works, and we are fast heading toward a future where hyper-personalization will become the norm.But those who wish to reach the utopia of “one-to-one marketing” have a number of hurdles to leap, one of which is a key finding in my latest State of Marketing Technology report, released today on VB Insight.

It turns out that not only does almost everybody know how to manage and control their privacy settings, almost 80 percent of people have done so. And as Gerhard Stiene put it in his recent article on ad-blockers, “privacy and targeting are oil and water.”

US Seen As ‘Mobile First’ Market

The United States, Canada and Britain are now mobile first – and increasingly mobile only – in terms of digital consumer behavior, but not all content is keeping up, according to a new report from comScore.

ComScore’s Global Mobile Report found that the U.S. has the highest skew of usage time towards mobile, with 61 percent of time spent on mobile versus 39 percent on desktop. Digging deeper in usage habits, comScore found that smartphone apps account for 43 percent of usage time in the U.S., desktop 39 percent, smartphone browser 6 percent, tablet apps 10 percent and tablet browser 2 percent.

Mobile fraud on the rise: how to fight back

In February 2014, RiskIQ unveiled research that showed how malicious mobile apps in Google Play had spiked nearly 400%. That’s a staggering 388% increase from 2011 to 2013. In 2015, new research found that there were thousands of unauthorised apps and app stores that referenced high-level brands and that 17% of these were already blacklisted as they had failed a virus scan or linked users to a known source of malware.

There are hundreds of thousands of apps and mobile services claiming to offer secure shopping portals or games or entertainment, and a significant percentage of these are actually designed to steal credit card information, banking details and hard-earned cash.

Verizon and Qualcomm are among 15 partners launching Mcity at the University of Michigan this week, a controlled testing environment for connected and automated vehicles that the project participants claim could clear the path for mass-market adoption of driverless cars, reports Business Cloud News.

The facility will allow researchers to simulate environments where connected and automated vehicles will be most challenged – for instance where road signs may be defaced by graffiti, or when traffic lights become faulty or break.

From fitness trackers to drones, how the Internet of Things is transforming the insurance industry

The ability to bring internet connection to nearly every type of consumer device will have huge implications for the insurance industry over the next five years. Insurers looking to cut costs, improve business practices, and better assess clients’ risk levels, will increasingly invest in the Internet of Things (IoT).

Some auto and health insurers are already offering a new type of insurance — usage-based insurance (UBI) that uses IoT devices to track clients’ activity and offer discounts or rewards for healthy and safe behavior. We expect 17 million people will have tried UBI auto insurance by the end of this year. 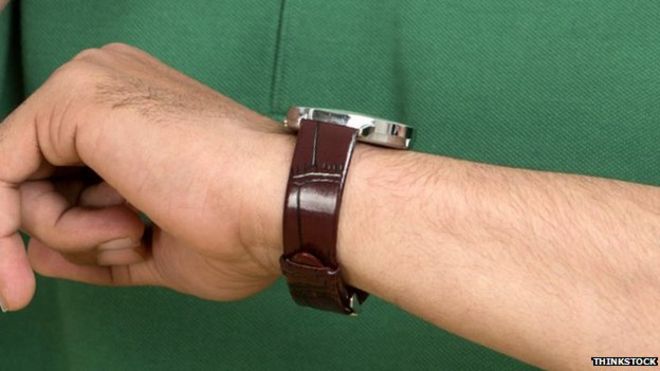 The best-selling smartwatches on the market all have security problems, according to US tech giant Hewlett-Packard.

The company tested 10 wearables for security features, such as password protection and data encryption. It found all the watches had at least one area of concern.

One security expert said manufacturers needed to pay closer attention to customer security. “Keeping up with other manufacturers to be a forerunner in this technology field may force products to be released without the necessary attention to how secure they actually are,” said Mark James, security specialist at online security firm ESET.