Can the Microsoft shake-up get Windows 10 moving in mobile? billions of records at risk from mobile app data flaw, the mobile commerce revolution in India, will mobile Apps decide your product’s success? and more…

Can the Microsoft shake-up get Windows 10 moving in mobile?

Microsoft has a daunting task ahead: making Windows relevant in smartphones again.

Likely realizing the challenges ahead, the world’s largest software maker announced on Wednesday an overhaul of its executive ranks. The most notable change was the departure of Stephen Elop, whose devices business — which includes smartphones — will be integrated into the operating systems group run by Terry Myerson.

‘Billions’ of records at risk from mobile app data flaw

The team of German researchers found 56 million items of unprotected data in the applications it studied in detail, which included games, social networks, messaging, medical and bank transfer apps.

“In almost every category we found an app which has this vulnerability in it,” said Siegfried Rasthofer, part of the team from the Fraunhofer Institute for Secure Information Technology and Darmstadt University of Technology.

Mobile money worth N5bn in Nigeria

Contrary to industry perception that Nigeria’s mobile payment market is stagnant, the country’s financial regulator, the Central Bank of Nigeria (CBN) has said the value of mobile money transactions in Nigeria has grown to N5 billion every year. This was disclosed by the Director, Banking Supervision of the CBN, Dipo Fatokun.

Speaking in Lagos at the Nigeria Electronic Fraud Forum (NEFF) on Cybersecurity: The Need for Standards, Fatokun said the mobile money space, which started in the country about two years ago with 21 mobile money operators, is yet to meet the target set by the CBN.

He added however that: “It is not correct that we have not made progress. It is right that our expectations on mobile money has not been fully met and, probably, because we are very ambitious in setting the target.”

The Mobile Commerce Revolution In India

An article in the Times of India on April 6th ran the headline “Myntra to shut website from May 1.” To a casual observer, this deceptively bland statement might have seemed less than newsworthy. But to those of us in the mobile technology industry, it describes a profound, perhaps watershed moment in the history of e-commerce.

Fast-growing India forecast to have 1.4B mobile connections in 2020

India’s mobile connections are forecast to expand 50 per cent to 1.4 billion by 2020, when mobile penetration will reach 100 per cent.

The country currently has 970 million mobile connections, with about 80 per cent of subscribers on 2G networks, according to Ericsson’s most recent mobility report.

By 2020 4G is expected to account for about 17 per cent of India’s total user base, or 230 million connections. A couple of operators in the country offer 4G service in a few cities, but new-entrant Reliance Jio Infocomm plans to commercially launch 4G services in December, following an “extensive beta launch”.

One minute of consumers’ time on mobile worth £7

Mobile consumers believe that engaging with one minute of advertising on mobile devices is equivalent to £6.80 per consumer for advertisers, a new report has found.

The international study of 4000 people, conducted by Opinium Research and commissioned by Millennial Media, polled consumers across four countries to explore the value exchange consumers have with advertisers in return for letting them into their mobile devices.

What’s My Worth 2015 found that 79 per cent of consumers understand that ads keep content and apps free, with only three per cent paying for ads to not appear on their mobile devices.

My home theater system recently stopped working and I found myself in the market for a specific piece of relatively complex consumer technology: a new receiver. A new home theater receiver is not an insignificant purchase. Surprisingly, the major factor in my decision had nothing to do with price point or technical specs. Instead, I chose a receiver that featured an intuitive mobile app that made the technology easier and more delightful to use.

I bring this up because apps like this are actually changing business models. The first few apps out there might have been gimmicks, but they have evolved into so much more than that. They are becoming the remote control to the Internet of Things. Apps are no longer an accessory; they’re a necessity. 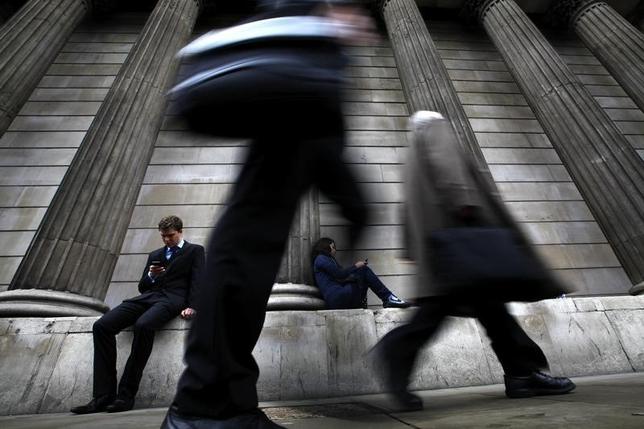 Britons are expected to bank on smartphones and mobile devices more than all other channels combined within five years after a fourfold increase in weekly mobile activity in the past year.

Current account customers are predicted to use their mobile devices more than internet, branch and telephone banking combined by 2020, according to a report released on Monday by Britain’s banking lobby group.

British bank customers were already logging on via mobile devices 73.8 million times a week by the end of March, up from 18.6 million times a year earlier and 9.1 million times in 2013, said the report by the British Bankers’ Association (BBA) and consultancy firm EY.

Like many edtech startups in Japan, Arcterus targets the country’s ubiquitous juku, or cram schools – after-school tutoring academies that have grown into a US$10 billion industry.

The Japanese educational system is largely based on rote memorization and standardized tests. Getting into a respected high school, university, or career is also largely based on a student’s performance on rigorous entrance exams. The juku industry has become such an economic force because parents are willing to do just about anything – and pay any price – to ensure their child’s success. “Showrooming” has been a worry for brick-and-mortar retailers since the advent of the smartphone. That’s when a customer looks at a product on the shelf, searches online for more information, sees a cheaper price, and buys online.

But new research by a University of Michigan Ross School of Business marketing professor shows that fear may be overblown. In one of the first studies to track how and when people search for product information, he’s found that it’s not all about price for consumers.

“It’s popular wisdom that people use their mobile devices to showroom, but it looks like people are doing much more than that,” said Puneet Manchanda, the Isadore and Leon Winkelman Professor of Marketing. “It seems like it might be an overblown concern. We were actually surprised by that, and other things we found.”